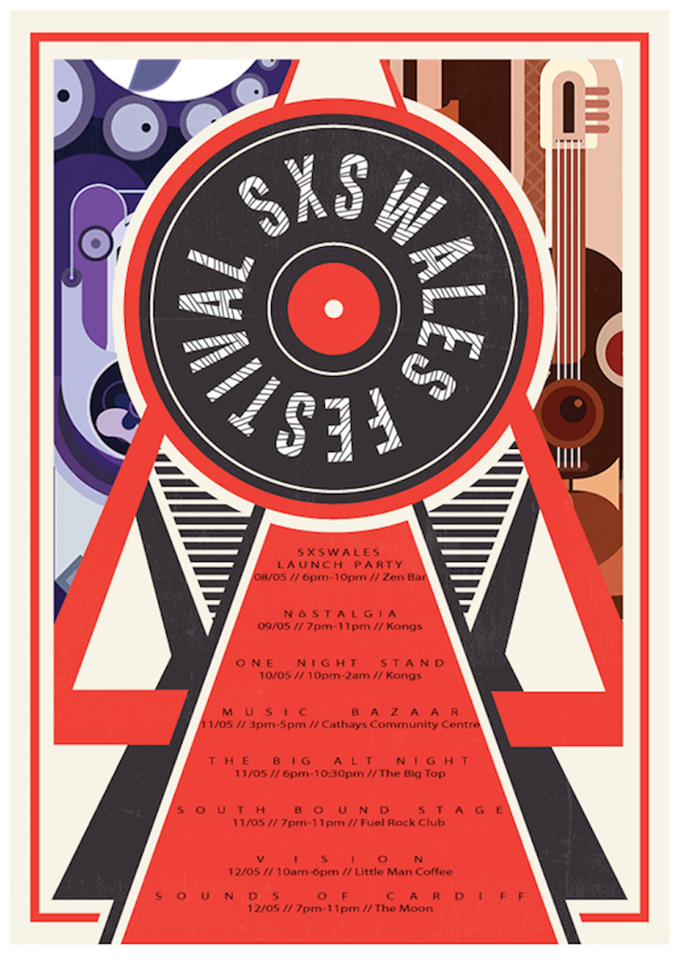 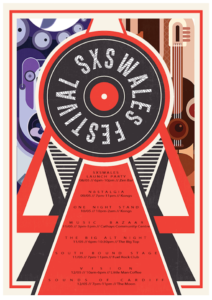 Music festivals are now at the forefront of the consumption of live music. But what goes into creating one? Knowledge, hard work and money instantly spring to mind. Although, these are the broad strokes. And what if you are organising one to get a mark for your degree?

Students of the BA (Hons) Creative Music Technologies, University of South Wales, have organised a music and media festival that runs from the 8th to 12th of May 2019. South by South Wales (SXSWALES) gets underway with a funk & soul vinyl DJ roadshow at The Zen Bar (ATRiuM / USW). This will be a free event for NUS members.

Gavin Johnson is one of the students organising the, above, launch party: “Putting on an arrangement of different entertainment for local people by local people is something we’re all passionate about. But due to funding – we needed affordable venues – and the Zen Bar is free to hire for students. A huge bonus. Plus, it is also a great venue.” Gavin is an events DJ too, so what music can be expected? “Disco tunes are always a win. I absolutely love when a track by Earth, Wind & Fire, KC and the Sunshine Band, or Kool & The Gang gets requested.”

Over four days/evenings, South by South Wales will continue with an eclectic mix of live music from bands straddling the genres of indie, lo-fi, metal and rock. But there is more: another student, Gergely Zsori, is organising the Music Bazaar on the 11th. This free and welcoming event is about, “Community cohesion through participatory activities with music as the tool.” It’s all-encompassing, using music as enjoyment, entertainment and for learning. “The goal is to provide a family-friendly activity where people independently of their age and abilities can have some fun and musical interaction with others. I would like to engage kids and young people with music and raise awareness in adults and parents about the importance of it,” he further adds.

As students studying music on an academic level, the community is a key field. It is, especially, highlighted throughout the construction of an organised series of music and media. Gavin: “Being from Newport, I grew up with TJ’s as the best place to go. So it’s nice to be part of the community operation of a festival. I’m hoping that’s what appeals to most.” Gergeley: “I believe art and education should be available for everybody independently of financial status because these are greatly contributing to personal and community development which are crucial for well-working society. Why limit its availability then? This is why my event is free and welcoming everybody who is interested.”

With, some, recent reports of Cardiff’s music scene reaching crisis point and live venues, Dempseys, The Moon Club, Buffalo Bar and Gwdihŵ all gone in the last few years, how was the challenge of finding homes for the festival? “There were a load of venues that were very forward with advice, based on us being students, but those were booked up. Porter’s for example. They really wished they could have been involved this year. They have, however, put their names down to host one of our nights next year,” Gavin says. The welcoming nature of the venues was also felt by Gergely: “I chose Cathays Community and Youth Centre to host my event because it is a friendly place and appropriate for activities like this.”

And what, if any, were the obstacles in putting the festival together? “Losing acts, venues and teammates,” both say. “Obviously problems happen, one of which was losing one of the confirmed venues after our budget was locked. It meant reducing the payout for the acts to cover new venue hire.”

“Music always had a big role in social cohesion through human history, and always will. It connects and benefits us in many ways,” Gergely summed up. South by South Wales (SXSWALES) – will continue this.