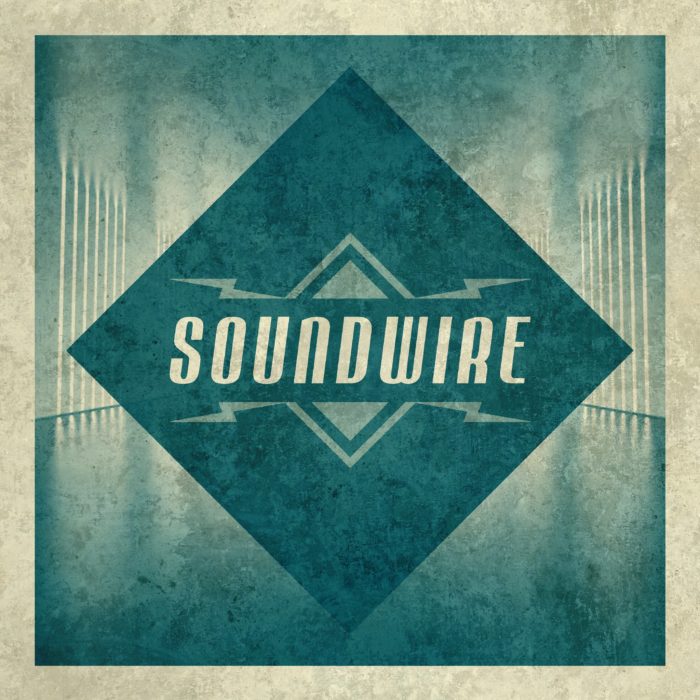 South Wales-based psychedelic/alt. noise outfit Soundwire draw their inspiration from the fuzzy riffs of 60s US Garage Punk and the synth fusion of 70s Krautrock via the pedal pushing noise of Shoegaze. It’s a unique combination of influences and their new self-titled album has got Louder Than War’s Andy Duke dancing like he’s got flares on.

This band sounds the way that Tim Burgess dances. There’s a certain confidently awkward swagger to their delivery that recalls the frontman from The Charlatans strutting his stuff circa The Only One I Know. A unique quality considering that Soundwire doesn’t really bring to mind Northwich’s most popular musical export sonically. Although, on reflection, there’s a certain nasal vocal quality that both bands share. And, while I am fully aware that this musical reference is decidedly retro, it’s apt as Soundwire’s latest release largely recalls the spirit of the 1990s. Which isn’t a bad thing.

The Swansea natives’ 8-track album powerfully illustrates that this lot know how to embrace a dirty groove and run with it. At best, it makes the listener feel that they’ve ingested something illegal and prompts an irresistible desire to dance. At worst, and with a few of their tracks running over the six-minute mark, it can be plodding. From a production standpoint, however, this is a top notch offering throughout thanks to having Thighpaulsandra at the helm.  David Jones’ driving bass, Chris Davies’s 6-string earworms, Philip Stanton’s powerful drums, Peter Moore’s hypnotic guitars and pulsating synths all collectively set the scene for Simon Court’s trippy vocals to provide the top line icing.

When increasing both the intensity and distortion settings, as featured on both Feed Into Me and UXB, Soundwire take on a fuzzily infectious vibe that wouldn’t be out of place on an early Black Rebel Motorcycle Club release. Their psychedelic roots are most noticeable when they employ backwards recorded guitars and Middle Eastern-tinged vocals on Burn Deep.

Simon Court’s vocals, which tend to be felt more than heard, are at their best when featured up front and in a slightly higher register a la Dying Sun. On this track, Soundwire strike the best balance between catchy and ethereal.

Like Spiritualized, with whom they share a lot of musical DNA, Soundwire are undoubtedly a group that you need to witness live to fully appreciate. I’ve a feeling that this album, as well produced as it is, showcases a more restrained version of their live show. While much of this release could have benefited from arrangement pruning, the nearly 7-minute epic Angels On Pins succeeds in keeping the listener engaged and is a perfect closing number for a consistently foot stomp inducing offering. Dancing like Tim Burgess while listening to it, however, is optional.

Find out more about Soundwire via their Facebook page.