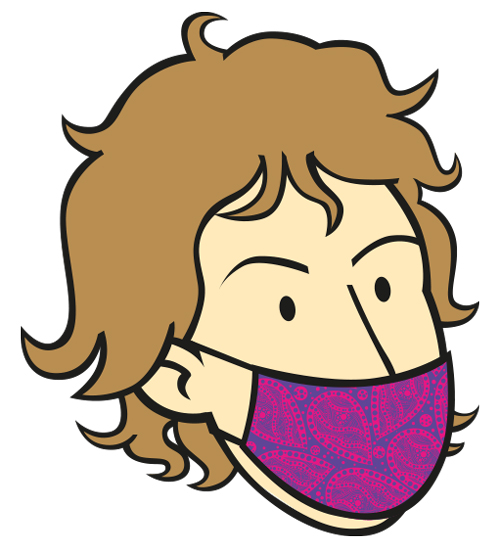 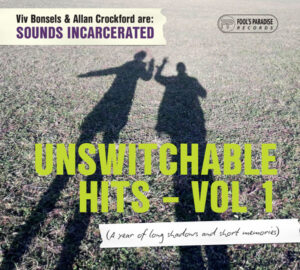 Best known as bassist in legendary 80’s British garage band The Prisoners, Allan Crockford and his wife Viv Bonsels now front The Galileo 7.  Sounds Incarcerated is what happens when two married musicians are unable to record or perform with their regular band and contribute home-recorded cover versions for online get-togethers.  The collected results are so good, they just had to be turned into an album.

It has fast become a cliche that lockdown has become a boom-time for stay-at-home creativity… but you have to be talented in the first place for it to work this well.

I do feel a bit sorry for Allan and Viv’s neighbours though. It must be like having a superannuated, psychedelic George & Mildred living next door.

Sounds Incarcerated have made an inadvertently brilliant album though… shot through with fun and melody and just a great inexplicable feeling of love and nostalgia, born out of their relationship. 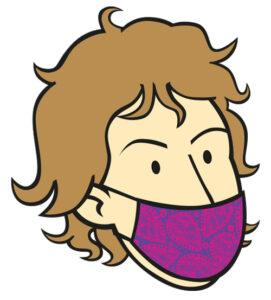 At the heart of the album are two songs by Robyn Hitchcock, two by Dukes of the Stratosphear and two vintage TV feem tunes (Follyfoot and the Today programme -infamous for hosting the Pistols Bill Grundy interview). These establish the general vibe of the album, homespun light psych, with a few diversions into ’77 punk pop.

The no-nonsense covers of What Do I Get and Gary Gilmores Eyes are full of condensed energy and decent faithful versions, but Haircut 100’s best known hit given a garage-punk makeover is a thoroughly enjoyable surprise.

On the other hand, a electronic dismembering of the Beatles ‘Love Me Do’ – credited to Kraft Berk originally, is funny the first-time, but an abomination after that. (Then again the Residents seem to have made a career out of it!) It kind of spoils the flow of the album as a ‘playlist’ but is the only such anomaly. 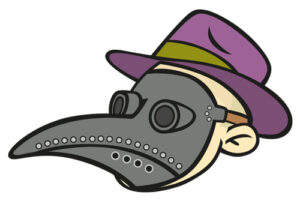 It’s the songs which I didn’t know the original of which are the most-groovy., John Denver’s Sunshine On My Shoulders and Lesley Gore’s She’s A Fool are fab, summery delights.

A version of the Stranglers Nice In Nice with vocals by Viv, seems to have gone down well with a lot of people… but not myself.

Of the two Robyn Hitchcock songs – Winchester sung by Allan is OK but the Soft Boys Queen Of Eyes has a dreamy vocal from Viv and is superb.

Talking of Soft Boys, Kimberley Rews Going Down To Liverpool, is an ace cover.

Your Gold Dress and a beautiful take on Vanishing Girl by the Swindon Dukes are faultless. The latter featuring joint vocals from the luvverly pair of groovy nutters.

As you can see, the low  budget videos for all of these songs make them visual as well as musical treats, but the versions on disc sound just as good.

It may well be the only good thing to have come out of the pandemic, but irrespective of that, it’s a fun album of other peoples songs by a couple who are loveable and talented legends.

Sounds Incarcerated is as if a Liver Bird and a Likely Lad have been transported thru the Time Tunnel to now, inventing Kitchen-sink Freakbeat on the way… (he says, attempting to make up for the George & Mildred comparison..)

All words by Ged Babey ‘Go on, you’ve got five seconds, say something outrageous..’