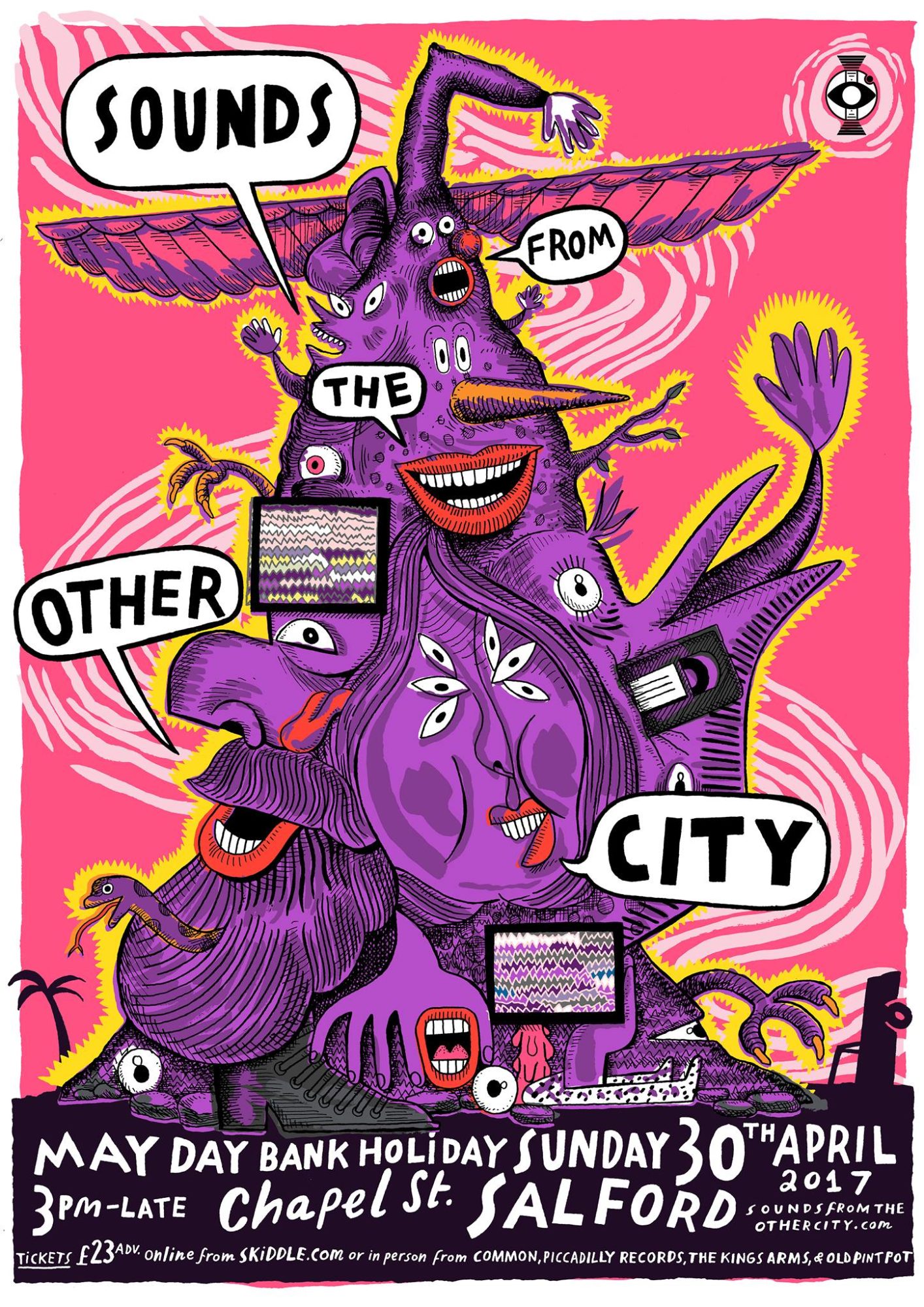 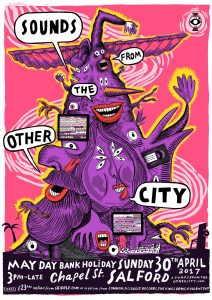 Sounds from the Other City (SFTOC) returns on Sunday 30 April 2017, showcasing the best in new music, performance and art. Taking over Salford’s historic Chapel Street area, venues include churches, warehouses, pubs and social centres, curated by leading promoters such as Now Wave, Hey! Manchester and Grey Lantern. The complete festival programme is announced today (Tuesday 14 March). It is the Festival which launched the Ting Tings and Florence and the Machine…

Highlights include hotly tipped Londoners HMLTD, one of the first live shows for new project OTOMO X from Savages’s members, Fay and Ayse, Flamingods, sublime Americana from Simon Joyner, Heavenly Records’ Amber Arcades, Goat Girl and ethereal New Zealand RBMA graduate Fazerdaze, as well as some of the Northwest’s very best in including Horsebeach, IAMDDB,TVAM and The Lovely Eggs.

NTS radio return with another live broadcast line-up plus there is the final instalment in a trilogy of showcases with BBC Philharmonic & Ex Easter Island Head, this time joined by acclaimed performer / composer, Laura Cannell, at Salford Cathedral.

Founded in 2004, Sounds from the Other City brings over 2,000 people to the Chapel Street area each year, hosting some of the most innovative and exciting bands in the world. Previous guests include Sampha, Pumarosa, Lapalux, James Ferraro and Alt-J. While new music is a huge part of SFTOC’s appeal, the festival also works as a creative playground for artists, labels and promoters to test, explore and push boundaries.

In previous years they’ve teamed up with visual artists including the Volkov Commanders, Cosmologists and Him Hallows and 2017’s visual directors are IMPATV. The Islington Mill based duo hosted last year’s hit SFTOC.TV stage, and they’re expanding to take over the whole festival site this year, bringing live visuals, archive footage, set design and performance to create an elaborate, immersive experience called Sound of the New Dawn.

Elsewhere, the famously free-thinking team behind Manchester’s The White Hotel will be transforming the historic King’s Arms into a specially commissioned immersive musical theatre show,2000AD Plenty to look forward to then.

NB: Earlier this week it was announced that SFTOC will be co-programming Manchester International Festival’s Pavilion theatre, open nightly in the heart of Festival (Albert) Square this summer. SFTOC will team up with independent promoters to present a range of shows including Hookworms playing new material with special guest Carla Dal Forno, a specially commissioned new performance and visual art show ‘Song of the Husband’ from  Kiran Leonard and Stealing Sheep with debut performance of their new record and new live show entitled ‘Power Games’. Visithttps://mif.co.uk/ for more.