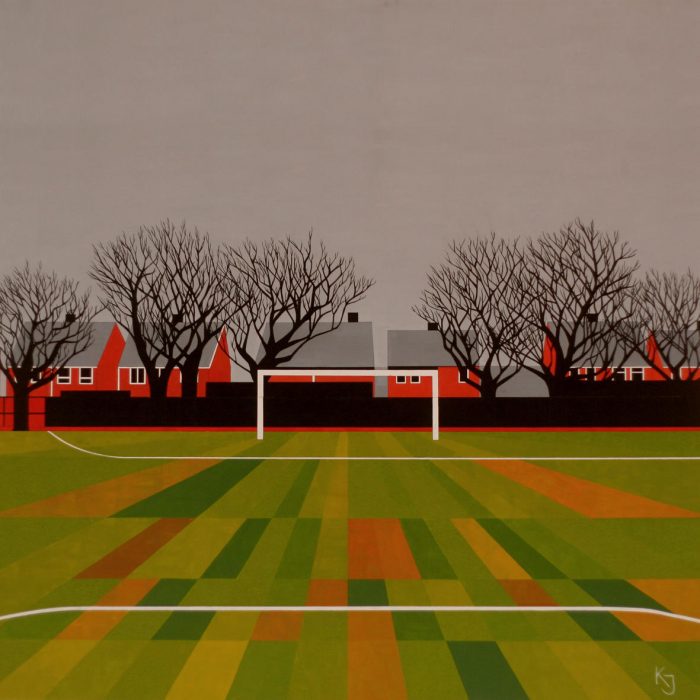 If you were to name places that have given rise to fashionable music ‘scenes,’ you’d possibly think of 1990s Oxford or Stourbridge. You might think of Wigan as the home of athletic backdrops and flips to Northern Soul classics. If Bury St. Edmunds hasn’t made it onto your list, it might just do so after you’ve listened to the twenty-track compilation, This Was The Sound Of Sugar Town, released on download jointly by R*E*P*E*A*T Records and Pure Deadly.

There are so many good reasons to buy it. There’s the likelihood that you’re going to discover a whole raft of new bands. There’s the chance you’ll reacquaint yourself with one or two bands you’d forgotten from halcyon Peel listening days. The cover artwork by former Long Blondes singer, Kate Jackson, is gorgeous. All the profits go to charity. What’s not to like?

It follows on from July’s 12” vinyl and download compilation, This Is The Sound Of Sugar Town Volume 2. This release raised sufficient funds for East Anglian mental health charity, Julian Support, to start up a new Music Appreciation Group this month for people with mental health issues. Its therapeutic impact will be assessed by the UEA’s School of Psychology, before bidding for ongoing funding.

If you’re reading this, chances are you already know the holistic and restorative benefits that music brings. We need only contemplate the names Chris Cornell and Chester Bennington to know how vital projects like these can be.

East Anglia has often had a dubious media billing. The question of whether “East Angular” was even in Britain was raised on reality TV. Partridge motored around Norfolk in his Lexus listening to Steeleye Span at high volume. ‘BSE’ was more notorious nationally as ‘mad cow disease’ than as musical hotbed, Bury St. Edmunds, home of the British Sugar processing factory (where the beet never stops).

Peel Acres was just down the road in Great Finborough. Peel humorously ennobled the town as “The New Seattle” in 2002. Only two years later, its cathedral overflowed with mourners for his funeral. You can see bands that he championed on this compilation, such as Jacob’s Mouse, The Dawn Parade and Miss Black America, all of whom played Peel sessions.

Punk, post-punk and indie rock predominate, with Exhibition Time Again by Ten City Nation leading off energetically, an effervescence continued by Glory Glory’s wonderfully shouty Love for Love. Hands Off by The Fashion melds Pixies and L7, while Tell It To The Marines’ track, Fireworks, sounds like Editors jamming with Frank Turner.

There’s not a duff song to be heard. You’ll need a sturdy constitution for Baby Barbecue by Becky Jago (a grindcore band named after a young ITV Anglian newscaster – nothing weird about that). If you can make it through the end of album closer, Crocodile Teargas, by The Khe Sanh Approach, without needing a cup of tea and a custard cream, you’re doing better than I did.

You can hear Carfish by Jacob’s Mouse here:

You can find R*E*P*E*A*T Records here. The series of compilations has its own Facebook page.

Why not have a look at the work done by Julian Support and The Restoration Trust.