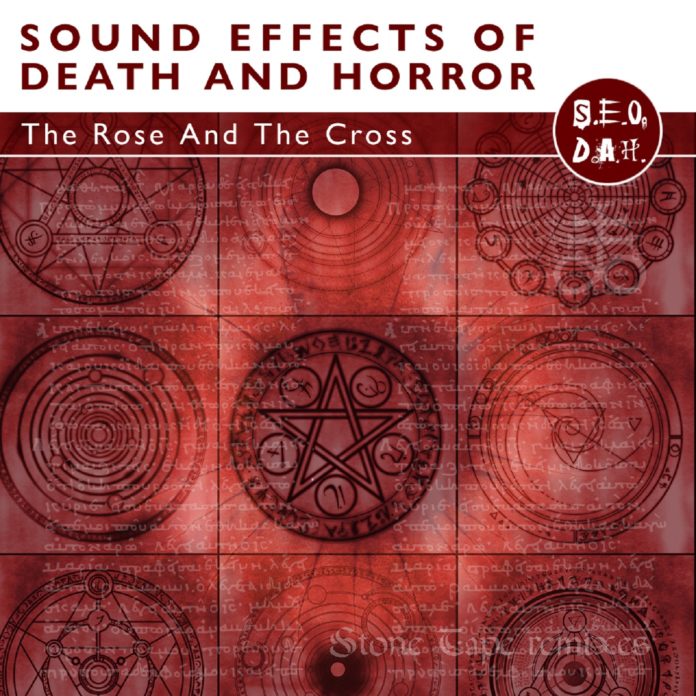 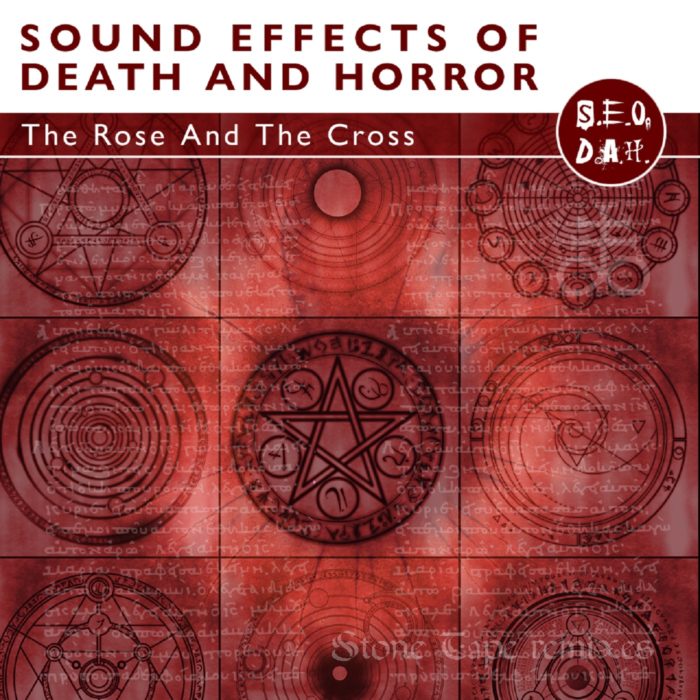 The Rose And The Cross is the second full album from Sound Effects Of Death And Horror (SEODAH). It follows 2019’s experimental debut album, Stone Tape, and ambient EP, Jet 9:24, The Rose And The Cross features 6 longform, ambient drones. The tracks are both light and dark, dissonant and melodic in equal nature to create different moods for the listener.

The compositions were constructed using heavily processed samples of existing SEODAH songs and vocal excerpts, along with heavily processed, live analogue synths and e-bow guitar. t was mixed using techniques to reflect the binaural listening process, to give the sensation of being in the room with the performer.

The title of the album comes from the poem of the same name by Aleister Crowley, the English Occultist, first published in 1917. All compositions are based on the theme of ‘The Ritual of the Rose Cross,’ which was designed for spiritual protection and as preparation for meditation.

The name Sound Effects Of Death And Horror comes from the BBC soundtrack album of the same name released in 1977. It’s a one-person project by John. He doesn’t share his full name as the music should be the focus, not the individual.

He grew up in England in the 70s and 80s, experiencing at first hand the joys of the Cold War and Thatcherism. His early memories are full of civil defence, nuclear siren tests, public information films, Quatermass and Doctor Who.

John played in thrash metal bands in the 80s and 90s but gave up to focus on his own compositions and songs. With influences from Celtic Frost and Black Sabbath through to Tangerine Dream, King Crimson, Vangelis and Terry Riley he uses a broad range of styles in his compositions.

Film has also been a lifelong fascination – not just visuals but the soundtracks too. John Carpenter and Goblin fuel a lot of late nights. Reading is another inspiration. He quickly graduated from Tolkien to King, Herbert and Barker and then onto Ballard, Vonnegut and beyond.

SEODAH is the culmination of all this John sees it as a series of projects and concepts that interest him – hopefully you’ll like them too. Whether you class it as prog, ambient, electronic, or experimental music is up to the listener.

The Rose And The Cross is available to pre order here.