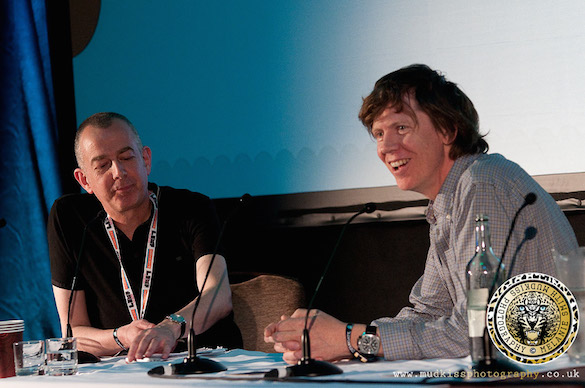 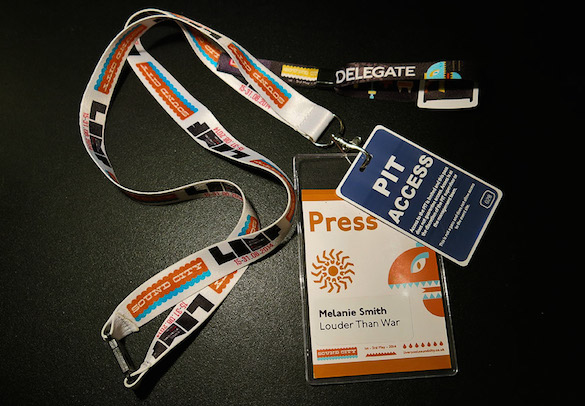 Day one at Liverpool’s Sound City: a photo review by Melanie Smith.

As the roving photographer for Louder Than War at this wonderful three day Festival, armed with my delegate wristband and press / pit access, the world is my oyster for three whole days. So many bands to see, so many artists to photograph, and so much fun ahead.

I’m residing at the Hilton Hotel for two days, which is the hub of all the music conferences this weekend, and the meeting place for all the big names in the music industry. It’s an action packed day with music conferences of all kinds, guest speakers, music related panels, freebies, stalls – the lot! However, I start my journey at tea time, with my lens firmly fixated on The Circus Room, where Thurston Moore of Sonic Youth (Rolling Stone magazine’s top 100 guitarists of all time) is being interviewed by Hacienda DJ, writer and broadcaster Dave Haslam. The place is packed out and everyone is glued to the stage, as the first question out of the bag is about the break up with Kim and did it signal the end of Sonic Youth. Thurston waved his arm up and shouted “Taxi”, but all in good humour. 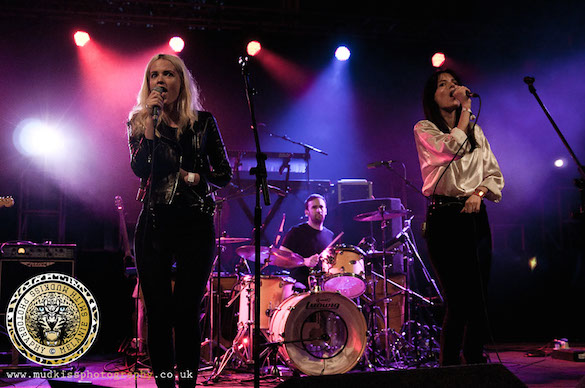 I sneaked out to start my first band of the day, it’s Liverpool’s Broken Men down at The Factory, closely followed by Korean punk band Patients at Brooklyn Mixer. Rock ‘n’ roll band iC1S are the next stop off in The Attic. Next is the long walk uphill to the Cathedral to see the Sisters of sugary pop Elektra and Miranda Kilbey, known as Say Lou Lou, and they are packing them out in this sacred and most beautiful of spaces. 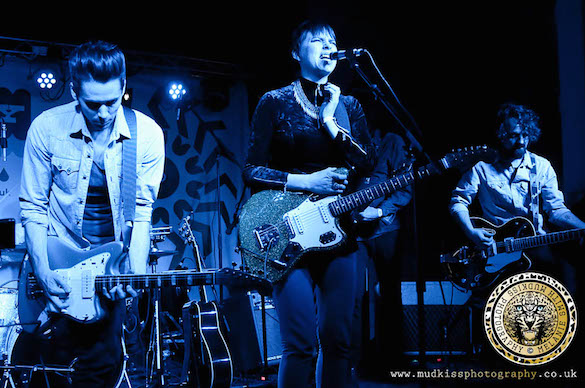 The next few hours are a whirlwind, and a musical feast of different sounds, it’s electronic two piece Dorine Levy at Studio 2, the mighty punk sounds of Norwegians Deathcrush assaulting our ears down at The Shipping Forecast, (where I spied Louder Than War’s Phil Newall enthralled.) A change of pace and its Folk-pop musician Hero Fisher who is a real treat at The Zanzibar. A quick stop off for some vegetarian delights at Mello, Mello, then onto The Factory for Lola Colt with the amazing Danish frontwoman Gun, across the road is Natalie McCool serenading us in the outdoor Kazimer Gardens, it’s easy to see why she was made Female Artist of the Year in 2013 at Liverpool Music Awards. 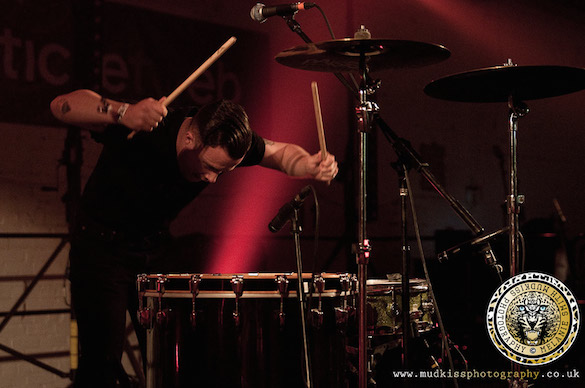 Slaves and Australian two-piece hotly tipped DZ Deathrays are making some wild noises back in the Garage, and finally it’s the two bands I’ve been eagerly waiting for today – Manchester’s four-piece PINS, then it’s crazy lighting times with Blood Red Shoes, (someone actually shouted “turn the fucking lights on”). They are my final band of the day, so with thirteen bands done, its time to crash….my backs breaking, feet aching and I need to sleep.

~
Links for the bands: