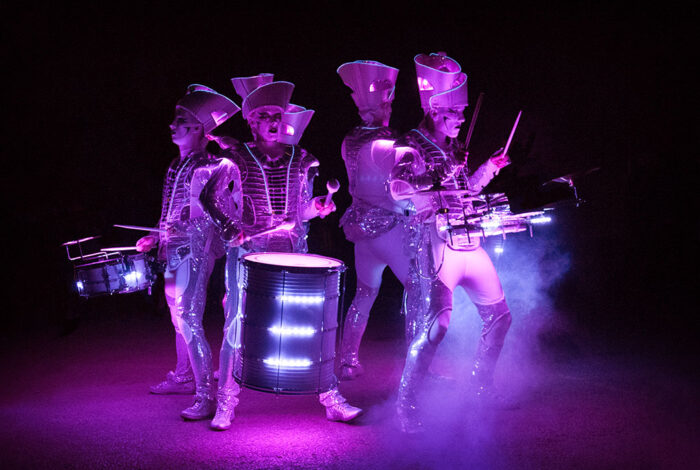 Louder Than War’s photographer Melanie Smith and reviewer Rick Leach are back again for the final day at Sound City 2015 in Liverpool, the music and fun play on.

By now fatigue was setting in and for various domestic reasons I couldn’t be there for the whole day, so I missed everything past 8.00 p.m, including The Cribs, Peace, Belle and Sebastian, Gaz Coombes and many others. I also missed the start for the same reasons. Luckily Mel managed to catch the main acts and the lesser known bands as the audience was packed in tight for all of the headliners. See all of the bands in the photo gallery below. 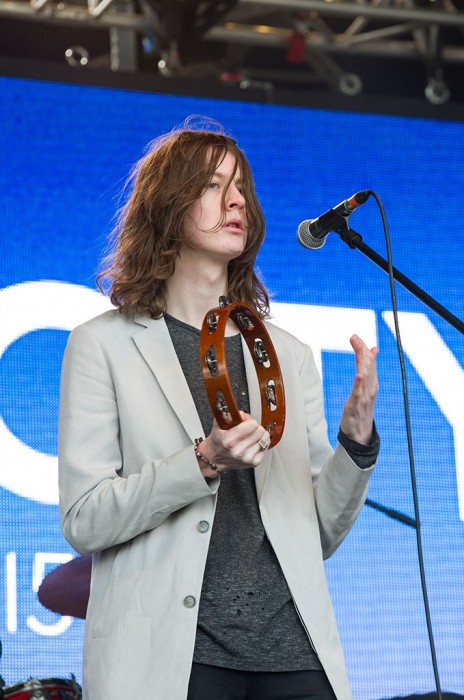 It was also forecast for rain/drizzle during the day and the bright warm skies of the day before had been replaced by the wind and greyness that had kicked the whole thing off. I did manage to catch Blossoms on the main stage and was impressed with their Byrdsian punch and their well-crafted tunes. There was something about them that warrants keeping an eye open to see where they go from here on in, they certainly have the potential to be big.

I followed this with Palace on the Baltic Stage, a four piece rock band from London with Edgy (as in The Edge) guitar tendencies and very strong, stadium style leanings. I was quite relaxed at this point and it was good to hear something that wasn’t too challenging.

Jane Weaver was a bit lost on the Atlantic Stage, her songs and vocals at the mercy of cross-winds coming off the river. Everybody seemed to be rooting for her though; it just didn’t seem to be the right venue.

I managed to see two more acts, the first of which was Bill Ryder-Jones (ex of The Coral) at the Atlantic stage. There was a lot of home grown support for him (which was nice) even though a lot of the crowd seemed to be chatting amongst themselves. Again-and I don’t get it at all – he seemed to be merely going through the motions and was quite disinterested. I could give him the benefit of the doubt and blame it on the stage and the wind and the river, but I don’t think that’s true. He just didn’t seem arsed. Wispy songs were thrown out for half an hour or so, fading on the breeze as soon as they left the speakers. He couldn’t be bothered so neither could I. I wandered off to the Baltic Stage. On the way out, I noticed a woman taking a photograph of a puddle, maybe more interesting than what was on the stage? 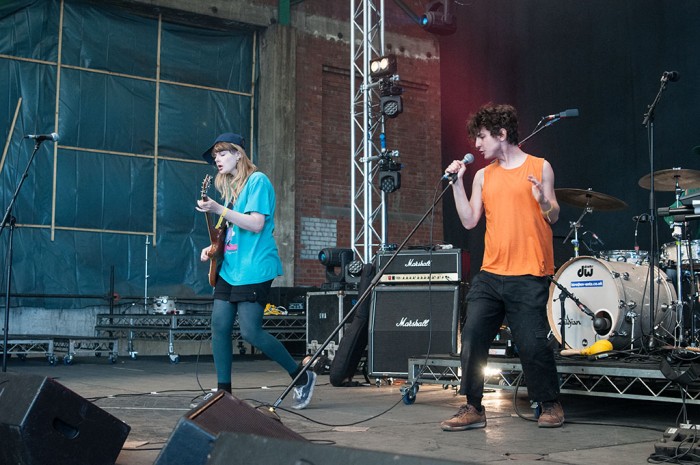 But the last act I saw that day were a wholly different proposition and what it’s all about. Moon King are a young band from Toronto, Canada (as they told us on a couple of occasions – is there another one? Toronto, Lancashire?). They were everything Bill Ryder-Jones wasn’t. Bouncy, loud, infectious, prepared to be a bit daft e.g. standing right on the edge of the stage and waving maracas to the audience as if there was no other way to be. They were fast, loud and funny and I want to see and hear them again. 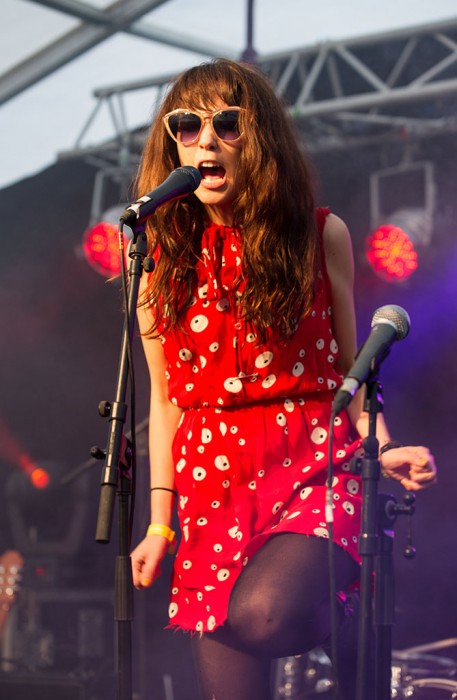 And that was it. I had to leave. It was a short day for me but Mel carried the baton for Louder Than War and stuck it out almost to the very end, narrowly missing The Fat White Family, who were appearing on the Baltic stage at 1am.

Bands she recommended were Belle and Sebastian, Honeyblood, Finlay, The Gramotones, and the highly entertaining Allusondrugs.

Equally impressive were the drummers called Spark!, who brought some glamour and colour to the occasion, they recently appeared on the The Paul O’Grady Show and they certainly shone brightly around the festival camp.

Overall it was very good, certainly an interesting setting, however there were some issues which may need addressing next year, such as the main stage at times which was at the mercy of the river and the smaller stages plagued by being too close to one another, hence suffering terribly with sound seepage. But these things can be overcome and I’m sure lessons will be learned. The Baltic Stage is a great setting and very atmospheric, as you can see from the photos below.  I’m certainly looking forward to see if they can come up with acts as good as Swans and Flaming Lips next year.

And finally well done to all involved for creating something a bit special in Liverpool, bring on Sound City 2016.

All photos by Melanie Smith whose website is here. More by Melanie on Louder Than War can be found here. She can also be found on Facebook and Twitter.

Words by Rick Leach, find him on Twitter and Blog.