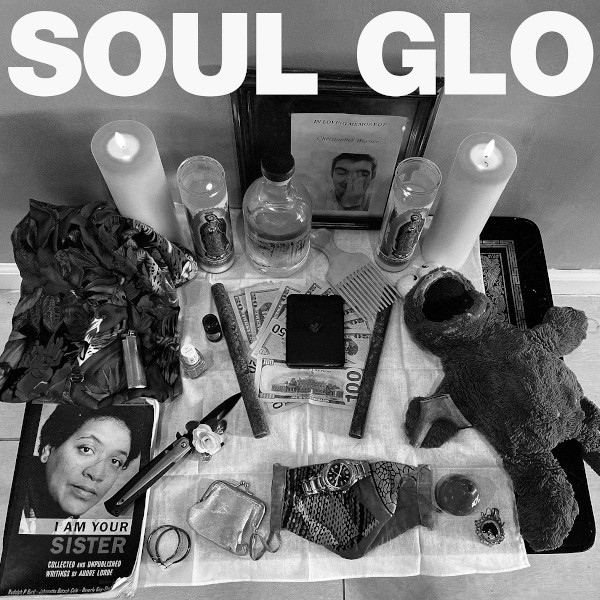 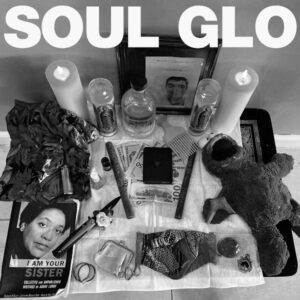 Soul Glo’s latest release shreds like a great hardcore record should but it stands out from the crowd mainly due to a throat shredding hyper performance from singer Pierce Jordan.

3 records always stand out in my memory for the hyperfast delivery of words. One is Jello Biafra on the Dead Kennedys’ debut LP (and even more so on In God We Trust Inc.) Another is HR on the Bad Brains song Pay To Cum. The third is Dave Dictor on MDC’s Multi Death Corporations (well actually, most of their stuff but that was the first record of theirs I heard). Since those days there have been many more to sing at such a high speed but for me they were the trail blazers. Soul Glo singer Pierce Jordan is in that ball park of managing to deliver a stream of words at such a high velocity but seemingly still using ACTUAL words rather than word-like guttural noises, even if most of them fly past so quickly that you can’t work out WHICH words they were.

It is this vocal delivery that in my opinion stands out on this album from Philly. There is some great fast as fuck (and heavy as fuck) snappy hardcore drumming. The bass switches between a woody rhythmic thump and frantic drive. The guitar clangs, chops, chugs and buzzes, providing an occasional squealing flourish. The bands sound draws on the whole hardcore back catalogue, from the American usual suspects to European bands like Raw Power and Negazione. But with screeches and screams, Jordan takes centre stage. Listen the fuck to him! You get the feeling the oft distorted vocal is not an effect, it’s because his mighty voice has overloaded the channel.

Whilst I would likely describe this as a frenetic screaming hardcore album, there are moments where Sol Glo drop out of that mode. They draw on a hip hop rhythm and delivery on a couple of songs. They bring in a brass section on Thumbsucker to provide the upbeat happiness of a ska tune over the whirlwind of a band that is most definitely not playing a ska song. Here and there is a nod to post-hardcore and screamo with guitar parts chugging then switching to noodle over the pounding rhythmic drums and bass. When the vocals slow down they max out on screams. Even in the slower moments, Soul Glo is an angry AF band.

This album reflects on personal trauma – almost like therapy – and the trauma effecting whole communities, hell the whole of the United States. Soul Glo are bored of the left, fed up of liberals and angry at the way America treats its black citizens. They know that “Trickle down driponomics” (Reaganomics) just doesn’t result in the wealth trickling down.  Paying homage to the dead, they reference victims of racist murders Breonna Taylor and Ahmaud Arbery. They also namecheck Chynna Rogers, a rapper from their own city. Yeah, they have got plenty to be angry about.

For those that care, the whole thing was apparently DIY recorded but the DIYer-than-thou critics probably won’t like that it’s released on Epitaph rather than on a limited edition run on used cassette tapes found in a skip.

Digital release on 25 March. Pre-orders for the vinyl available here