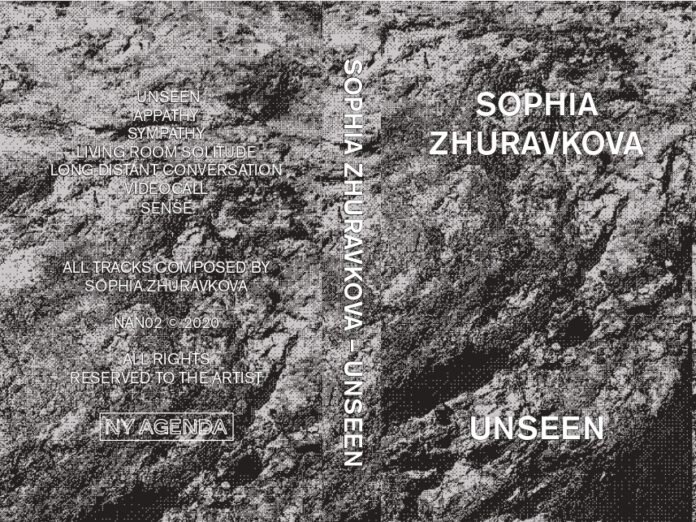 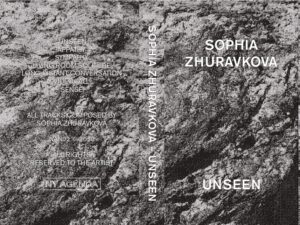 The first single of Sophia Zhuravkova came out the last year. Sleepless 7-inch EP became the first serious step for a young and promising artist like Zhuravkova. But, it seems that for Sophia this is very much stereotypical first-record-type-of-situation, which led to her re-discovering of herself witin the next one – Unseen album.

“[The recent] Unseen is my first fully-composed experience. It remains important to me.” – she steesses, before adding, “It’s like a certain practice that’s started and keeps on transforming up to the present moment”.

I like the word “transformation” – it fits well for both her stage and the Unseen itself. Exploring minimalistic images in between different dimensions, Sophia Zhuravkova creates quite unique painting adding quite unique elements to it. Sounds of birds, wind and the whole living nature depicted on the record itself became Sophia’s main accompanists.

“My principle of writing music is based on my feelings and emotions. Quite often these are my personal experiences.”

I’m wondering if it all is connected together. Like a massive postmodern melting pot where all the elements, images also become symbols. But it’s not the story where a V-2 rocket can be regarded as an image of death. And Zhuravkova, herself, points out: “Every composition becomes a soundtrack to a story – important one to me. My choice of sounds isn’t random.” Sitting down and working on a song Sophia usually passes through a thinkers’ phase. “I form my intention. An understanding of how everything should sound like. Starting with the length of notes and finishing with reverberation…” she says.

It took almost two years for Sophia to get Unseen released. Zhuravkova remarks, “During this period of time my perception of the music I’m writing has changed significantly.” Maybe. But at the same time, she’s one of such artists who was extremely concentrated on their writing and emotional colouring. You may call them perfectionists. But is it possible to describe Sophia within such an epithet? Probably.

She explains to me: “When I sit down, working on something I fill the idea within what I’m feeling. What am I going to transfer within the music itself? How do I want it to sound? What would transfer my feelings? There’s a part of me there’s a reflection involved. At least, for a part of my personality. But when I sit down writing something it all turns off and I just slink into the music…”

On the one hand, it’s like a passing through a trip. Not the bad one. Indeed. Surrealistic journey where you have only a piece of a story. One piece and one standpoint of a one character. No start. And no factual ending. With it, Zhuravkova leaves you with lots of questions and quite specific aftertaste of her music – a combination of different elements. Abstract. And not quite attractive. Undoubtedly it all works. The atmosphere. Chamberness. It all makes you to get back subconsciously trying to see the unseen.

You can listen to the other releases of Sophia Zhuravkova on Soundcloud.