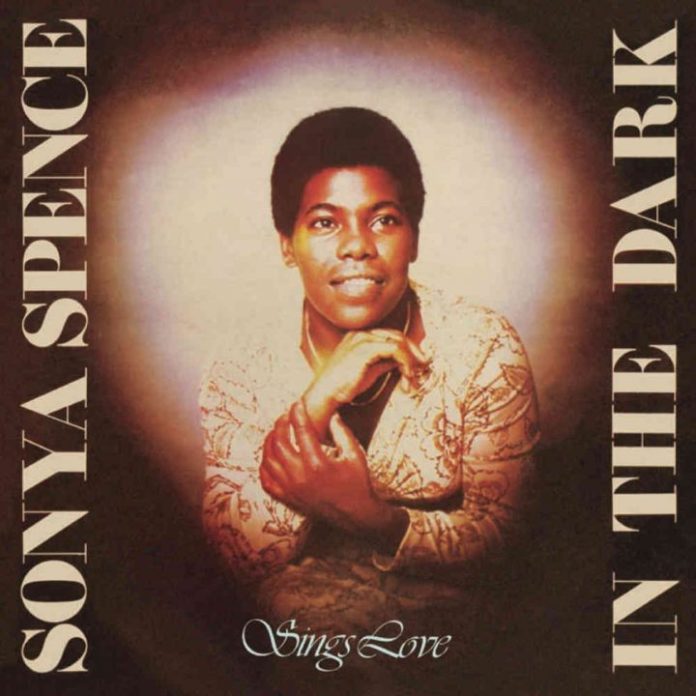 Sonya Spence – In The Dark/Sings Love 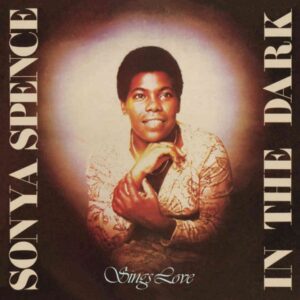 A 2CD set combining Sonya Spence’s two albums for Sonia Pottinger’s High Note label from 1978 and 1981 respectively, plus a full disc of highlights from the same imprint’s roster of female singers….LTW’s Ian Canty salutes the soul goodness of the mysterious Miss Spence……

It isn’t much of a surprise that, having worked tirelessly to compete in the male-dominated Kingston music scene, producer Sonia Pottinger staunchly supported the efforts of female singers in making their mark. She also wasn’t afraid to dabble in other musical genres than the “in” reggae sound of the time. Both of these pursuits came together on the two albums Sonya Spence released for her High Note label, which make up the first disc of this set.

Spence herself remains shrouded in mystery, even in the internet era where you can turn up information on almost anyone online. She was born in 1953 and coupled a singing career with teaching. She began recording in the middle of the 1970s with what was to be her biggest success Jet Plane, a version of the John Denver tune Leaving On A Jet Plane. This single, cut originally for the obscure Webster Brothers imprint, was wildly popular and was quickly followed by the I Love You single for the same label. She made her debut for High Note in the same year with No Charge, a much-covered country song which was a number one smash in the UK for one hit wonder J.J. Barrie.

It would be three years before her debut album would emerged, largely self-penned save for those crowd-pleasing covers. She recorded In the Dark at the famed Treasure Isle studio with Errol Brown at the controls and a backing band including greats like Sly Dunbar and Ansel Collins. Another three years elapsed until her second LP Sings Love was released, consisting this time of entirely her own compositions. This time the record was cut at Herman Chin-Loy’s studio set up, with Collins returning as part of another fine line up of musicians. The album included the funky Let Love Flow On, probably her best original song and one that took this listener directly to dancefloor heaven.

Though her singles were well respected during the roots reggae era and steady sellers (plus there was a clear crossover between her soulful style and lovers rock, which was soon to rise to prominence), her albums failed to make a big mark in Jamaica. However, she had a great deal of success in Africa and was very popular in Kenya and Nigeria. In 1983 a third LP entitled Pure Love (not included on this set) came out, which included versions of I Love You and Jet Plane.

It seems that at this stage Sonya was growing disconcerted with never quite making that breakthrough to the upper echelons of reggae circles. She recorded sparsely after this third album and seems to have sought solace in things that were not good for her health. She died in 2007 of complications to a liver problem, which may have been brought about by drug misuse (hepatotoxicity).

Her first two albums make up disc one of this set. Quite often there’s only the barest hint of reggae in the backbeat on both these LPs. That isn’t a problem for me, but if it is a strictly militant roots musical experience you were looking for, you may be a little disappointed. I found this disc on the whole joyful and touching, with Sonya’s simple wisdom and angelic voice shining out. Plus there’s a lot of lovely tunes into the bargain.

Debut LP In The Dark is near to “easy listening” to be honest, but that is a minor concern as it is also wonderfully crafted and beautifully sung. I know you would expect that given the talent on show, but Sonya’s way with a tune was something special indeed. She was in truth more of a soul singer than anything else and this comes across in the heartfelt way she sings, measured and calm, always with purpose. She clearly didn’t do histrionics, but in spite of that (or perhaps because of that) there’s a real depth and true emotion.

The album is a bit of a tale of two sides, with soul dominating on the first five selections and reggae nudging in the further on we get into the platter. Both sides hit the mark though. The hit reading of Jet Plane starts things off with a jazzy, “late night” soul feel that perfectly sets the scene, with the following emotion of Hurts To Be Alone having a neat guitar lick guiding it along. Damn Him shows what Sonya could do away from devotional love songs and if Make Love To Me In The Dark has an unwieldy title and is a bit uncertain lyrically, the music skilfully mixes reggae and gospel influences.

Side two begins with the reggae reworking of No Charge, but her own Peace & Unity outshines it with a strident roots rhythm and anti-violence themed lyric – it wasn’t all hearts and flowers with Sonya, she could cut it with weighty issues too. The album ends on an up note with Give Thanks, a simple song with a valuable message – appreciate what you do have instead of always yearning for something else.

Though a decent enough record, I found her second LP Sings Love not quite so satisfying. It has a few sappy numbers towards the middle of the record (probably Fantasy and Sweetness Of Your Love being the worst offenders), before rallying to a great finish with Let Love Flow On and Talk Love. On this record the backing vocals are far more evident, like on the pop reggae of Where Is The Love for instance. Come With Me is a steady dance number and Anything is one of the few soul tracks here, but at least it is a good one. Sings Love is less consistent and sonically diverse than its predecessor, but a good enough early 80s reggae album and very listenable too.

Disc two here is entitled High Note Sisters 1973 to 1980 and features a wealth of talented vocalists that also recorded for Sonia Pottinger, often pretty obscure like Spence herself. There are also some more famous names like the great Marcia Griffiths and fellow I-Three member Judy Mowatt, but the bulk are lesser known. Marcia and Judy get three tracks apiece, with my picks of their contributions being the irresistible reggae novelty song Emergency Call by Mowatt and Griffiths’ proto-dancehall Don’t Ever Leave, but as you can imagine all six cuts are top quality. Sabrina Williams also hints at the dancehall to come on her excellent A Wonder Why and the “Billie Holiday of reggae” Barbara Jones gifts us an addictive dance number in I Want To Be Your Lover, which is also a little like lovers rock three year early.

Struggling, a sufferers’ song by Sharon Black, has that stylish watery 70s reggae sound and Fire In the Town by Novelette Barnett is a convincing piece of conscious roots with a great vocal. Breakfast In Bed hitmaker Lorna Bennett thrives on the Ashford and Simpson song It’s My House, lots of cool horns and dub effects on this one and the set concludes fittingly with the fine 12″ version of Sonya Spence’s Talk Love.

In The Dark/Sings Love is a diverting collection – Sonya Spence’s albums contained a lot of excellently played and delivered songs with real soul. Her brief recording career should be cherished – hopefully this is the first step to her gaining the respected position in Jamaican music that she deserved, an aim that was thwarted during her lifetime. In addition the second disc is packed with rare and superb material, showing that Sonia Pottinger’s faith in female singers was well founded. This set offers an alternative, female take on 70s reggae, a vital shift of emphasis that is much needed. Good for the feet, heart and the soul.