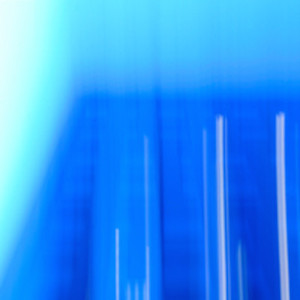 Sontaag’s debut album is built around the story of the fictional Great Harmodulator and the planet of MP-5. To say the album is conceptual and progressive would be an understatement. The vocals are largely spoken in the form of a story narrative that evokes the narrative of War of the Worlds. As the story is told through spoken word, the music that accompanies it is very interesting.

The opening track; Empyrean, immediately shows a progressive rock side. Dreamy guitars and some X-Files theme like piano are propelled by the drums. The track ends in a vast, cinematic whirl before the Great Harmodulator veers into more ambient, Orb-esque areas. On top of this, there is some Division Bell era Pink Floyd guitar work employed. The opening two tracks of the album are suitably excellent, and varied. The science fiction based story is also unveiled.

Spaceshifter crashes into the album with a thud. The fast paced and rockier musical content of the track has a space rock feel akin to Hawkwind. The Minor Keys of Anguished Weeping sees a more ambient reprisal which is serene and dreamlike. There is once again a vastness to the composition. The triple part composition of Serena Serenarum carries on the floating, ambient feel.

Interstellar Genocide moves away from the ambience and into rockier territory again. This track is a better effort than the earlier rockier track in my opinion due to a superb blazing guitar solo as the centrepiece of the track. Chokuto takes a more sinister edge in its approach. A distorted guitar emblazons the track, over a frenetic drum beat, and the continuation of the story. Glissandor sees the band introduce a flamenco style guitar to the musical landscape alongside some nice xylophone. The musical highlight of the album is the epic closing track; Memoria Tenere. The whole song strikes the perfect balance between the rockier side of the band, and the ambient. The soloing is fantastic, and the structure of the song fits perfectly with the content of the album.

Overall, the musical side of the album is largely very good. Some of the guitar work is superb and the ambient passages can evoke the spirits of Eno, Oldfield and The Orb. Lyrically, the story gets lost in parts. That being said, any fans of the aforementioned styles or graces would probably enjoy this album. If you’re a prog fan that enjoyed David Gilmour’s ventures with The Orb, this album will satisfy.