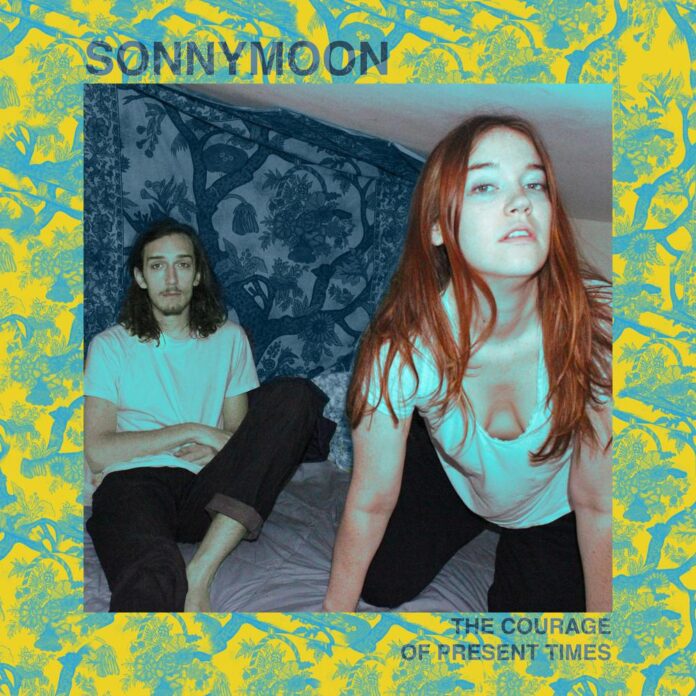 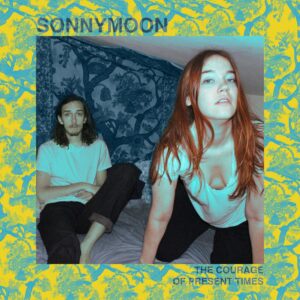 Sonnymoon – The Courage Of Present Times

Any fans of ‘strange’ will love Sonnymoon. From the opening squidgy synth sounds of Blue and the dreamy, druggy vocals of Anna Wise you’re completely hooked and whirling around in a sea of sounds which you just want to drown in.

As well as being on the slightly off-kilter side, the opening track is also immensely addictive. The repeated hook is nothing short of an earworm of the loveliest kind and the overall cohesion is quite brilliant.

Wise’s voice is like a combination of classic soul mixed with psychedelic undertones and gelled together with a modern Indie twist. The backing of Dane Orr is full of surprises as the offbeat sounds of SNS combine with ebbing water and staggered beats.

On recent single, Grains Of Friends the album absolutely sparkles. Almost empty, bar a potentially funk bassline and interspersed with the most delicate of notes it incorporates backwards sounding voices and soundbytes. Wise contributes via a dance theme and one of the most infectious tunes of the year is born.

The Courage Of Present Times is eerie make no mistake. For Right Now is haunting to say the least and the production is nothing short of inspirational. The instrumental captures the mood of Sonnymoon perfectly as the crisp, clinical track transforms simple beats into cosmic sounds.

As the eccentricity continues with the ironically titled Pop Music, it’s maybe re-assuring to know that both Wise and Orr are classically trained, but the way in which each track is formed is perhaps testament to that background. In the hands of someone slightly less equipped, Pop Music would sound a mess – in the hands of Sonnymoon it sounds divine.

Just when all seems weird, Sex For Clicks provides a piano only interlude which is seemingly ‘normal’ and it works. The Only Face borders on house music at times but yet again they manage to make the track completely completely unique. Banks of towering vocals overlap sounding like a group of backing singers and bass lines begin to throb.

It’s a relatively short album clocking in at just over thirty minutes, but in those nine tracks the listener is taken on a trip around the universe. Around the universe because surely Sonnymoon aren’t from this planet. Their music tries its best to transcend gender and often succeeds. This is one of those ‘must hear’ albums.