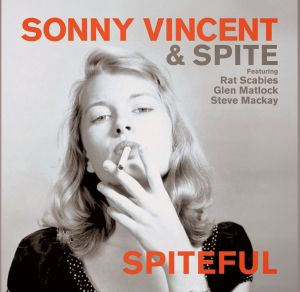 For me, the supergroup is a much maligned concept, a self-congratulatory circle jerk of overinflated egos usually defined by fame and an indulgent rekindling of past glories over any real artistic purpose. However, sometimes these fabled dream teams go beyond mere masturbatory fantasy and actually deliver the goods.

Mid-70s NYC punk rock originator Sonny Vincent has teamed up with other critical players of punk rock royalty for Sonny Vincent & Spite. Playing alongside Testors main man Sonny Vincent in this collaborative powerhouse is Glen Matlock of The Sex Pistols on bass, Rat Scabies of The Damned on drums, and Steve Mackay of The Stooges on sax.

Sonny Vincent was one of the first wave fixtures of the CBGB/Max’s Kansas City circuit, but remained an underrated and overlooked voice on the scene. Hardcore fans will know him for the raw fire of his music, which has spanned over 3 decades and 28 albums without once wavering course or cheapening itself for a chance to jump on the nostalgia bandwagon. As they’ve aged, some of Sonny’s more famous peers feel entitled to unchallenged reverence for their tired retreading of punk history, but with Sonny, I feel my respect has been truly earned. Sonny’s experience of wild and tough living has awarded his songs hardness with humanity and sincerity without mawkishness, and he remains a glorious testament to rock ‘n’ roll self-preservation, minus the jaded vanity that huge success and lots of time can sometimes bring. 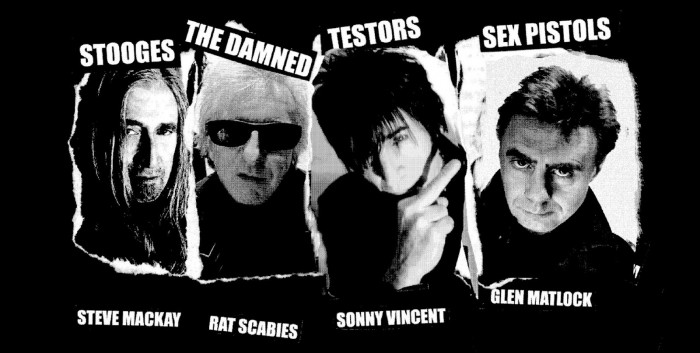 Spiteful developed organically and by accident, springing from a desire to record on vintage analog equipment, so there was a distinct absence of the premeditated preening that customarily leads to a supergroup assembling. It opens with the explosive “Dog On the Subway”, a no fucking around punk jazz freak-out bolstered by Sonny Vincent’s defiant howls and a great, pulse-revving guitar crescendo. “Disinterested” is a disdainful barbed-wire strut, followed by the yearning guitar chime of “Now That I Have You”, while later, “Beg For Love” is a bluesy ballad wrestling with pride and dejection in love gone bad.

The rhythmic shifts of Rat Scabies’ beat bashing throughout the album have just the right balance of aggression and flare, and the rolling grumble of Glen Matlock’s bass melds beautifully with Vincent’s valiant guitar growls, while Steve Mackay’s cacophonous sax recalls the manic sonic saturnalia of Funhouse (particularly on “Thief of Words”).

There is a refreshing looseness to the 14 songs on Spiteful, but it’s far from a supercilious unstructured jam session. Spiteful is full of the diversity and melodicism that keeps the genre alive, and like punk itself, Spiteful is further proof that Sonny Vincent is a survivor, and not just stubbornly still existing to mechanically go through the motions. He is a beacon of blood, heart and soul and an undrying well of inspiration for all the rockers out there.

Sonny Vincent is touring the US and Canada throughout September, all presently confirmed dates listed below: 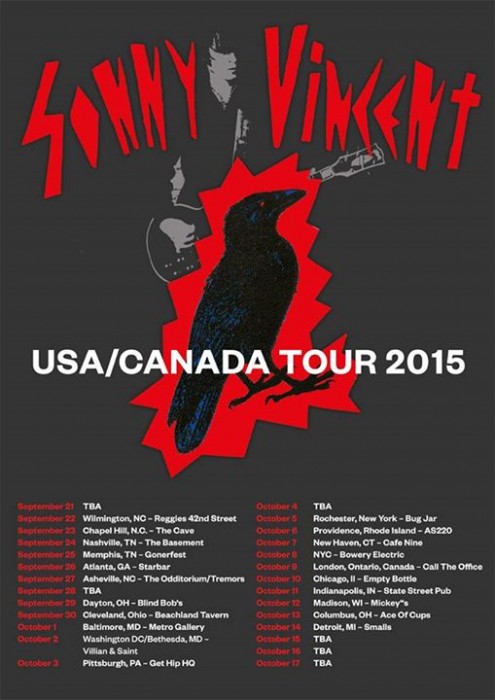