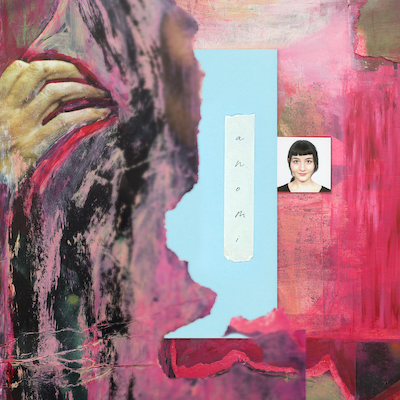 A parliament of cawing rooks and some indeterminate stomping introduce the listener to the opening and title track of Sonja Tofik’s full length release, Anomi. Taking its cue from the title (a bastardisation of the French word anomie, that describes states of suffering) the record plays with ideas of emotional rootlessness, solitude and death; which I suppose is topical enough right now…

Maybe it is, and does, but it’s not the reason I have had this record on repeat play this last week or so. Often, understanding and experiencing music, especially when trying to get to grips with what others are trying to say about it whilst listening to that very music, leads to emotional states that can be completely at odds with “what” you’re supposed to respond to.

Regardless of any preamble, many of the tracks welcome you into their vague, ethereal soundworlds without much hassle. Tracks like the ‘Earth Spirit’ and ‘Incessant’ envelop you like a fog, the flat incantations of the vocals lulling you into a pleasurable sense of inertia. Even the spectral glumness of ‘Graveyard’ allows you enough to enjoy courtesy of the interplay of sampled voices and the steady course steered by the organ melody.

Drones are the order of the day. ‘Night Changes Many Thoughts’ is a bit like early Cluster writing a symphonic number. For its part, ‘Unworld’ takes great delight in basking in the echoes and reverberations of its own throb. The appliance of pressure only exacerbates this, and the addition of a sort of melody line – that drifts over the top like mist – is a great touch. ‘Cindy’ moves elegantly through its time without much change happening after the opening bars, but still manages to sooth and disquiet in equal measure. And ‘Sky Trumpets’ plays with an electro-Gothic sound that (like ‘Graveyard’) doesn’t half nod to Nico’s statuesque muse. Not that that is any bad thing, on the contrary. Still, Anomi isn’t an exercise in late 60s nostalgia. The way Tofik’s record is positioned reminds me more of her contemporary peers in the field; like people Maria W. Horn, Anna von Hausswolf, Maarja Nuut and Klara Lewis, who are all creating beautiful and often challenging music that wrap up elements of folk, electronica, local histories and found sounds with a fair amount of mystic invention.

Despite the murk and gnomic utterances there is comfort in this gloom; melodies and harmonics are never far away however dirgey the passages. ‘Earth Spirit’ has a lovely floating “song line” over a steady loop and we end with ‘Lullaby For The Newborn’; a womb-like, Tangerine Dream-style reflection which offers redemption of sorts.