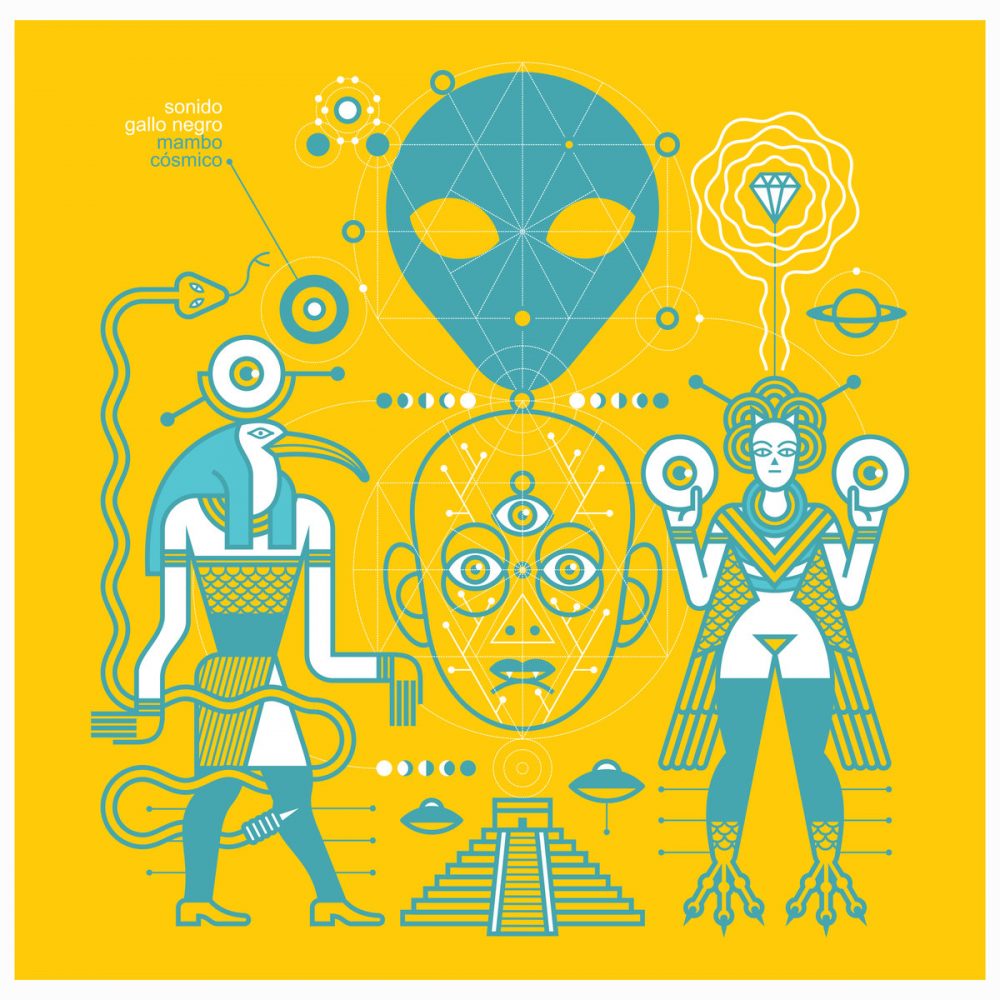 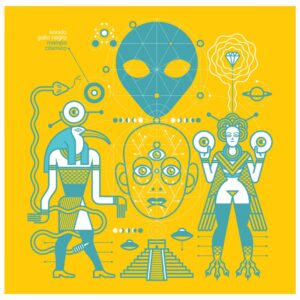 You might initially think that Sonido Gallo Negro aren’t your cup of tea and, you may be correct. Perhaps the thought of a complete album of mambo, cha cha and occasional surf doesn’t excite you but, given a listen it will certainly entertain.

Influenced by Mexican and Latin American sounds, the album begins in the world of the weird with the title track Mambo Cosmico, an echoing spoken word with off-key pianos and an almost B-movie horror feel. It soon breaks into mambo frenzy. Repetitive and addictive it weaves its way into your body and yes, almost makes you want to dance.

Mambo Cosmico (currently) consists of nine members and with a further seven guest musicians the album is always going to be complex. It often journeys into conventional cumbia with tunes that you may think you’ve heard before – La Danza De Los Diablos (The Dance Of The Devils) being one and perhaps the most recognisable in ¿Quien Sera? The later was originally written by Mexican composer Luis Demetrio who later sold the rights and as an English version it became known as Sway made famous by the likes of Dean Martin and Ben E King as well as being destroyed by Michael Buble and The Pussycat Dolls. An Icelandic version also appears on the Bjork album Gling-Glo.

The album is certainly fun, it exudes enjoyment and is most certainly one of the feel-good albums of the year. It zips between traditional Mexicana whilst stopping off at sweaty psychedelia along the way, its feet positioned in the 1950s and occasionally stepping out to the 60s and 70s. Mostly instrumental, it will often surprise you and will have you, whether you feel you want to or not, tapping an appendage to the beats.