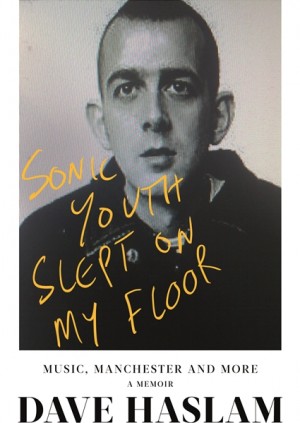 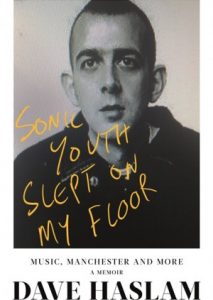 Once upon a time Sonic Youth slept on the floor of Manchester music writer and Hacienda DJ Dave Haslam. On another occasion Morrissey came over for tea. Thurston Moore pays his dues at last.

Thirty years later, life comes full circle when Thurston Moore pays his host back by interviewing him about the occasion – and many other star-studded encounters – at the Stoke Newington Literary Festival, it was announced today.

The legendary guitarist, who now lives in the north London neighbourhood, is hosting the talk – named after Haslam’s aptly titled memoir Sonic Youth Slept On My Floor (Music, Manchester And More) – at Abney Public Hall, 73A Stoke Newington Church Street, London N16 0AS, on Saturday 2 June, at 2pm.

Tickets are available direct from the Stokey Lit Fest website here and details of the full festival programme, taking place from 1-3 June, can be found here.

All words by Tim Cooper. You can find more of Tim’s writing on Louder Than War at his author’s archive. He is also on Twitter at @TimCoooperES.