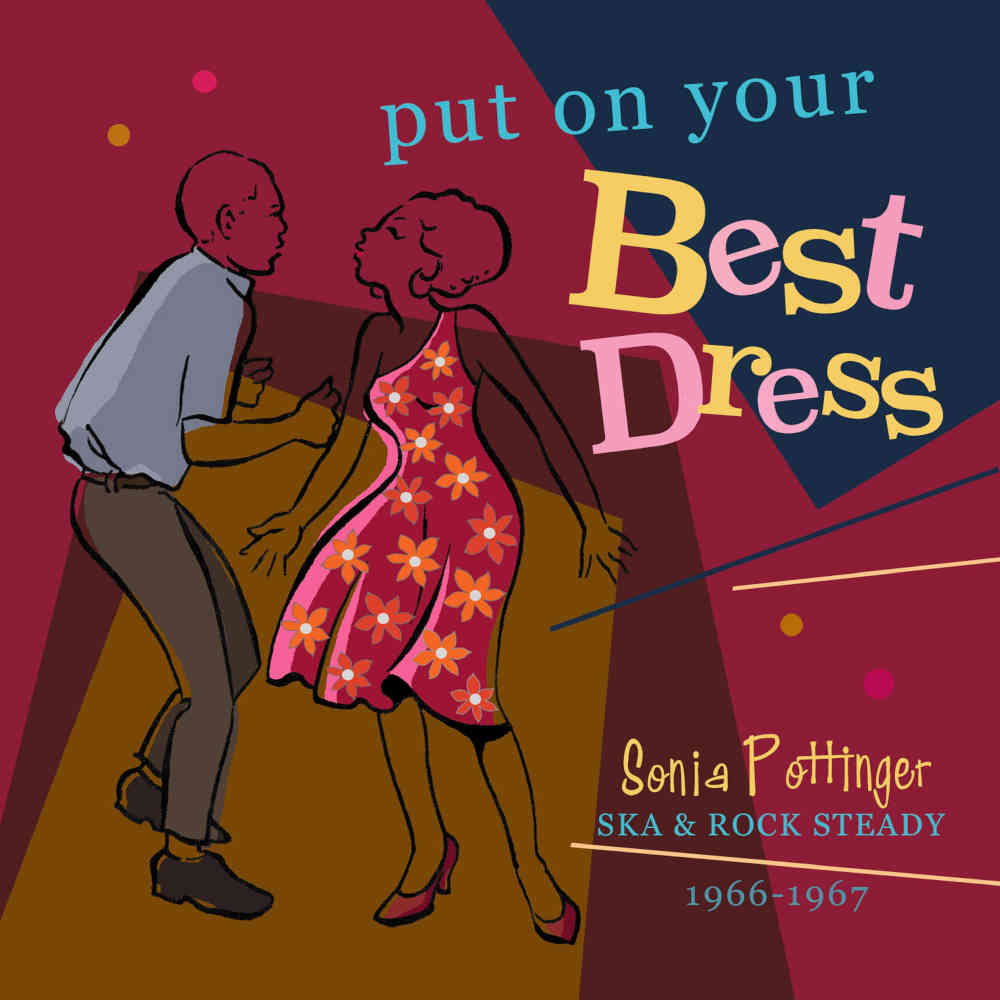 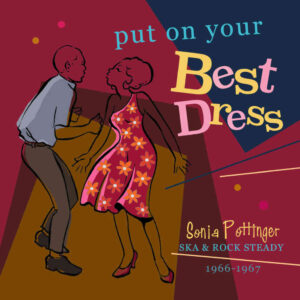 Taking as its base from the Attack Records’ 1990 compilation Put On Your Best Dress, this new collection spotlights the best of Sonia Pottinger’s recordings 1966-67… LTW’s Ian Canty gets down to the other sound of the Summer Of Love.

Doctor Bird have put out a few compilations of Sonia Pottinger’s work over the past few years (Read about ABC Rocksteady here, Gay Feet here and Dancing Down Orange Street here). Now we have Put On Your Best Dress which looks back at some of her early recordings of Ska and Rocksteady, plus a few oddities that don’t fit either category. Unlike these previous sets, this one in built around a relatively new album, a 1990 compilation of her work which was compiled by Reggae historian Steve Barrow and issued by the reactivated Attack label.

This collection focusses on the years 1966 and 1967, when Ska was still coming on strong, but the hot summer of 67 would mean the pace soon slowed down to the Rocksteady beat the following year. The earliest tracks featured here have Baba Brooks’ outfit, who functioned as the Pottinger house band, but soon Lyn Taitt’s Jets and the Fugitives would take over backing. All of these ensembles were eminently capable of providing the ideal musical landscape for singers or vocal groups to thrive.

As for the Put On Your Best Dress album itself, it is down to a mere 9 tracks here, but to be fair there isn’t really one that isn’t a gem. For example Guns Fever by the Valentines (who also feature with All In One, a sweet-voiced Ska nugget with great swishing cymbals) is a total anti-violence classing, playing off a low baleful voice against the sweet tones of the refrain. The theme is one returned to on disc two by the same band with their Stop The Violence song, part of an opening three song salvo with Stop Them by Hazel (Wright) and the Jolly Boys (not sure this is the same Jolly Boys of Mento legend – nothing in the sleeve notes and my other research points to them being different bands) and another “don’t be a Rude Boy” standard Drop The Ratchet by Stranger Cole.

Talking of whom, Pottinger was able to develop her stars and struck lucky with a winning combination of Stranger and Patsy Todd, who feature heavily on this collection. They were both great solo artists, but pairing them together was dynamite and led to some of the most enjoyable tracks here. In tandem they score on Put On…. with Tell It To Me, Stranger’s raw voice the perfect foil to Patsy’s soulful drive. Their Down The Train Line has an intro which utilises primitive Dub techniques and nifty percussion and a smooth organ drift provides the background for another fun and catchy duet Give Me The Right.

Patsy on her own also features on the original LP with Pata Pata Rocksteady, which has a touch of Nyahbinghi drumming steering it away from more standard Rocksteady fare. Give Love A Try finds her riding a Ska rhythm effectively and A Man Is Two-Faced is a cool bit of R&B which neatly cuts macho elements down to size. Patsy could certainly hold her own on a Soul tune as well as producing winning Rocksteady cuts like You Took My Love.

Back to the album itself, The Conquerors’ What A Agony is a fine example of Bluesy Rocksteady and Eric “Monty” Morris provides a Doo Wop influenced vocal on an eerie, drifting rhythm on the title track. He also has success matching a jerky feel to the slow and tender Play It Cool. The Conquerors feature again with a speedy, well-sung goodie Listen To Me Baby in a Ska mode and team up admirably with Stranger Cole on the Jazz/Mento/R&B crossover of Oh Ye Mahee.

One of the things I’ve found pleasing reviewing Sonia’s stuff in the past is the fact that she encouraged a bit of variety. She didn’t abandon everything else to chase the next big thing. She would cut discs of Mento, Calypso and Count Ossie’s Nyahbinghi drums, alongside the more fashion beats. While there’s more than enough Rocksteady and Ska beauts here to keep anyone happy, the variety does help to give a fuller picture of what was going on it Jamaica during 66/67. One delight for me was the Dingle Brothers’ (nothing to do with Emmerdale!) This is Thunder, a repeated vocal line over a near Folk Rock guitar jangle, with Mento stylings and fiery horn section constructed by Baba Brooks’ band. A real mixture and a real treat too.

Also one shouldn’t downplay the popularity of Calypso in Jamaica at the time – though it wasn’t cutting edge during the mid 60s, it still had many fans. It represented here by Ring Ding 67 by Count Lasher, a typically busy tune that celebrated the island’s independence and Al & The Vibrators’ Move Up Calypso (also versioned by Count Ossie as Move Up Nyah Bongo). The Webber Sisters impressed me on one of the other Sonia Pottinger comps and here they do so again in the Soul setting on Stars Above. Makes me wonder why they didn’t make more of a mark – they had the voices and invention, plus the solid backing provided by the Gay Feet players.

It would be remiss of me not to mention the raft of Stranger and Gladdy (Anderson, keyboardist with Lyn Taitt’s Jets and Roots Radics among others) sterling duets, with We Shall Overcome (no not that one) and the stop-start of Chances being my favourites. Put On Your Best Dress differs from a lot of the Doctor Bird reissues in that it mostly features vocal cuts, with only a few instrumental tunes. Powerful horns give Musical Pressure by Al And The Vibrators vital momentum and the Fugitives step out of the backing shadows on Seven Heaven, really showing their Jazz chops. The collection finishes with Christmas Time Again by Rueben Anderson, unseasonal I know in June! But the vibes put one in a pleasingly nostalgic mood, bringing a fine selection to a warm end.

Put On Your Best Dress proves again what and underrated producer Sonia Pottinger was. She had an open mind to recording different styles and was less concerned with following the prevailing trends than most. Her productions were not full of studio tricks or massive innovations, but just concentrated on getting the best performances out of her singers and players. It was a strategy that meant she was on fire during the Ska and Rocksteady eras, as is skilfully displayed here.