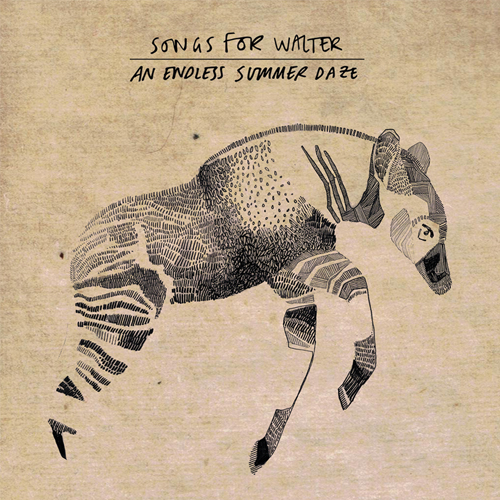 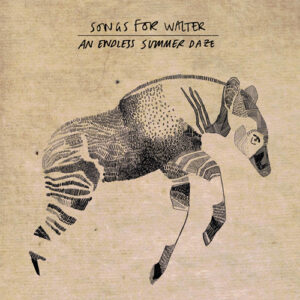 Songs for Walter, otherwise known as Manchester-based songwriter Laurie Hulme, is rapidly becoming one of the city’s unsung heroes thanks to his seemingly whimsical, but often deeply touching brand of folk-pop.

Where Hulme’s self-titled debut album was a sepia-tinged foray in to the life and times of his grandfather filled with plenty of love and lots of humour, its follow-up, An Endless Summer Daze, is hinged far more on emotive acoustic compositions than the power-pop of its predecessor. That doesn’t mean to say the two are particularly removed from each other either, however.

Hulme’s song-writing, and his ability to paint pictures with his lyricism shines through across both records. But while his debut was a homage to his grandfather, conjuring images of first dates, wedding days and standing on snails, An Endless Summer Daze looks outwards, more occasional political commentary and an idiosyncratic exploration of society than an affectionate trip down memory lane.

Opener ‘Earwigging’ sees Hulme channelling his inner Orwell, musing on the contrast between rising alienation in the western world and CCTV culture while ‘The Battle of Bexley Square’ is sonically most reminiscent of his debut, and recounts an event in Salford in 1931 in which peaceful protesters were set upon by mounted and plain clothes police.

It’s not all politics however. ‘Alien’ was inspired by a Louis Thereoux documentary on the subject of alien hunters and is a loping, airy number, as ephemeral as its subject matter, yet a prime example of Hulme’s songcraft; the delicate nuance of its instrumentation a testament to why he’s such a musician worth getting excited about.

An Endless Summer Daze is the perfect follow up to his 2015 debut – and though it doesn’t reinvent the wheel, what it does do is cement Hulme as not just a Manchester darling, but one of the most refreshing singer-songwriters in the UK at the moment. By taking elements of classic songwriters like Elliot Smith, fusing them together with a typically Northern outlook Hulme consistently crafts something that manages to feel both timely and timeless, while shedding any assumed simplicity with each repeat listen. A fantastic and welcome return.

More from Songs for Walter can be found on his website, Facebook and he tweets as: @Songsforwalter.