Home Music Bands Songs To Save Your Life: the music that sees us through hard... 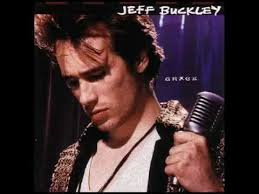 When times are tough music can be the one that gets us through. Amy Britton looks at the music which has helped our readers through their hardest moments.

If you’re reading this, I’m sure you’re a believer in the power of music, and the impact it can have on peoples lives. I had the idea to write something on the songs that see people through their hardest moments, but naturally I knew that I couldn’t write it on my own – so I put the word out to my readership to send me their contributions. Printed anonymously here, the responses were moving, positive, and incredibly honest. Thank you to those who have sent me the following details of the songs that saw them though their difficult moments.

“In tough times, I find the music of The Alarm is particularly uplifting. And I’ve heard The Alarm’s singer Mike Peters describe the song One Step Closer To Home as the best Alarm song ever written. This is something as it’s not his song but one of the original guitarist’s – Dave Sharp. It’s certainly a song that has spoken to me when at the point of giving up. The line ‘the tougher it gets, I’m one step closer to home’ provided particular inspiration to me recently when I was struggling desperately with writing a PhD thesis. The thought though that things were only getting tougher because I was closing in on my destination – rather like an explorer or long-distance runner – was certainly motivation in me thankfully finally completing my research.”

“I like to think that I have some ‘go to’ tunes in dark times but strangely, some songs just appear and hit the right tone. For instance, last year when Jo Cox was killed in our village, I was driving on the Saturday afternoon just after and 6Music played James live at Glastonbury. They broadcast Sometimes followed by Tomorrow. I’m not the biggest fan of James but I love those two songs, particularly Sometimes. The chorus made me cry and I had to pull over. I saw them play it live a few weeks later and literally sobbed myself sick. The line ‘Sometimes, when I look deep in your eyes, I swear I can see your soul’ seemed especially poignant on the day of her funeral. I play Too Sick To Pray by Alabama Three every day. It’s probably the best song about depression you will hear. ‘I’m in a crowded place, I can’t recognise a single face’ and ‘Winter’s walking up the avenue/ And I ain’t seen the sun shine since the 6th of June…’ then going into the chorus of ‘Don’t call the doctor / I’m gonna get better / Don’t run for the priest / I’m gonna find some faith / Just because I burned my bible baby / It don’t mean I’m too sick to pray’. I have taken to joining my mate’s band on stage when they cover it. It’s also one of my chosen funeral songs (along with Joe Strummers Silver and Gold: ‘Oh, I do a lotta things, I know is wrong / Hope I’m forgiven before I’m gone / It’ll take a lotta prayers to save my soul / And I got to hurry up before I grow too old’ and the final is Enjoy Yourself by Prince Buster as people leave…’Enjoy yourself it’s later than you think.’)

“My choice would be Jeff Buckley’s Lover, You Should Have Come Over. I was listening to Grace on a loop as I was heading towards a breakdown. Drugs and alcohol addiction plus my destroying of not one but two relationships cost me a lot at the time. The line ‘she’s the tear that hangs inside my soul forever’ was the one that got me.”

And some words from me…

I can’t even begin to describe what a bad place I was in at one time, thankfully rooted in the past. I’ve talked quite openly about some of the events that occurred in previous articles for Louder Than War – namely the one I wrote about Robin Thicke’s Blurred Lines – and was overwhelmed by the amount of support I received from the wonderful readership.

Some of you will know that I was brutally raped; to add to the torment of this I was bereft of my usual shoulder to cry on after the death of a close friend, and I had taken on a job I hated, which saw me dread waking each up day (but, given the economic crash, there was a ‘take any job offered’ mentality which meant I was apparently meant to feel grateful for anything at all, regardless of how irrelevant to my degree it was, or how much I failed to gel with my colleagues.) My mental health was at its lowest ebb; I felt like everything was beyond my control. I barely recognise the girl in photos of that era; dangerously underweight with a permanent look of anxiety on my face.

However, music was always a provider of potential hope. There was lots of music of the past I dipped into to get me through – a fabulous lecturer had told me to ‘in bad times listen to Leonard Cohen, it feels like he knows how you feel’ two years earlier, and I had some of the lyrics from the Manic Street Preachers Faster tattooed on my back as a reminder of my intellectual strength which would have been easy to forget.

The song which probably filled me with the most optimism, though, was The Horrors’ Sea Within A Sea, released that year. Perhaps because my emotions were so heightened at the time, or perhaps because I’m so responsive to music, I actually burst into tears the first time I heard it, simply at the fact that something so brilliant had been created in my lifetime. The whole of Primary Colours made it clear that this was a band undergoing the opposite of ‘difficult second album’ syndrome, but Sea Within A Sea in particular reached out to me – its ebb and flow of sound waves and aural build up make it utterly absorbing; a song which can shut out an outside world which was so awful to me at the time; almost a kind of musical version of Virgina Woolf’s novel The Waves in the way it mirrors movement and rhythm without taking on any conventional form.

Lyrically speaking, the lines ‘will you leap to follow/will you turn to go/will your dreams stay rooted in the shadows’  are completely open to interpretation and thus seemed massively relevant to me at all the time. Every time I felt close the edge in my post-traumatic state, I found it was the perfect song to return to.

Things did, thankfully, get better for me. My attackers were prosecuted, I quit my job and returned to university to take postgraduate study, and through better mental wellbeing I restored my physical health. But I never stopped returning to Sea Within A Sea – I actually created some choreography to it recently and felt completely lost in it as I did so, in the very best kind of way.

2017 is shaping up to be another potential nightmare of a year, which is seeing me and my family far too familiar with hospital rooms, but I know there will always be the music (and the lovely LTW readership!) to see me through. And, thanks to some of your wonderfully honest contributions to this article, I know some of you feel the same.

Words by Amy Britton (with a little help from her friends!). More can be found at her archive or via Twitter: @amyjaybritton

Thank you to those who contributed to this piece.