Home Blogs Sola takes a trip from Jamiroquai to Yoruba 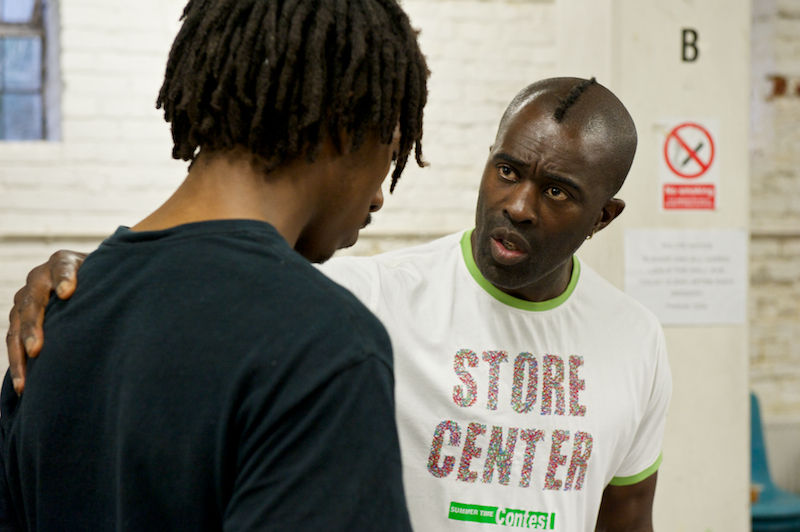 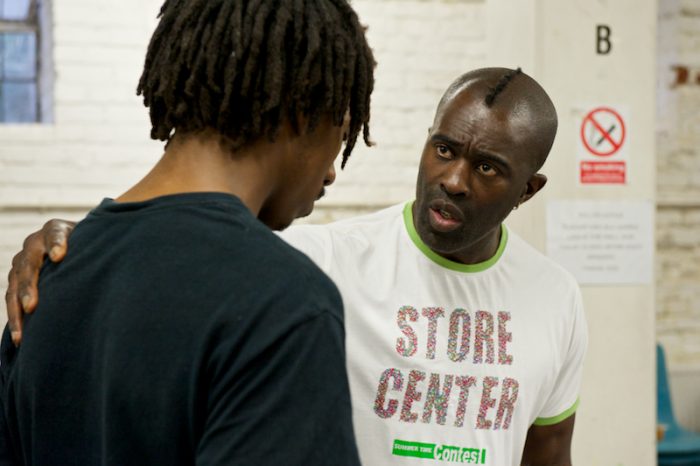 You might not think John Webster’s Jacobean masterpiece The Duchess of Malfi wouldn’t work if it was suddenly uprooted to pre-colonial West Africa but that’s the task Moji Kareem set herself when she conceived Iyalode of Eti.

Written by Debo Oluwatuminu this bold reimagining by Leeds based African Theatre group Utopia Theatre is directed by Kareem at West Yorkshire Playhouse from Friday 22 September until Sunday 24 September.

This very English play is being retold as an African mystical fable and the all African cast includes Nollywood actress Kehinde Bankole who plays the recently widowed Iyalode longing to marry her lover, but her controlling brothers are trying to stop the union.

The show’s musical director Sola Akingbola has been percussionist with mega selling British soul band Jamiroquai since 1993 and is rapidly making his name as a theatre composer.

“For me, the more and more we are doing this, it comes across as a story of the usual thing of the male oppression of female power and male fear of female independence,” says Sola. “Watching rehearsals I have a sense is that she is a powerful and independent person so the men are just trying to control her.

“They are trying to control female sexuality because they are trying to stop her getting married and there is the whole class thing too. They are concerned about tainting the noble bloodline.”

It is a bold step by Kareem to transpose Webster’s work to 16th century pre-colonial Yoruba but Akingbola thinks the themes successfully translate across continents.

“ I think they do as is usual with all the great classics they seem to still ask the questions of every generation and of every society like what is the power dynamic, what are the forces resisting that dynamic and what are the structures those dynamics work in. It asks which people are trying to resist, what are the forces that try to resist that class and social hierarchy and who is trying to change it.” 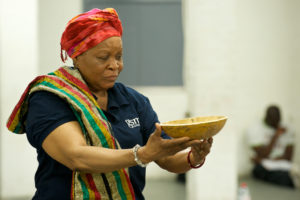 In many ways the changing societal norms in Webster’s England are a good fit for this new version as women are asserting their independence mirroring the troubled times brewing in Yoruba land which is now modern Nigeria.

“ I think is quite an interesting time as around that time in Yoruba land was the start of the internecine wars that actually kind of fueled the slave trade,” muses Akingbola. “So before the slave trade arrived with the Europeans there was already a struggle going on because the political structures were coming under pressure and change was going on.”

Akingbola is also doing spot of acting as a wise herbalist, but his main job is to use his skills as percussionist to add traditional drumming to the onstage mix, but it is a challenge as there are obviously no recordings from that period.

“I tried to focus on what I feel are the foundation of Yoruba music which come from the talking drum and how integral the language is to the drumming. I’ve tried for an idea of a representation of that time. Some of drummers that I’ve met say not much has changed and they have been using their instruments for as far back as they can remember.”`

Akingbola is a busy man at the moment as well as doing this show he has just finished writing the music for Hamlet at the RSC and has been hard at work in the studio with hyperactive Jamiroquai man in a hat Jay Kay.

“I’ve been doing the band since 1997 and we have just finished doing the new album, which I think is going to released next year. It’s a fantastic privilege and I feel very lucky to be in an internationally successful band which enables me to play and explore in such a free, but disciplined way

“Jay is fantastic and a real performer who when he gets into the spirit of it he really does go for it. He believes in it making you believe which make the whole band rise to the challenge. We have been playing together for 18 years so we are all really into doing the music justice.”

Iyalode of Eti plays the West Yorkshire Playhouse’s Barber Studio from Thursday 22 September to Saturday 24 September. To book go to www.wyp.or.uk or box office on 0113 2137700. Follow them @wyplayhouse