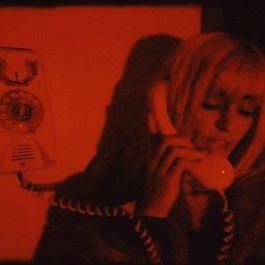 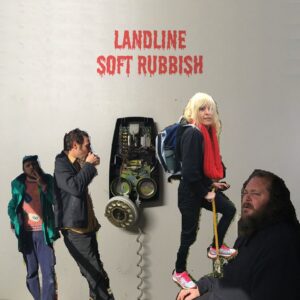 Australian fragile-psych band celebrate the old-fashioned way of telecommunicating. Ged Babey gets nostalgic about the telling-bone.

Do you remember your first landline telephone number from when you were a kid?

I do: It was Earldoms 685. Yeah just three digits – There was no such place as Earldoms it was the name given to a bunch of Wiltshire villages for some unknown reason.

In fact I am so old I can remember when our landline was installed.  It must’ve been around 1975.  (It was only five years earlier that we’d reached the landmark of getting an inside toilet but) now we had really entered the 20th Century.  We could tele-communicate with the World!

I seem to remember it only ever rang about once every three or four months for the first few years and made us jump out of our skin when it did; until my sister reached teenage and it got a lot more use.

Of course I remember discovering the ‘Prank call’ with my mate Paul Wilkins (who went to a different secondary school to me.) We’d phone his most hated teacher to call him a ‘bummer’.  I had to do it of course, in case he recognised Paul’s voice.

Then there was Mr Zebedee from the back page of the phone directory… ” BOING!!!!! Time for Bed!”

The telling bone wasn’t all joy though. I’ll never forget my dad ringing round to tell the family my mum had died. and never quite getting to the end of the sentence each time.

Landline is a song about the romantic nostalgia for the old-fashioned immobile phone. It’s by the Australian lo-fi psych-pop band Soft Rubbish who are a collective built around the talent of Julie ‘Monty’ Montan.  I wrote about Soft Rubbish before back in October last year and thanks to social media keep in touch with Antipodean housewife & thrift-shop glamour-puss Monty.

To me there is no obsolescence felt more acutely than that of the landline telephone. Once considered a revolution in telecommunication (and quite short-lived when you think about it). The landline has been replaced by a digital factotum – the mobile phone – a device much less endearing than ‘old faithful’. It has its pros that’s for sure but the E-waste produced by the proliferation of hand-held technology is phenomenal and real. The lost joy of hearing the phone ring in the hallway, lounge room or kitchen, talking to our friends tethered to a wall, making prank calls on a Friday night sleepover, is also real. This song is a lament to the landline telephone.

Soft Rubbish release their debut album ‘Not In The Game’ early next year, but over the coming months are releasing two singles of which Landline is the first.

Self-described as “4 on the floor, an arsenal of synths, vox, tenor electric, distorted bass and drums. an angry post-psych-punk-pop band”(Julie Montan, Joseph Foley, Renato Vacirca, Matthew Sincock) and  “an internal scream externalised, a lament about planned obsolescence, lost affinity with nature, and a cry for justice and kindness in the golden age of advanced capitalism. They also have monster tunes.”

There is just something special, charming and naive about Soft Rubbish and their songs.  I’ve had a sneak preview of the album and it feels like the first Sparklehorse album: sparse, lo-fi and unique: – only fronted by a kooky bohemian Australian Kate Bush fan – with her loyal husband and friends contributing ideas.  It’s off-kilter. lackadaisical music but with a lot of thought, daydreams and conflicting emotions contained therein.

Landline is a nursery-psych aperitif before the main course… which serves up in early 2019.

Download the track from Bandcamp ‘Name Your Own Price’