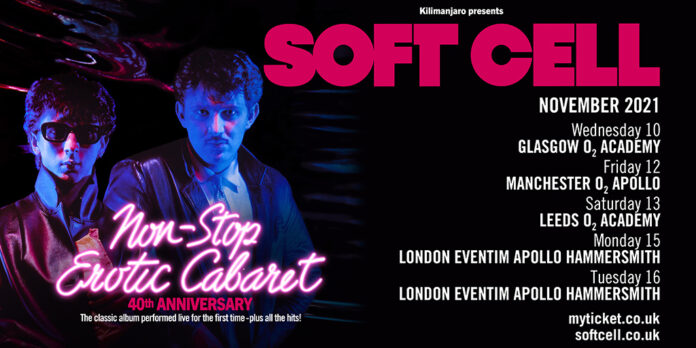 They will be visiting Glasgow, Manchester, Leeds and London and for the very first time will be performing the album in its entirety, alongside more of their hits and new material. 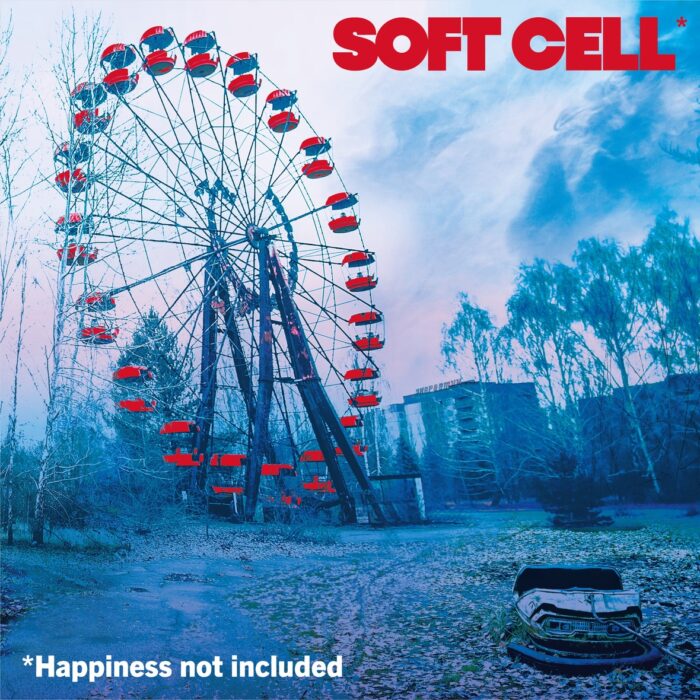 Not content with performing live once more, they are also planning to release a new album *Happiness Not Included, set for release on 25th February 2022 – some of this new material will be included in their shows. The tracks have that unmistakable Soft Cell sound; the balance of light and dark elements, personal themes by Almond on his experiences of modern life in the media. It will be their fifth studio album and, considering it has been twenty years since they last released music together, this is something special and long overdue.

Bruises On My Illusions is their new single, (taken from their forthcoming album) available to download now and for preorder vinyl and CD.

As Marc Almond explains,“Bruises On My Illusions is a mini film noir Soft Cell story about a disillusioned character with everything against him or her who still has hope for a better future, despite the odds. A darker Bedsitter. Dave’s ominous yet punchy defiant chords inspired the song.”

Dave Ball adds, “One of our darker cinematic pop moments with a classic Marc Almond lyric.”

Louder Than War can’t wait to get down the front and be immersed in the iconic sounds of Soft Cell, the ’80s at their finest. Get your tickets now before they sell out and you can swear you were there. This is one show not to be missed.

You can check out Soft Cell at their website