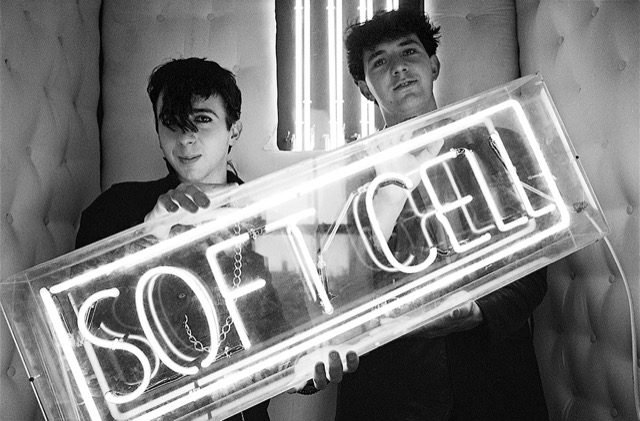 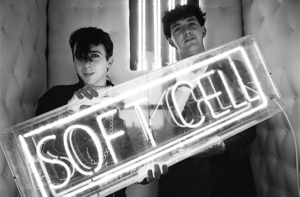 Iconic electro duo Soft Cell are to be celebrated in a luxury limited edition photobook entitled To Show You I’ve Been There, published by Renegade Music on 1st May 2019. Matt Mead previews the release for Louder Than War.

From their earliest days performing experimental cabaret at Leeds Polytechnic and around the northern club circuit in the late 1970s to their triumphant ‘farewell’ concert at London’s O2 Arena in September 2018, To Show You I’ve Been There illustrates Soft Cell’s sharp trajectory into the musical landscape of the 1980s and beyond.

Featuring a carefully curated selection of over 200 rare and previously unpublished photos from all eras of their inspirational and sometimes controversial career, this stylishly bound book features colour and black & white images from a roster of highly-respected music photographers. Peter Ashworth, who worked closely with the band from the start and shot the covers for three of the band’s albums, has opened his archive to provide some startlingly beautiful images. 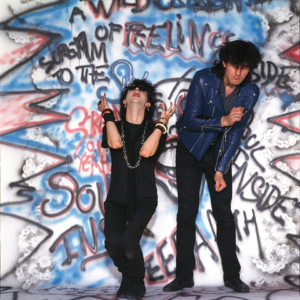 Insightful commentary and back stories from Marc Almond and Dave Ball accompany the photos and shed new light on many aspects of their creative and chaotic time as Soft Cell, a band which although short-lived, has inspired new generations of musicians with their ground-breaking and iconic sound.

Each copy of the book will be accompanied by an exclusive 7-inch vinyl Magick Mutants EP containing four fully re-recorded tracks from the band’s early 80s archive. The tracks are Science Fiction Stories, Bleak Is My Favourite Cliché, The Girl With The Patent Leather Face and a special cover of the seminal 1979 Fad Gadget single Back To Nature. As with the highly-sought-after Mutant Moments EP from 1980, the artwork has been created by Dave Ball, and the tracks will also be made available as full-length downloads with purchase of the book. Neither the 7” nor the downloads will be available to buy independently from the book, and no further pressings will ever be made. The ultimate piece of Soft Cell memorabilia.

Previews and how to order can be found here

Article via Matt Mead. Further article’s by Matt can be found via the Louder Than War author archive pages.