Home Music Reviews Album Reviews Society’s Decline: No Angel On The Shoulder Of The World – album... 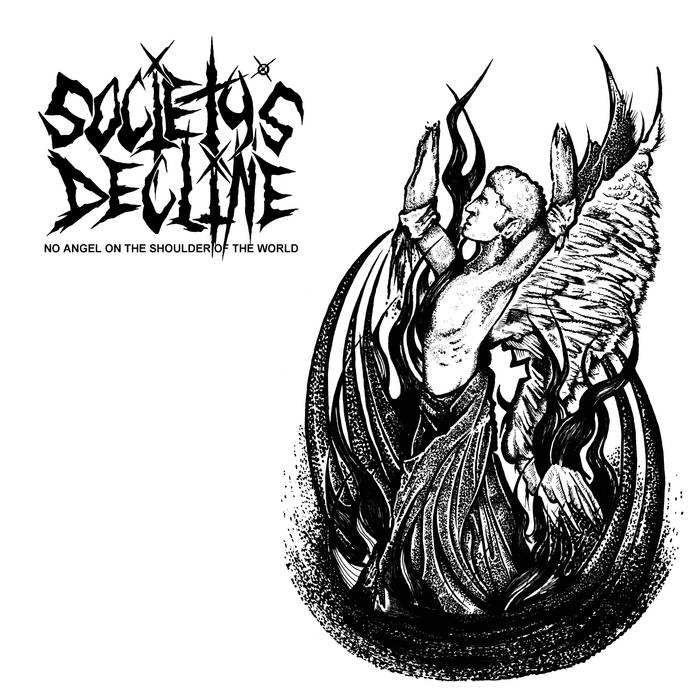 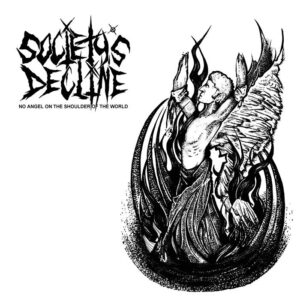 No Angel On The Shoulder Of The World

Swedish D-beat warriors score as they kick a collection of raw songs about war, death and political idiocy in our direction.

While England may wipe the floor with Sweden on the football pitch, in the world of punk rock, Sweden’s performance is on a par and arguably excels that of England on a regular basis.  Like football, D-beat was originated by the English.   This sub genre of punk is based on the drum style and overall approach to song writing of Discharge.  It’s just that the Swedes took it and made it their own, scoring the equivalent of a goal from an overhead kick.  Q: And D-Beat? A: And D-Beat.

Society’s Decline hail from Stockholm.  They play D-beat, alternately referred to as kang or mangel.  There is a definite Totalitar influence with this mob – in the guitar tone, riffing and the occasional squeally high pitched chainsaw lead break.  Add a touch of Doom and you’ll be getting the picture.  Raw and rough vocals complete the scene.  And for some of you that will be enough to pique your interest.  You know who you are, with your greasy trousers and dreadlocks or immaculately patched black denim and spikes.  This record was made for you.

Vying with the guitar as the engine that drives the band is the D-beat drum pattern, but the odd hardcore flourish on the drums gives this a modern twist on a well trodden path.  But overall it sounds like it could have been released in the late 80s or early 90s, which is when the whole “scando” thing crystallised. I now realise how old that sounds when to me it feels like a few months back.  As I re-listen to the LP there is a a touch of fellow Discharge worshippers Meanwhile (who had previously been known as Dischange).

Reign Of The Imbecile probably stands out as their Trump card with a real groove and an obvious relevance, editing this as I am when imbecile-in-chief lands on our shores.

There is some variety in the sound, which can sometimes be missing with this sort of release when all too often you get song after song sounding almost the same and it becomes difficult to pick out which is which. While many of the vast army of D-beat bands emulate the bands who themselves tried to emulate Discharge, Society’s Decline sound closer to the Stoke-on-Trent originators in places –  especially on the song End of Days.  Is it a coincidence that the song shares the name of the title track on Discharge’s recent return-to-form LP? You decide.

Like I say, you probably knew if you liked this by the end of the second paragraph.  I know I did.