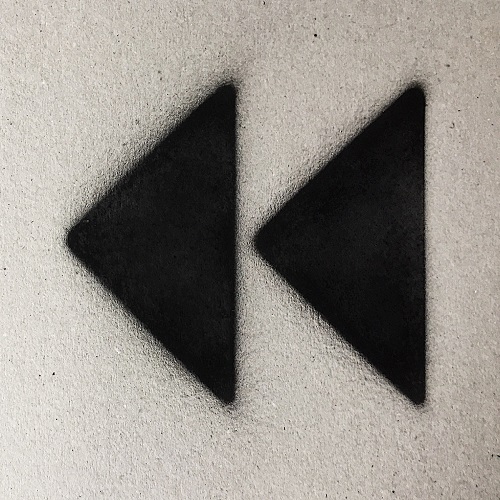 Now this record is interesting, something different. Moreover a release that has a strong sense of character (its own I may add) which (if you read on) you will appreciate is quite something given the sound’s provenance. Rewind is a strange but beguiling release that slowly starts to encase you the more you listen, forming a sort of sonic film around you, acting as your receiver and filter to the outside world. It’s shapeless and very moreish the way Ekoplekz records are – a sound that acts like the snatches of a melody heard from a car speeding past you.

The idea of snatching something out of the ether is important to hold onto in this review. In essence that’s what happened with the recording of this LP. Soccer96 are two lads from  The Comet Is Coming, here known as Danalogue and Betamax. Ferreting around in junk shops led to them collating and re-employing set of old tapes that formed the mix for the ‘Rewind’ cake back on a vintage ‘Alice’ mixing desk in the Soccer96 analogue lab.

Tape is such a strange medium, a ghostly one, probably more sympathetic in capturing netherworldly or “lost” states than any other. Side one seems to accentuate this concept, a vehicle in which to undertake a formless voyage through mid-tones and half expressed beats. It’s a very hallucinatory listen in places transporting us back to the mid 1990s, reminiscent of Cool Keith, Money Mark or Barry Adamson, or Beta Boys for that matter. Casual, urban, ever so slightly peacocky. Maybe the band’s nostalgic name is meant to further this, conjuring up visions of our younger selves, walking around trying to look like John Spencer… Is this a wake for the (very sparse) acceptable bits of 1990s lad kultur?

Lads, however, like the obvious and obvious this record ain’t. The tape hiss and often “flat” sound creates apertures which we listeners slip through, finding another memory being activated. Seeing as one the tracks is called ‘Time Flows in Circles’ (which benefits from some semi-detached verbiage from Fred Stidson) it’s clear that SOCCER96 want to explore this theme. Where are we? And does it actually matter? Probably not as this mode of aural transport is very fulfilling when confronted by “beautiful accidents” such as ‘Wake’; where the very moreish wobbles, fumbles and rumbles sneak up on Burial’s muse.

Side two has more structure in terms of rhythm, conjuring up sonic spirits that hark to DJ Shadow and Tubeway Army in equal measure. ‘String Theory’ and ‘Crush’ are solid pieces that guide us towards the tremendous one-two of the closing pair, the beautiful soundscape of ‘I Dreamt About It’ (a classic lost 1990 sunkist acid comedown if ever there was one) and the brilliant New Beat remix of an older track, ‘Constellation’, which marches us out of the door like the Mad Professor giving La Alice a firm boot up the posterior on her way out of Wonderland.