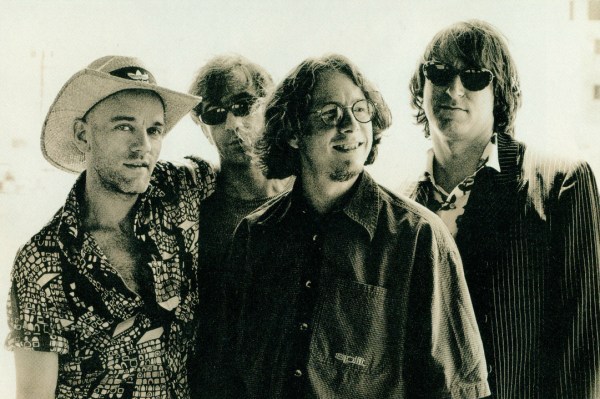 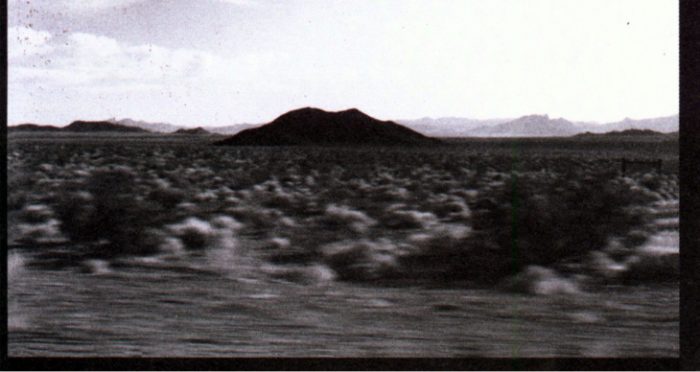 Just looking at the sleeve and booklet for New Adventures In Hi-Fi will invoke a succession of (correct) assumptions. The beautiful, but blurred, photographs capture landscapes and landmarks, presumably from a moving vehicle. The front cover itself is the side of a road that, within seconds, would have roared past at quick speed. On the back, the songs have titles such as ‘Departure’, ‘Leave’ and ‘Low Desert’.

In short, the album invokes a feeling of travel, a snapshot in life that doesn’t last long enough to leave a valuable imprint, but will try and leave its mark nonetheless. NAIHF, as we shall call it from now on, is R.E.M.’s most transitory record. 20 years on from its release, it’s also their last classic.

While deceased outfits such as The Smiths and Talking Heads are talked about in revolutionary ramblings, R.E.M.’s creative and commercial clout hasn’t transcended; to summarise, while many 18-year-olds will post a link to, say, ‘Psycho Killer’, it’s hard to imagine any of them wildly promoting ‘Sitting Still’.

It’s a shame, for R.E.M. are one of the few bands that have produced many classic albums, rather than just one (alongside NAIHF, you only have to listen to the earnest jangle of 1984’s Reckoning or 1992’s elegiac Automatic for the People to understand). They also saw it as their duty to evolve and develop with each record (something that influenced the likes of Radiohead and Coldplay), and NAIHF demonstrates the high watermark of both the band’s songwriting skills and their restless creative spirits.

NAIHF represents a grim finality in a number of fields – it was the last with producer Scott Litt, the final record to eschew booklet lyrics and, crucially, the swansong of drummer Bill Berry. His amicable departure led to a period of panic and artistic confusion within the Athens band, leading to ambitious, but resistant, records like Up and Reveal.

The record had a strange, but fruitful, birth, and to understand its gestation, you have to visit the murky depths of 1994’s Monster. The four-piece – Berry, singer Michael Stipe, bassist Mike Mills and guitarist Peter Buck – decided, consciously, to make a noisy rock record. However, Monster is surprisingly abrasive and sludgy, the sound of geeky grunge lovers rocking out in a suburban garage. To sum it up, it sounds like they were trying too hard. It was an ugly, attic-adorned Siamese twin of a record, but it did get R.E.M. back on the road, where the writing and recording of NAIHF began.

With their foot on the literal gas – touring the depths of the world – musically the band relaxed, and, seeking inspiration from then-zeitgeist-baiting rockers Radiohead, they began to record at soundchecks and in rehearsals. Naturally, this feeling of wooziness, travel and spontaneity bleed into NAIHF’s songs, as well as adding a layer of enigmatic mystery to the tracks.

While Monster felt trite, NAIHF’s ‘rockers’ feel relaxed and full of purpose. ‘The Wake-Up Bomb’ is a much more enjoyable glam thrash than ‘King of Comedy’ was, while the adolescent angst of ‘Binky the Doormat’ is perfectly permeated through Stipe and Mills’ cries of “go away”. Buck sounds much more at ease, whether he be adding facets of intrigue into the brooding jangle of ‘Bittersweet Me’ or cranking up the distortion on ‘Departure’. 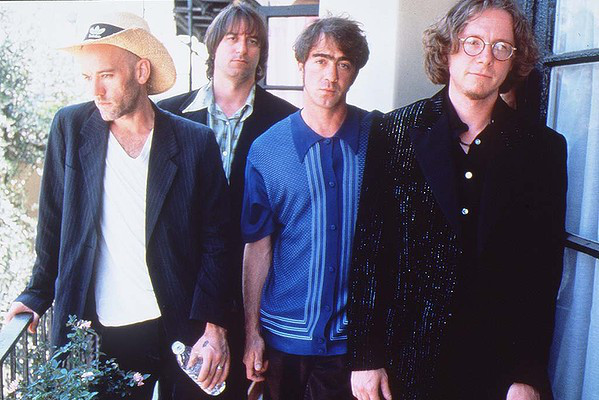 The album is R.E.M.’s longest, but it never outstays its welcome; songs change and mutate within their five-minute timeframes. ‘Undertow’ never loses its sense of inner turbulence, from its fuzzed-up bass to its murky outro. Even more daring is ‘Leave’, which begins with a gently plucked, atmospheric acoustic before exploding into an ear-splitting siren. The latter, oddly, becomes the song’s motif, running through the track as if the band want the listener to be put off. It doesn’t work – here the band are taking risks but doing it in style, and we’re along for the ride.

It’s the confidence within the chaos that endears NAIHF – Buck’s guitar runs on reverb, Mills’ bass fizzy and unwelcoming, Stipe’s delivery mysterious but obtuse. What could be disillusion is instead defiance; never again did R.E.M. produce a record so diverse and satisfying (they tried, but fell slightly short, on their swansong, Collapse Into Now).

Lyrically, Stipe revisits the celebrity baiting and fodder he did for Monster, but there’s also a sense of weariness and unease that bathes the already-haunting songs. “You say that you hate it / but you want to recreate it,” he laments on the taut, muscular ‘So Fast, So Numb’. “The story is a sad one, told many times,” he yearns on the album’s opener, the Morricone-esque piano thrum of ‘How The West Was Won and Where It Got Us’.

The feeling of travel, and mystery, is perfectly personified in ‘Low Desert’, the song that matches the cover. An almost Fear and Loathing-style road trip through the desert begins, Stipe contemplating whether it’s an “eye lash or a little bit of sleep”. Buck’s guitar propels like a car engine, revving into a dusty, four-stroke riff. As the road continues to open up to more endless highways, Stipe sighs: “tricked again.” It’s a moment of danger, suspense and transition, all summed up in one.

Then there’s the two singles. ‘E-Bow the Letter’ was chosen as the first single, in a record that’s awash with greatness, but no sure-fire hits. It’s wrapped around a moody, moaning guitar riff from Buck (as well as a sombre acoustic) and embellished by Patti Smith’s strong warble, as Stipe sighs: “This sadness and sorrow, who’d have thought tomorrow could be so strange? My loss, and here we go again.” It’s a duet that soothes but haunts at the same time, and is one of the most gorgeous singles in the R.E.M. canon.

‘Electrolite’ is the closer, and is perhaps one of the finest endings to a record, ever. The theme of transition and travel rear their head again, but this time ‘Electrolite’ sees Stipe gesticulate on the superficial nature of Hollywood and its forefathers. “20th century, go to sleep,” he ponders, before adding: “really deep.” Built around Mills’ folkish piano riff, allegedly Stipe hated the song until a certain Thom Yorke insisted it was the best song they’d ever done. He’s certainly got a point – from the breezy violin solo to Buck’s melodic banjo, it’s a lovely, lilting finale to an album that provokes an admirable measure of mystery, intrigue and, above all, fully-realised creativity.

NAIHF is like leaving a Polaroid in an abandoned darkroom – slowly it reveals its secrets and imagery, but never at once, and never completely. As Stipe himself said in one of the greatest closing lines in history, “I’m not scared…I’m outta here.”