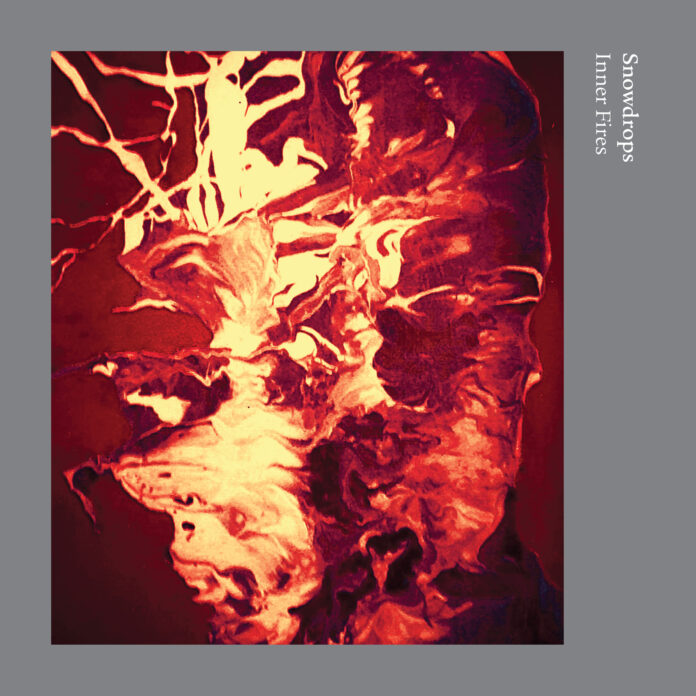 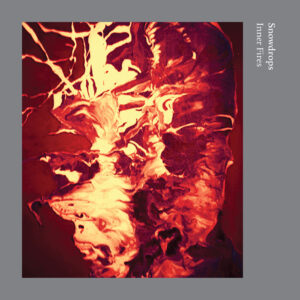 French chamber duo Snowdrops return with their most adventurous and experimental release to date, one full of tension and drama. Gordon Rutherford reviews for Louder Than War.

One of the albums that has given me most pleasure in this most bountiful of years was Christine Ott’s tour de force, Time To Die. Now, earlier than we might have reasonably anticipated, Ott has returned, and this time she’s got company. Snowdrops are a French chamber duo comprised of Ott and Mathieu Gabry, and this new album, entitled Inner Fires, is the follow up to their highly acclaimed 2020 release, Volutes. Recognised by the Guardian as one of the ten best contemporary albums of 2020, Volutes set a high benchmark. However, that’s a challenge that Inner Fires has risen to.

This collection of four tracks takes Snowdrops in a slightly different direction from Volutes. Fusing modern classical with electronic, it is more ambitious, more experimental and more innovative. The musical conflict between them is elevated. Yet some things do, thankfully, remain. Plus ça change, as they say in Snowdrops’ homeland. First and foremost, the quality of the compositions is as strong as ever and those exquisite textures that are crafted between Ott and Gabry persist. Moreover, it will come as no surprise to hear the ondes Martenot feature. As mentioned in my Time To Die piece, Ott is one of the world’s foremost exponents of this eerie, otherworldly, notoriously difficult to master instrument. It is claimed that fewer than one hundred people have ever conquered this quirky sonic marvel. Consequently, anything involving Ott (whether solo, with Snowdrops or her other collaboration with Gabry, Theodore’s Wild Ride), invariably sounds quite distinctive.

That musical wonder, the ondes Martenot, actually only features on the first half of Inner Fires; a collection which the duo describes as a study of cinematographic dramaturgy in four chapters, each of which tells us about collective loneliness, sleepy thoughts and sudden awakenings. It’s a very fitting description. These chapters are wrought with conflict. It’s like watching a duel that is taking place between two great knights, with each one manoeuvring for position. The interaction between Ott and Gabry is both devastating and compelling. You simply cannot turn away from it.

It begins with the first chapter in the study, the sublimely poetic Elevation, which begins with Gabry’s beautiful minimalist piano picking out notes that cut through the speakers like shards of crystal. Then, for the first time on this album, comes the contrast. The shade to counteract the light is provided by Ott’s ondes Martenot, which evokes images of a beast awakening from hibernation. It groans and crackles into life as it threatens Gabry’s fragile elegance. This struggle, or is it a passionate dance, continues fascinatingly throughout Inner Fires, toying with our minds. The sound is simultaneously harmonious, yet divergent. Roles are reversed in the following track, Egopolis, as it opens this time with that ominous ondes Martenot of Ott. Portentously, it laments the demise of something whilst Gabry’s piano picks a path through the discordant chaos with subtle grace. Egopolis comes from a darker place than the album’s opening track, reminding us of Snowdrops’ description of this collection as being about the “slow disappearance of our beings from our world”. Egopolis encompasses that fear precisely. 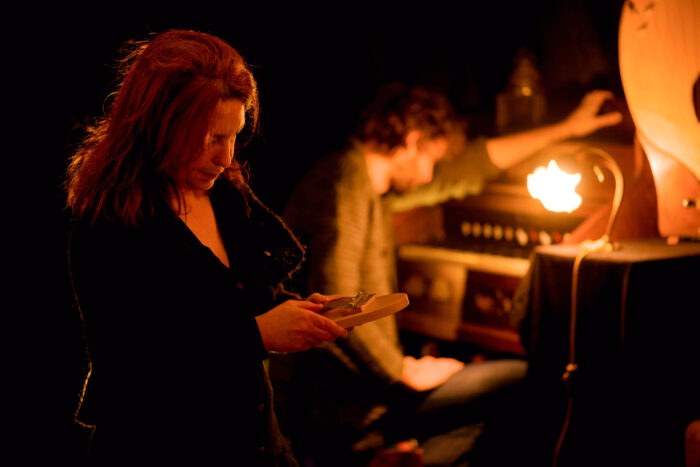 The second half of Inner Fires opens with the pulsating, rhythmic beat of Shadow Society – A Piece Of Freedom. That percussive effect sounds as though it is coming from someone drumming on the lid of the Steinway piano deployed on this collection. As it progresses, the intensity mounts. It has the feel of a trans-European express speeding across the continent like a bullet. As the track develops, it is evident that, despite Ott’s abandoning of the ondes Martenot for piano, this is the most experimental composition on this collection. One can also detect the whiff of improvisation here as piano and electronics waltz around each other, one daring the other to follow. It feels spontaneous and unrehearsed, which brings an incredibly human sensitivity to proceedings.

Inner Fires draws to a close with the discordancy of Rüptur 47. Conflict abounds, as the two pianos of Ott and Gabry, one on the Steinway and one on a cheap digital keyboard, clash cacophonously. We have witnessed conflict throughout Inner Fires, but nowhere is it as marked as it is on Rüptur 47. The tension mounts as it progresses, bringing the sense that, like some great dying star, it is all going to collapse in on itself. Then, just when you think things cannot become more dissonant, the ferocious electric guitar of guest, Richard Knox, comes crashing in. It’s like a flamethrower, scorching everything in its path. Except it doesn’t. Undeterred, Ott and Gabry continue to work their respective pianos, making the music reel frantically. It’s as though they are lost in their own universe.

I guess that’s where the genius lies. Despite that conflict that becomes ever more evident as Inner Fires progresses, or perhaps because of it, this is an album that mesmerises you throughout. You are aware of the tension, the light and shade battling for prominence, yet the synergy between the two creates such an end result that you are hooked throughout. Like some form of alchemy, it has produced a fascinating and spellbinding album, one that should follow the success of Volutes in troubling the list makers at the end of the year. Another description that Snowdrops apply to Inner Fires is “on the edge of a precipice”. With its continuous sense of drama and ominous danger, it does feel that way. But being in such a precarious position is thrilling. It’s exhilarating. And aren’t we supposed to feel that way? If you believe that the creators of music are supposed to push the boundaries, then Inner Fires will be right up your street.