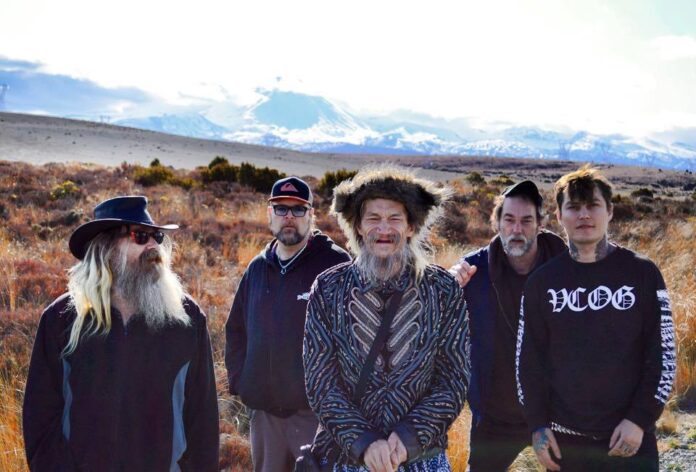 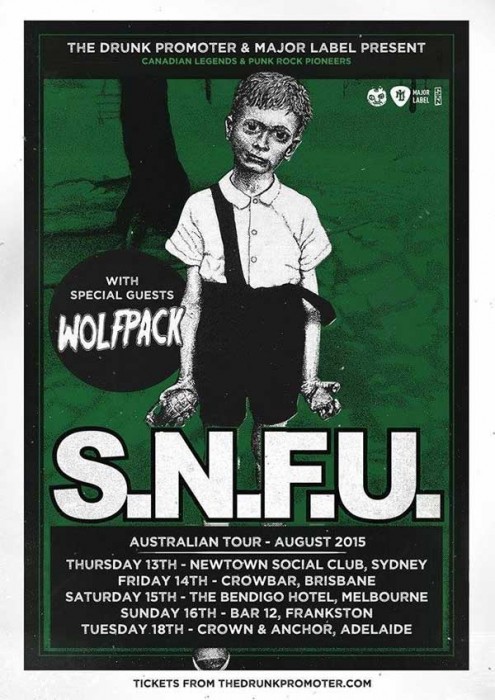 Long running and incredibly popular Canadian punk rock heroes SNFU took in a show in Melbourne last week quite soon after they killed it at Rebellion Festival recently. Marc Brekau reports back from an energetic – and entertaining – show.

Melbourne’s vibrant pub and club scene remains defiantly alive and kicking down under, with The Bendigo Hotel (TBH) a staunch supporter of live music and local bands. Located a block down (or up, depending upon which direction you travel) from iconic live music neighbour The Tote – which over 10,000 fans rallied to save from closing in 2010 – TBH features a compact stage, low ceiling, several damned annoying roof support columns and a 310 capacity.

It’s the ideal venue for Canadian punk rock alumni SNFU to play tonight, with the show 90% full and providing just enough room to enjoy it without too many heads and bodies bouncing into my personal space and face. Celebrating the 30th anniversary of their debut release …And No One Else Wanted To Play, SNFU last played Melbourne in 1997 (on February 1th, supporting Bad Religion) and would have returned in 2010. However, that tour was cancelled when an anonymous member was denied entry down under due to possessing an unspecified number of ‘prior convictions’ against their name.

Thankfully no such issues prevail for their 2015 tour, with SNFU in the house and ably supported by a five band bill featuring punk altruists Wolfpack – who’ve generously raised and donated over $12,500 to local animal welfare charities via ticket and CD/t-shirt sales – and punk stalwarts No Idea, who celebrate their 20th anniversary this year. Both bands are warmly received, cheered and revered, delivering lively sets before the headliners take stage.

Arriving from their highly successful sell-out Canadian tour, SNFU are well-rehearsed, tight and cohesive. The current line-up features the blistering sounds of guitarists ‘Dirty’ Kurt Robertson and Randy Steffes, and superbly tight bass and drum beats of Dave Bacon and Jamie Oliver. Yes, THAT Jamie Oliver, from the mighty UK Subs among other bands and musical endeavours.

Chi’s a punk rock survivor, having experienced an array of musical and personal highs and lows over the past three and a half decades, with his story and career is well documented in the biography What No One Else Wanted To Say and recent film Open Your Mouth And Say… Mr. Chi Pig. Tonight Chi’s in fine form, celebrating his life, career and back catalogue by delivering everything the crowd wanted, expected and demanded in droves.

The set meanders across the back catalogue, opening with Rusty Rake, Better Than Eddie Vedder, Victims Of The Womanizer, I Forget, Broken Toy and the amusingly titled She’s Not On The Menu. There’s minimal banter, commentary or breaks between songs, but the furious pace finally takes a break as the band deliver several jokes and jibes about the current line-up. Tonight it features someone deaf, someone blind and someone walking with the aid of a prosthetic leg, leaving Chi to quip ‘oh, and I’m a Canadian Chinese poofer!’ 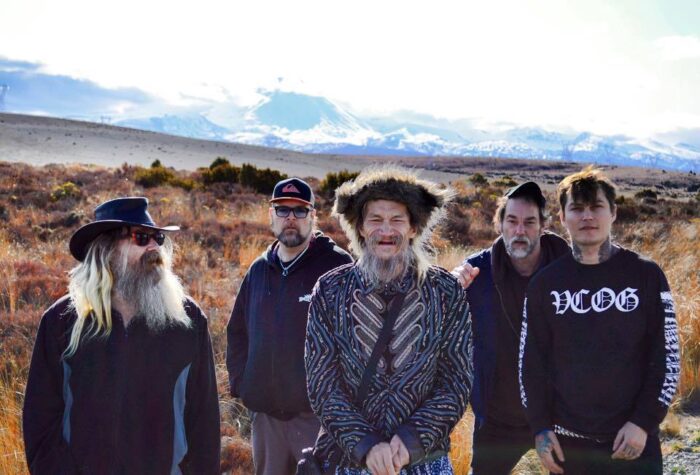 Before Chi stands an energetic and passionate bunch of diehards who dance, pogo, stumble, bounce, scream and sing as one, with the ladies easily outdoing the blokes in every aspect of performance. Chi keenly watches over them to ensure no one gets hurt as the band belt out Loser At Life / Loser At Death, Big Thumbs, Fate, Where’s My Legs? and the strangely titled Head Smashed In Buffalo Jump. Once again the songs seamlessly blend from one to another as Drunk On A Bike, Don’t Have The Cow and finally Stepstranger are played before the band conduct a group bow and ‘exit stage left’ to rapturous applause.

After a brief respite they return for a five song encore featuring The Ceiling, Painful Reminder, fan fave Cannibal Café, Misfortune and This Is The End. After a storming 70 minute set the band freely mingle with fans for a short period, prompting Chi, now standing next to me, to humorously quip ‘they’re more interested in smoking pot than meeting fans’. Thankfully his comments prove unfounded, for every fan I saw was rewarded with an autograph and / or band photo, and the band only search out ‘other activities’ once the fans are completely satisfied.

An hour later I’m sharing drinks and stories with Jamie who appeared in exceptionally fine form after a manic spell that saw him placate time zones, airports and bands. Across eight days he’s travelled from the top left side of the world to the bottom right, beginning in Canada with SNFU before flying to Oslo for a show with the UK Subs. Returning to London he played a show with The Izuna Drop, followed by a double bill with the UK Subs and Louise Distras at Rebellion in Blackpool. He then played another show with Louise Distras, and a final one with The Izuna Drop, before jetting straight to Sydney for SNFU’s first show. Jamie’s playing and travel escapades are fast becoming the ‘stuff of legends’ on the punk rock circuit, and he remains one of the hardest working drummers around town. Or should that be around cities, countries and time zones. 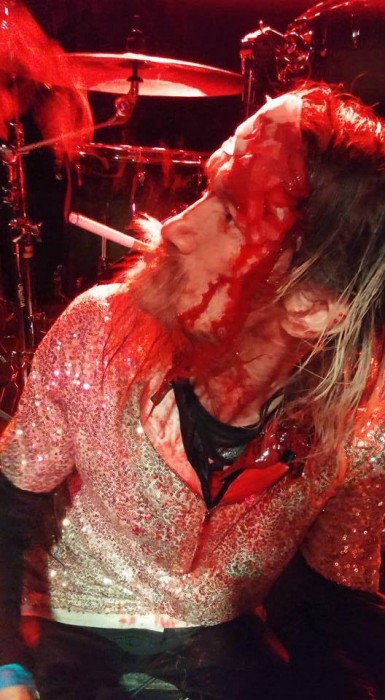 Suddenly I’m tapped on the shoulder, and turn to find Mr Chi Pig pulling his best Gurning facial expression in my direction. Chi proclaims himself a Canadian champion, and is ready to take on the best Gurning faces Melbourne can muster. He has Jamie and I in stitches, but sadly there’s no competition tonight as none of us locals are game enough to attempt a Gurning face of our own. Chi delivers an unexpected and memorable ending to a terrific live show. Sadly I’ve no pictures to showcase his Gurning efforts, but maybe when they next tour I will.

A few days later SNFU play the Valhalla, Wellington New Zealand where some lowlife cretin arsehole scumbag bastard threw a plastic glass at Mr Chi Pig while performing on stage. Shocked, cut and profusely bleeding, he simply dismissed his injury and continued unabated with the band to deliver a blistering live show. Afterwards he was taken to hospital for stitches by the diehards and promoter Tim Edwards, where he traded his blood stained silver dress for a hospital gown. Then Chi received a new silver dress, kindly purchased and donated by a couple of Canadian fans. Well done one and all. Comeback soon SNFU, we miss you already…