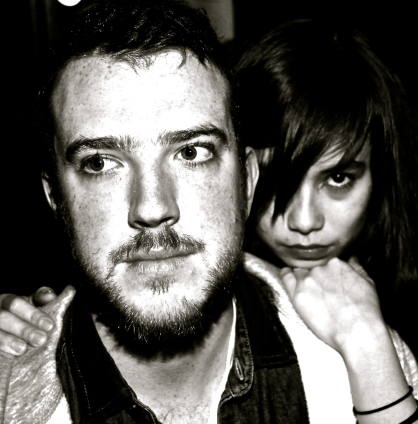 Louder Than War’s Ioan Humphreys interviews The Sneaky Nixons and reviews their new single “Sex” which will be released by Across the Ocean Waves Productions on the 20th November 2015.

There is a rumbling… a disturbance in the force?…there is something afoot …something wicked this way comes… panic on the streets of London?……Nah its Liverpool to be exact.  A forthcoming eponymous release from ‘Across the Ocean Waves Productions’ featuring some exciting bands currently active on Liverpool’s vibrant music scene has emerged recently and features, among others, The Sneaky Nixons.

According to their label, “They have declared war on electronic dance music, guns, promoters, and non-believers of their Rock-n-Roll terrorism.” When LTW interviewed them, they were a little less eloquent “nah not at all really. We’re full of shit. 90% of what is said about us is bollocks. (We/I) learnt to stop caring a long time ago. If you’re self-conscious don’t join a band. If you put yourself in a position to be shot at, you will get shot.”

The press release describes them as ‘Flashy, arrogant and with a startling superiority complex’. I get that immediately, but they seem to like the fact we like their name “Awwwww that’s nice. Most people think it’s wank”.

Their press release goes on to say that “the band have no time whatsoever for humdrum normality, preferring the out of control, dangerous and volatile, in order to live their lives in a brutal, riotous and rock-n-roll fashion”. Ohhhhkey lets take some time out…

The Sneaky Nixons’ single ‘Sex’ is taken from the forthcoming compilation album. LTW asked them about their “sloppy take on things”.

“Yes. The reason I like working with Don Carlo and Ocean Waves is that he allows me to have the final say and decision on the tunes when we mix. Feedback and Fuzz are essentials. We have a few arguments on how loud the guitars should be and how rough the vocals sound. But I like it because I’m allowed to be in charge of the overall shape of the sound. Other producers don’t allow that. They think they’re the superstars. And want to put their distinctive slant on my work. They can fuck off. I decide what the tune is going to sound like. Not some smarmy arsed gimp who’s shit at guitar but has a music tech certificate.”

Their enigma extends to the band members – LTW can’t work out how many there are in the band. “that’s deliberate. No one really knows for sure. No one really gives a shit. Whoever turns up on the night. Ain’t had a practice in two months.”

The world (ok the UK for now) is The Sneaky Nixons’ oyster. We asked them their plans for the future. “fucking nothing. As soon as I get the money I’m fucking off. Running away to Berlin, Hamburg then Rotterdam with my guitar till I run out of money. I know a few fellas and a fit Irish barmaid in Berlin, my sister said she might come and meet me for Hamburg and I’ll get a few boys to come meet me for the weekend. Hopefully it’ll be a mad one. Got an EP coming out as well. I don’t know when it’s coming out though. Before Christmas I think.” 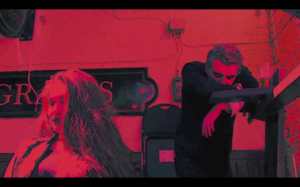 To be honest, this has been the most arsey, difficult and annoying interview I have ever done. And do you know what I think? I think we need more bands like these whose attitudes suck, but their music rocks. And we all know deep down they love their mums and help old ladies across the street when they aren’t being naughty.

’Sex’ is released on the 20th of November 2015 on ’Across the waves productions’ compilation.

The Sneaky Nixons can be found via their Facebook page.