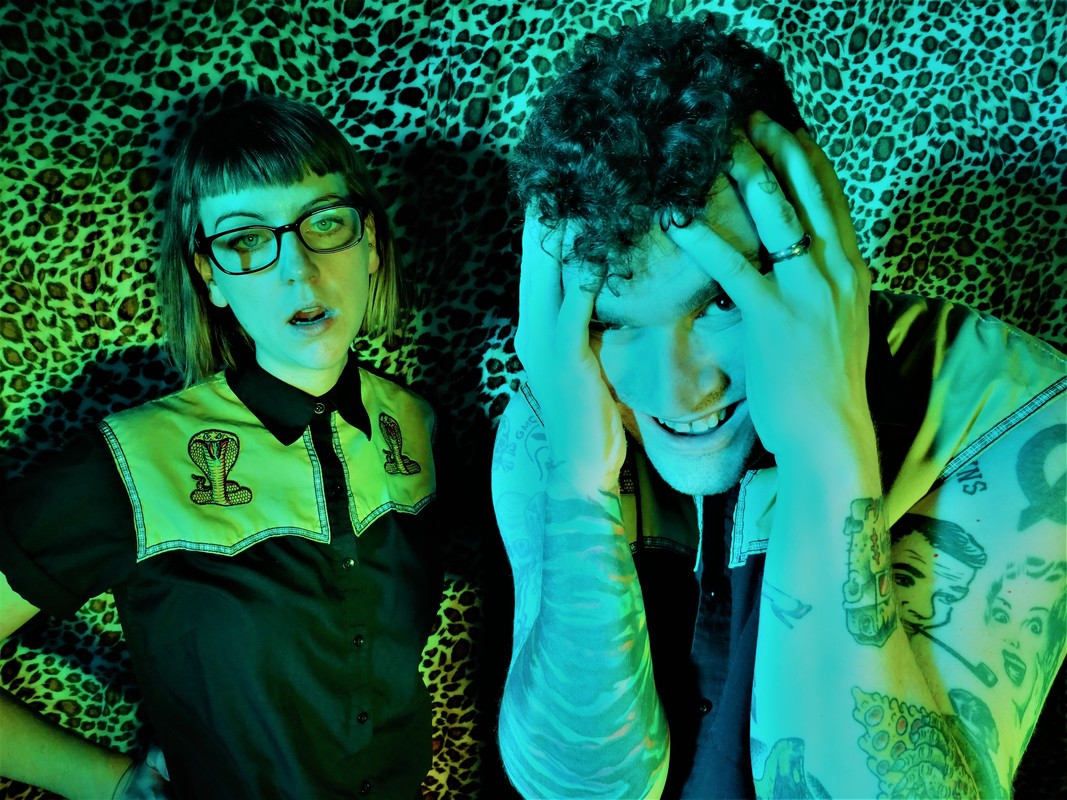 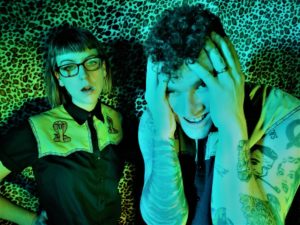 Snakerattlers, the Phobias, the Gary 7 – the Old Barn, Portsmouth

Another great night of rock’n’roll in Pompey. Snakerattlers on a return visit promoting their ‘album of the year’ contender All Heads Will Roll.  Plus full supporting cast.

You can lead a horse to water… but sometimes you can’t even persuade your best mate that one of your new favourite bands are the bees knees or indeed the dogs bollocks.

‘They’re good, but they are not as good as you make out’, he said.  Then putting it another way, half wisdom, half taking the piss, ‘But your tastes have always verged more to the ‘Ted’, whereas mine have been more Mod’.

Snakerattlers are more a ‘greaser’ band, it’s true, but have a Garage Trash feel, a Psychobilly look, and a Smell of Female about them.  I really do think they are one of the best new rock’n’roll bands in the UK and a full house at the Barn pays testament to their growing popularity.

Opening proceedings were The Gary 7 – instrumental surf-punks with a look stolen from Adam Wests Batman series – henchmen with matching black jumpers with Gary written on and bowler hats and shades. There are four of them, not 7.   With former members of the Good Time Charlies and other local garage outfits this is a band with some pedigree. With surf-punk instrumentalists you know what to expect,  twangy guitar, crunchy rhythm guitar, springy bass and whip-cracking drums and done right its irresistible stuff – to my ears anyway. They are almost up there with Canadian band Huevos Rancheros, my favourite of the ilk.

The Phobias are a good-time rocking garage band with their keyboard sound giving them a distinct feel of the Seeds or Question Mark & the Mysterians.  This goes down well with the Pompey crowd as it’s a rough and ready, garage version of what the (much-loved in-these-parts) Damned do when they are in retro-mode.  ‘Murder in the Graveyard’ stood out as a catchy number and the Phobias are ‘sick’ in yoofspeak and fab’n’groovy in my language.

Snakerattlers were reviewed last month by Phil Newall -and I can’t better that piece  – but are so wonderful they deserve as much coverage as we can give them. They are an important band to my mind.  They could well be the Last Great Rock’n’Roll band that believe in the power of simple, basic, dumb rock’n’roll songs about love and monsters, dancing and death.   Twangy, loud and fun but with an uncompromising independence from current music biz fashion and hipster pose.   They are out of step with their own generation and have been taken to the bosom of a music scene made up of elders guarding the flame of R’n’R.  That said, it was good to see some young ‘uns in the audience.

Snakerattlers are eminently watchable live, sound raw and wild still and the songs from the new album piss all over the older numbers as they are just structured so beautifully.  They went down a storm – despite a lack of dancefloor action from the bulk of the audience, (those creakin’ bones need some exercise!) The set seemed to start and end with the same opening and closing songs as the album Aislers Theme and Wild!  Not even a collapsing drum kit could stop them winning over (almost) everyone.

As usual, with promoter Chris Abbotts nights at the Barn, it was a thoroughly enjoyable night:  great atmosphere and superb music.

The only thing wrong was a great big Brian Barnett shaped gap where the big man would have been. He was there in spirit though I’m sure, and will be every single time the Pompey rockers gather in future.

The next Live at the Old Barn gig is on Saturday 13th April 2019 with Jim Jones & the Righteous Mind and the Glorias.  A few tickets left!

The next meeting of the Kaiser Klub at the Edge of the Wedge is Thursday 27th June 2019 -with the Embrooks and The Lancashire Bombers. Tickets on sale soon.