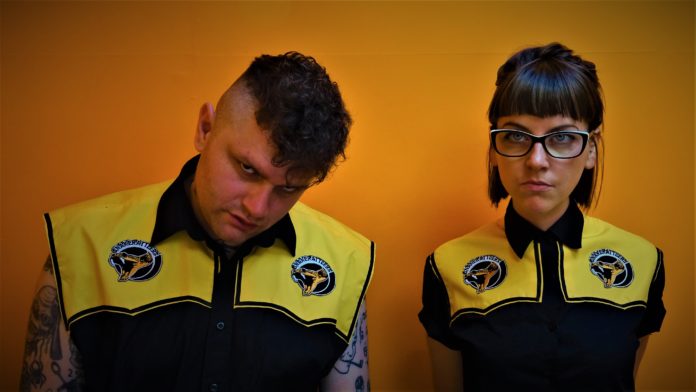 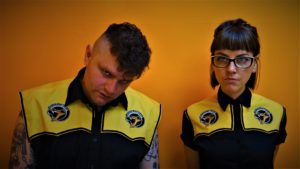 2019 has been a massive year for Louder Than War favourites Snakerattlers.

They released their second album “All Heads Will Roll” in February, their first for Dirty Water Records; the album was reviewed by LTW’s Ged Babey (LTW Review), the album has brought them attention from the BBC via the BBC Introducing network.

They have established themselves firmly in the UK underground music scene, racking up an impressive 100 shows throughout the year, including a memorable performance at the Rebellion Festival in August 2019.

This video for their track “Do The Rattlerock” is a testament to their constant touring and insatiable work ethic. The track itself is about feeling like an outsider and struggling to fit in, before ultimately realising that going your own way is paramount. This is basically the ethos and entire foundation of Snakerattlers.

Filmed across 6 different London shows, throughout 2019, the dangerous duo from North Yorkshire have been captured at their intimidating and ferocious best, by John Clay and Elliottlouie Afonso.

Latest video from Snakerattlers album: available on Dirty Water Records “All Heads Will Roll”. Available on vinyl, CD, and downloaded from Bandcamp