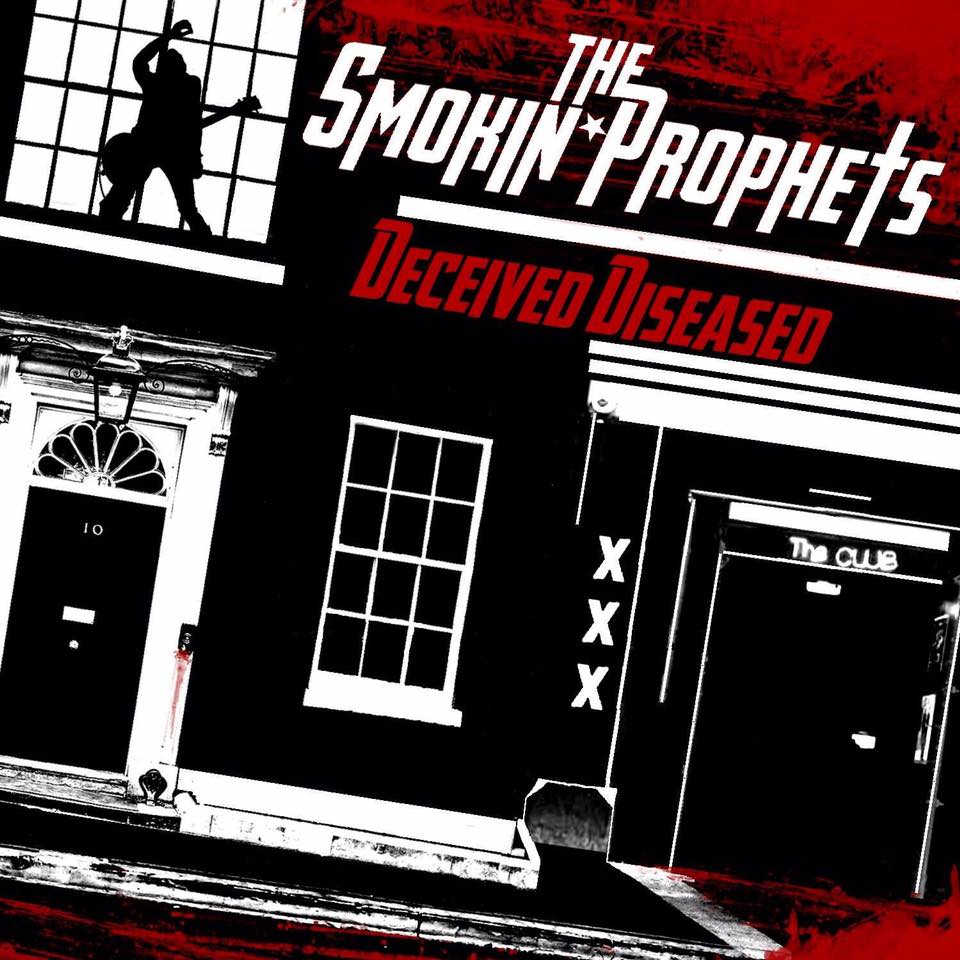 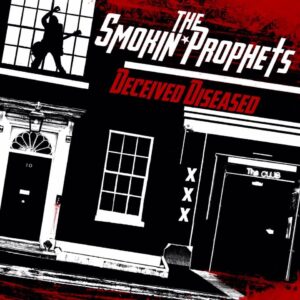 You can think and say what you want about me.”

So sings the lead Smokin’ Prophet. Which is nice to know, because this album, although good, is not the magnificent rock’n’roll beast that I wanted it to be.

You should always trust the opinions of friends when they say, ‘this band are fu-u-u-ckin’ amazing!’  I say.  Because they are sometimes right. (And I do it all the time on Louder Than War don’t I, “Best band on the fuckin’ planet blah blah blah…”).

When Smokin’ Prophets played at the Gosport Punk Festival (an indoor 2-dayer with loads of bands old and new) they were on about three in the afternoon on the first day. I missed them but everyone who saw them raved about ’em and the promoters immediately booked them to HEADLINE the following year.  Yep, play top of the bill, higher up than any established band with a 40 year history, like 999, the Subs or Vibrators!.  That is some vote of confidence. So of course I jumped at the chance of hearing and writing about their debut album…..

I was expecting a Heartbreakers attitude and maybe a hint of early Manics and a Motorhead juggernaut of sound … my expectations were a bit too high I guess and I didn’t realise that my Gosport/Pompey mates seem to have a not-so-secret love of Hair Metal. You know the stuff.  To me personally, the Dolls, Thunders and Hanoi Rocks – Good. Motley Crue and Kiss – Bad.   Appetite For Destruction, – Good.  rest of their stuff – Bad.  Motorhead – Brilliant….. Well, you get the picture…

The Smokin’ Prophets are an English Rock n Roll band formed in Southampton, in 2013. A rock n roll band who have discovered their edge, all the hair raising image of the 80’s with a solid punk foundation. In your face with a sense of danger something many bands have lacking.

They look particularly great in black and white photos, have a cool logo but …the Smokin Prophets deliver competent Hair Metal at worst and hungry and malicious, sleazy rock’n’roll mutherfuckery at their best.

(If I’ve lost your interest with my biased taste then an alternative viewpoint from a man who knows his Metal can be found here. )

Liability  ( or rather lia-lia-liar -liarbility) is great,  but titles like Mister Rock and Roll and Pretty, Sexy Thing are just  too clichéd, done-to-death and beyond-parody.

The Prophets singer has a great sleazy rock’n’roll snarl. Its a bit like Placebo’s Brian singing with an American accent at times and the way he punctuates the songs with fuck-yeah’s and eat-shit’s shows he’s a great method-actor fully immersed in his role.

The studio has probably tamed the boyz sound which loud and live would I guess be faster and harder. Musically they are tight and the production is clean, but overall its a bit too safe and predictable.

A value for money 15 songs could’ve been condensed into the nine good ones and the pace only varies with the token ballad.  Personally I would’ve given a 4-song EP (Liability, Sordid’n’Immoral, Trade The World and Pumped Up) a far better review than the full-length album. But they didn’t make it for me, they made it for themselves and for lovers of Old-School glam-Metal-Sleaze who would be better off seeing the Smokin’ Prophets live in yer local shithole than spending a fortune to see a past-their-prime three-fifths of Guns’n Roses.

Maybe there’s a whole new generation of fist-clenching, head-banging, denin-wearin’, JD-drinkin’, mother-fuckin’ Metal heads out there just waiting for the new Leper Messiahs?  If there is, then chances are, the Smokin’ Prophets are for them.

The band acn be found on Facebook  and also have an official websiste: www.thesmokinprophets.bigcartel.com.

All words Ged Babey whose author profile is here