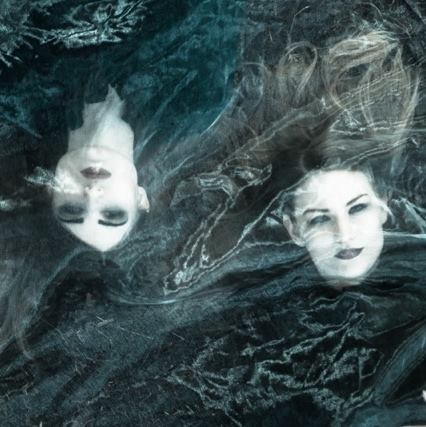 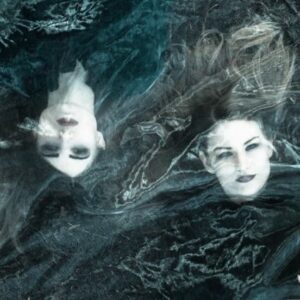 Katherine Blamire and Jessica Davies were asked in 2014 to make an Xmas album, and so they did. Not any old Xmas album though, no trite cover versions and boring duets, Smoke Fairies have not only encompassed the joy and happiness of the season but have also brought in the cold and misery and alienation.

Originally released on Rough Trade last year, the ten tracks contained are all of a particularly high standard. Eight original tunes and a couple of covers (one by Captain Beefheart and one by The Handsome Family), beautifully travel through the real life of the season. And, the word ‘beautiful’ isn’t misused, albeit in an unconventional sense. Vocals are clear and pure, sometimes Dido like, and the instrumentation is often raw and surely performed live.

Album opener, Christmas Without A Fire kicks off things with a passion and shows where the album is going to head. The mentions of the festive times are subtle, there isn’t a sleigh bell or a chime to be heard anywhere, in fact nothing could be less Xmassy than their Beefheart cover of Steal Softly Thru Snow from his classic Trout Mask Replica album. It’s trademark Beefheart, bonkers, loud and just brilliant.

The pounding bassline of 3 Kings too dispels any predictability and the high-powered song brings about more Xmas cheer than a bottle of Uncle Bob’s homemade wine.

To describe the Smoke Fairies sound isn’t easy. Take sprinklings of folk and blend them with bursts of American blues and you’ll get the idea. They’ve supported Richard Hawley, Bryan Ferry and Laura Marling, and have worked with the likes of Jack White and Head making a pretty impressive CV.

One of the many album highlights comes in the shape of Bad Good, a pulsating bass with free guitars and double vocalisation it combines both melodic verses with catchy instrumentation and a small hint of 70s/80s New Wave. Marvellous stuff and something you’d love to hear in any Xmas radio playlist.

With the title track comes a quite lovely piece of rising sound and exquisite harmonisation before a surprise instrumental in the form of Snow Globe Blizzard which does its best to steal the show.