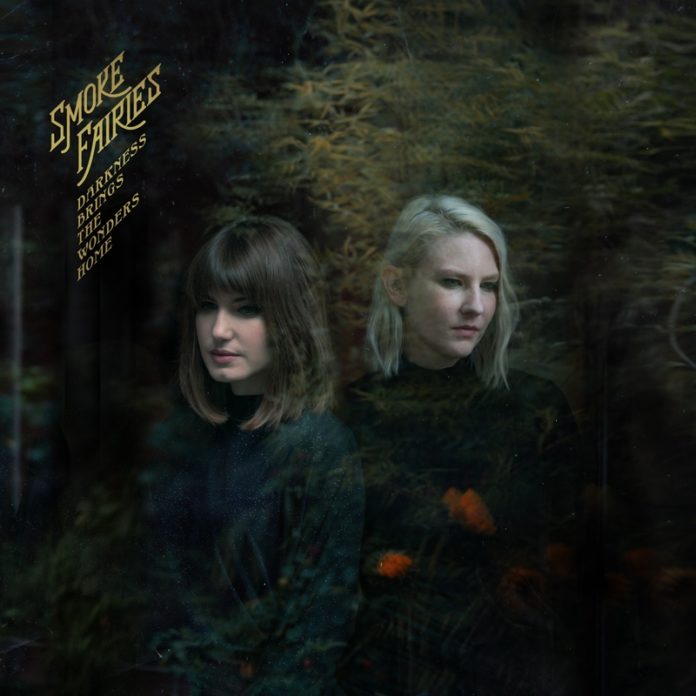 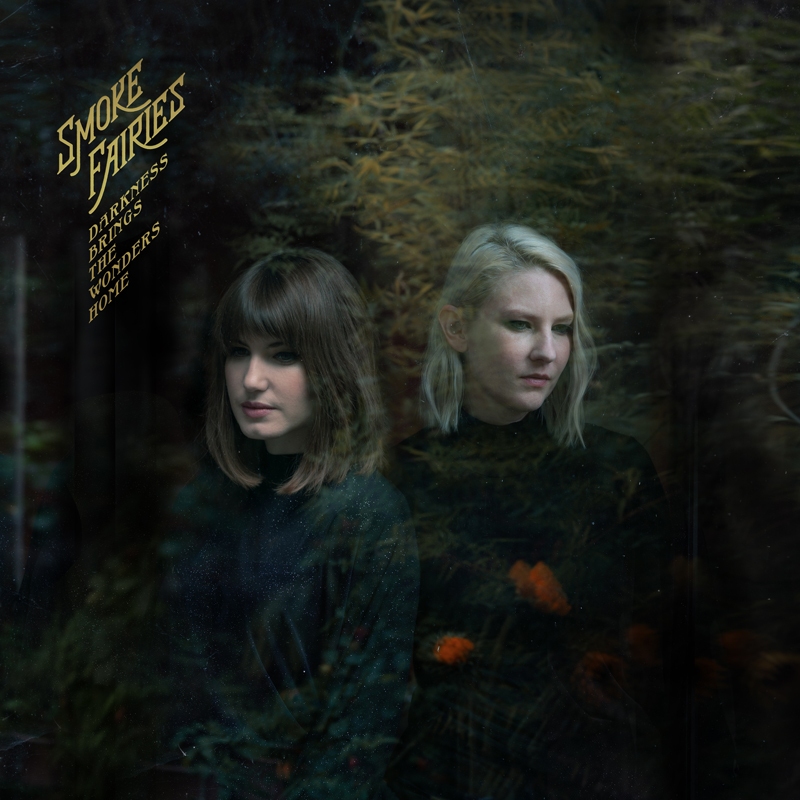 Smoke Fairies first album in four years often plays like a dark, twisted fairytale. It’s tenebrous beauty shares a degree of commonality with the sensual magical realism of Kate Bush. ‘Darkness Brings the Wonders Home’ is an album of light and shade as Jessica Davies and Katherine Blamire return with a hypnotic collection of songs that seamlessly melds their glittering goth/folk harmonies with some driving and surprisingly heavy guitar riffs.

‘We spent a long time trying to fathom the direction we wanted to take on this album. At times the options seemed overwhelming, but as new songs started to form we realized we needed to take them back to our core sound – our interplaying guitar “ says Davies. “So then we had to really step up and do it ourselves, without relying on a band to fill anything in, which was quite a challenge—physically, mentally, everything.” And it works beautifully, adding a sense of urgency and grit to the duo’s distinctive sound.

It’s an album that shrouds itself in the mystical but also ruminates on the challenges faced in contemporary life.  The wonderful driving guitar rush of ‘Disconnect’ and ‘Don’t You Want To Spiral Out Of Control ‘ in particular seem to dwell on how we interact, how we connect to our virtual world and disconnect from reality, eschewing intimacy due to our reliance on digital devices.

With descriptions of tangled roots, rotting leaves and skeletal creatures lurking in the trees, ‘Out Of The Woods’ conjures up an abundance of gothic imagery, indeed the promo video is a modern-day reimaging of Little Red Riding Hood, and you almost expect to hear a cry of “It’s in the trees it’s coming” from the Jacques Tourneur 1950s classic ‘Night Of The Demon’ and sampled to great effect on Kate Bush’s The Hounds Of Love. The dark undulating menace of “Chew Your Bones” is inspired by a Sarah Perry novel ‘The Essex Serpent’ and from a local urban myth  about  The Croydon Cat Killer, as Davies explains “For years people thought someone was going around killing cats—they put a proper police force on it and everything, and then realized it was just foxes,”

“Times of darkness are when people are often the most imaginative,” says Jessica when reflecting on the album’s title. And the duo has certainly delved deep into the heart of darkness to find fresh impetus and emerged on the other side with quite possibly their best collection of songs to date.