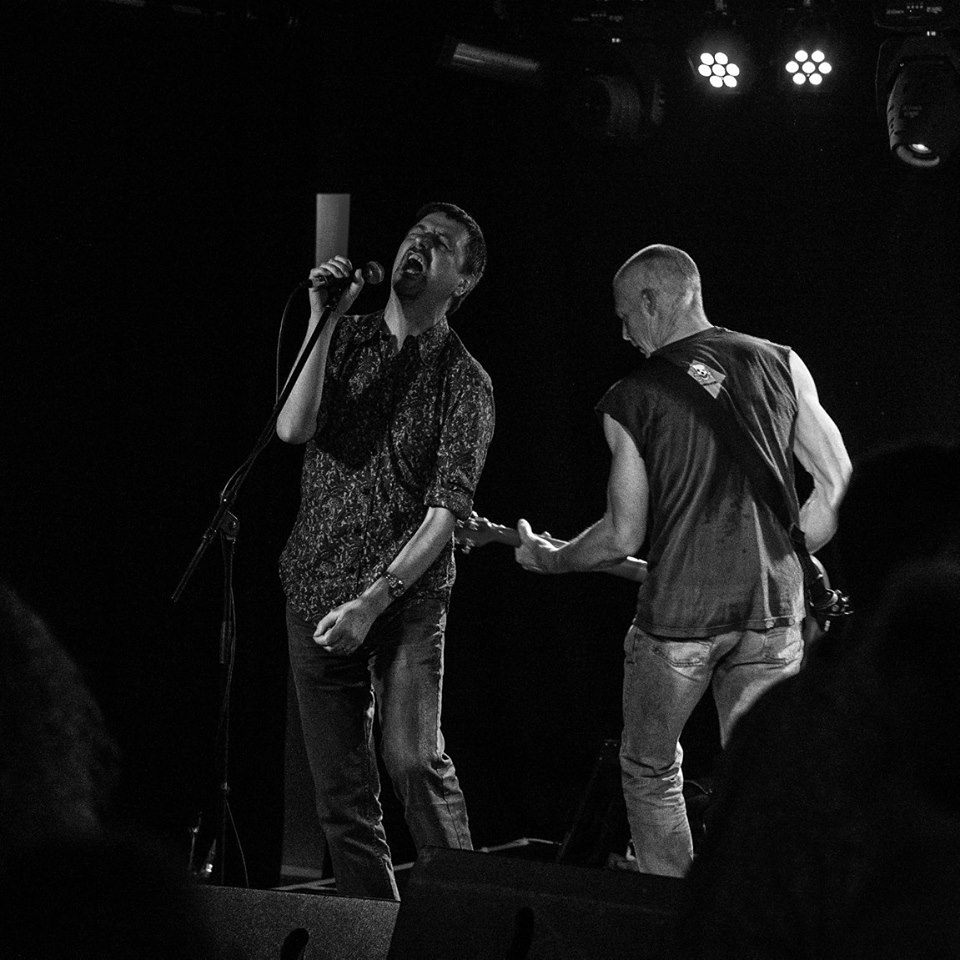 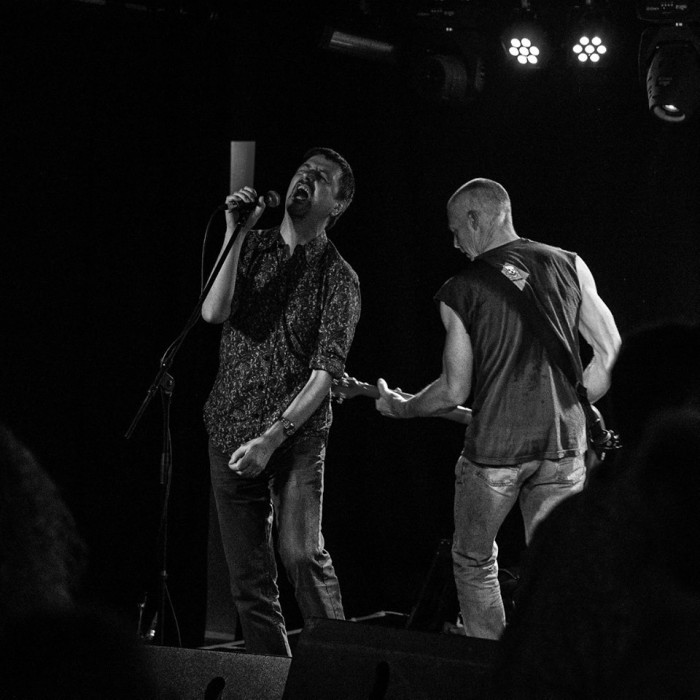 Southamptons close-knit early 90’s scene saw a variety of bands making music which should’ve reached a wider audience but they ended up having too much fun playing and drinking at various Bevois Valley pubs like the Albion to get business-minded. Ged Babey goes back to the old school for the reunion.

In the past, Southampton was never really a cool place if we’re honest. Home to Benny Hill, Ken Russell and Mick Channon and the place where Coronation Street characters moved to when they were written out of the story… nowadays its a whole different story.

Musicwise, aside from the success of The Men They Couldn’t Hang, Craig David, Delays and Band of Skulls over the decades there has always been loads of talented musicians and great bands playing the pubs and a thriving ‘local’ scene and in the early Nineties it reached a point where a 20 band compilation cassette, the Peacenik Tape,  came out with a host of delights covering a dozen genres. (my old review of it is below, proving if nothing else my writing never gets any better!)

Central to it all was Pete Harvey who was always scheming and dreaming and organizing something.  “Back in the day, down in the Valley, an impromptu gathering of local musicians, drinkers and pet rabbits came together (June 6th 1991) to create the wonderful Albion Fests. It was a little scene with a big, inclusive heart.”

Unlike the festivals of today, it was a basically a big, untidy pub back garden with  extensi 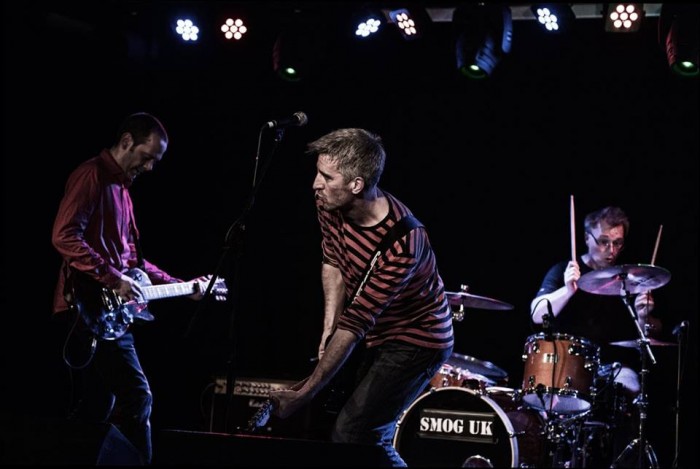 on leads trailing out of the back window and amps sat on beer-crates.  As far as I can remember I only went to one of the twelve Albion Fests and being the local music writer, literally ended up in the stocks being pelted with wet sponges by ‘Dangerous Dave and Joe Cunio…. from local bands  Nova Coma and Beautiful Life.

Twenty-five years on and the Bevois Valley Peaceniks are scattered to the winds, some married with kids, the carefree Nineties a thing of the past.  So when ‘Bad Tony’ Keall and Pete Harvey put out a call for a Reunion – there was a lot of interest.

The new-location Talking Heads was the perfect setting. A state of the art PA and beautiful sound.  The lack of pillars obscuring the view mean that some reckon its better than the old venue.

Opening the night was the erudite Dan O’ Farrell, arguably Southamptons most accomplished songwriter -solo an 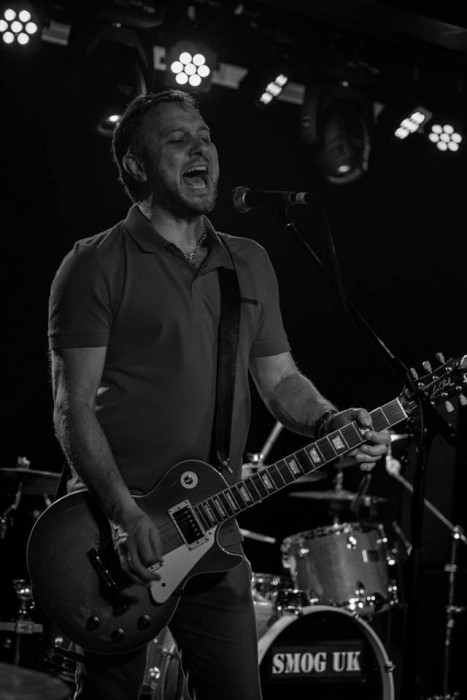 d with Accrington Stanley. His self-deprecating wit and clever, sad, funny songs are things of beauty. Rosaline Wiins and Couples  stood out tonight. He mentioned that when his band had moved to London , playing Camdens famous Bull and Gate and the like was never as much fun as when they’d come back to Southampton and play the Albion.

Pete Harveys band Neko Roshi had played the big stage at the Engine Rooms recently supporting hero of theirs Bob Mould.  They sounded OK that night but somehow tens times better on the smaller stage at the Heads.  Always a classy ‘New Wave’  Indie-Pop songwriter Pete & Co over the years have toughened up the bands sound, countrified it, Clashified it, and now seem to run the gamut doing songs for their old Up Balloon Up’ days as well as a great version of Take The Skinheads Bowling.

The Flying Alexanders are a local institution ( or yeah, should be in one). Beer’n’Fags, Hooligan Soul, Punk Rock’n’Roll is how I’ve always described them but to my dismay a year or so back they seemed to have turned to the Blues… A new EP is on its way they assure me and its back to business as usual – the Faces play punk rock singalongs basically.   Bassist Colin, drummer Pete and guitar hero Perry hit the stage at the allotted time but singer ‘Big’ Jon was nowhere to be seen.

Deciding to start without him rather than have to cut the next bands set short, Perry sang the first few numbers. The Jones to Absent Jons Strummer he did really well before being joined by Pete Harvey for an old song he had written with them 20 years back (every one was in and out of line-ups as in any local scene) followed by another singer (who had played with drummer Pete in UX Diver) on a totally unrehearsed 20th Century Boy ….just as Jon arrived and turned it into a hammered duet before completing the set proper.   Chaotic, funny and typical of the old days … 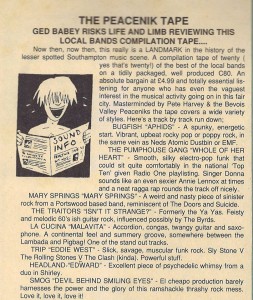 Smog (UK) who topped the bill haven’t played for years and were Southampton foremost punk-ska heroes around 1989-95. Few proper releases to their name (you can download a free live set here).  Guitarist and singer Stu is an incredibly gifted musician who can play violin and consequently was in-demand in in loads of bands once the Levellers rose to prominence.  Smog had to add the (UK) once the American Smog started touring the UK.   Ska-punk gets a lot of bad press but the thing is with Smog UK is that they are more Punk-Ska and built on pretty much a Ruts template. Many people agree that they could’ve been massively succesfull had they any ‘business acumen’ or willingness to adapt to to a record companies requirements. I remember Stuart telling me decades back ‘its too much stress, it’d stop being fun and all I wanna do is have a larf”. They had brilliant songs of their own like Faceache and Smog Gets In Your Eyes but are remembered more for their glorious covers of Damned  and Ruts songs and one other.  I’ve never seen anyone cover George Michaels ‘Careless Whisper’ like Smog UK do it. The sax melody is played on guitar and the chorus switches to mega-fast punk-pace. The verse reverts to slow but the vocal is more Tommy Cooper than George Michael with a few lyrical changes…”I 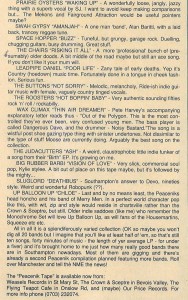 ‘m never gonna fuck again, the way i fucked with you-hoooo-oo”  Ramalama ..Da-de-da De-da-de-da,…etc. You have to see it to believe it. And no, a recorded version doesn’t exist!

All in all, a great night. ( yeah I’m biased and a local and I know most of the bands but believe me , if they were shit, I’d tell you they were shit – just to give them a kick up the arse, but they were all better than I’d expected…).  There are a whole new generation of Southampton bands and if I had the time, energy and money to see them all then I would. But occasionally it is great to re-viist the past and realize that … quite possibly, they were the best days of our lives.

PS Two days later, the Alexanders and Neko Roshi played brilliant sets at the Alex to celebrate Perry (Alexanders guitarists’ ) 50th birthday proving if nothing else that being ‘old’ doesn’t hamper being able to rock’n’fuckin’ roll. And, Jon was there on time.

All words by Ged Babey whose author profile is here. All pictures Adam Barnes 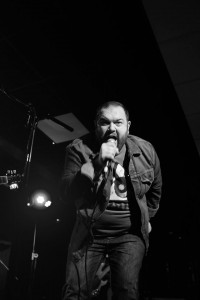 except the one below which is Jon from the Alexanders, late as usual -by Damian Cook.

The next great gig coming up at the Talking Heads (Polygon Rd, Southampton) is on Sat 2nd April – co-promoted by Louder Than War (well, Ged Babey) – featuring Clowwns, Bullybones and Le Lizard Royale.  Three of the best unsigned bands in the UK, he says. Only £5 in advance.