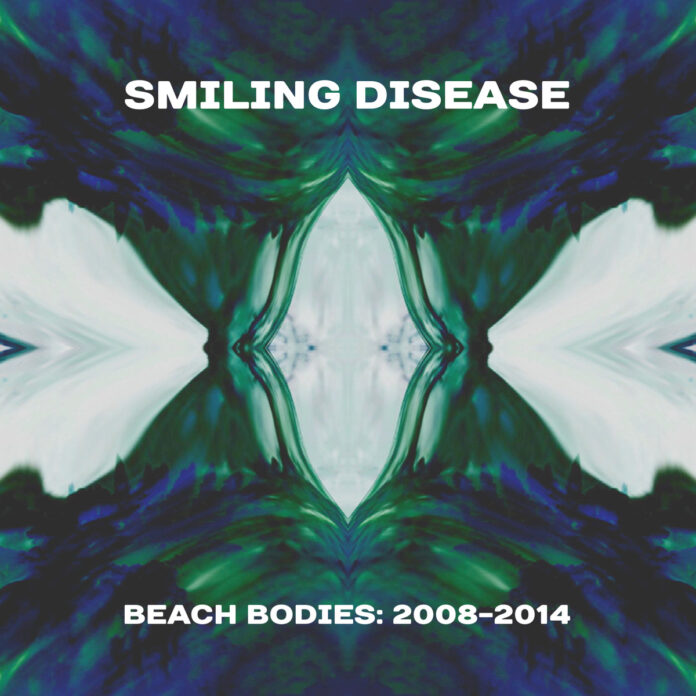 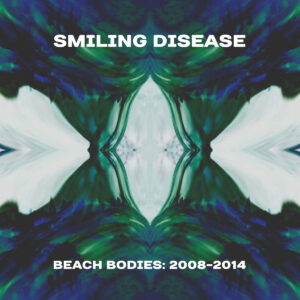 As far as memorials go, a cassette ain’t bad. Perhaps not as …. permanent as a nice solid gravestone, but it’s a step up from a buzz of digitally encoded ones and zeros murmuring in a hard drive, right? Pretty rock and roll, I think, and if there’s one thing we believe in at Louder Than War, it’s rock and roll.

These reflections on modernity were sparked by an encounter, earlier this month, with the latest release from Brighton-based DIY label Memorials of Distinction. Beach Bodies 2008-2014 is a vast and sprawling collection of lo-fi psych pop from Oliver Moss, also known as Smiling Disease, acting as both a debut album and an archival release, collecting six years of Moss’s bedroom recordings in one beautifully hazy package.

Produced in a limited run of just a hundred hand-made cassettes (although it also available digitally) I would bet my shoebox full of noise tapes that a large number of this website’s readers will dig the swirling vibes that Moss is creating here. He is, in one sense, channelling that peculiarly British take on the 1980’s psych revival, the fugged out sound of Velocity Girl-era Primal Scream, The Pastels, or even pre-Loveless My Bloody Valentine.

But the layers of echo and drum machine that Moss slathers over his compositions, crossed with what one might conclude was a more jaundiced sensibility, as seen on tracks like Sarcastic Compliment or Lame, take a blowtorch to the tweeness that too often afflicted records of that ilk. The result is something perfectly in keeping with our times – retro and modern, opaque and eerie, washed out yet equipped with its own peculiar groove.

Vocally, Moss shares that affectless, almost consonant-less, moan with singers like Bobby Gillespie and Kurt Vile, yet on most of those tracks he manages to sound more wraith-like than either. On Mild Detergent, his voice swims in a cloud of clattering drum machine, wayward piano and fuzzy lead guitar, as disembodied as if (I imagine) he had just swallowed a demi-john of the titular liquid. I Don’t Know You has a wonderfully numbed, almost narcotic feeling, layers of echoing vocals seeping across the fumbling bass and acoustic guitar that hold the chassis of  the song together as a tinny lead guitar line plays itself out, like a lizard crawling across the floorboards.

The tracks collected here are so poised, so assured – despite the avowedly lo-fi quality of them – that it’s hard to believe they have all been composed and assembled by Moss in his bedroom. Even the frankly terrible recording quality of Lukewarm Feelings, for example, isn’t enough to hide the fact that it is a psych-pop gem that more established outfits would struggle to put together.  The sun-dappled melancholy of Lounger, meanwhile, could have been lifted straight from a compilation of early (ie before they got crap) Jesus & Mary Chain rarities.

Oh, and if that isn’t enough, Moss also has a great line in warped ambient interludes, as demonstrated by the tracks that bookend this collection. The final track, It Was Empty, is particularly affecting, its decaying swirl just one more attempt to blow your mind before bowing out.

Judging by the contents of this tape, Oliver Moss is a bona-fide bedroom genius with an instinctive grasp of how to create wonderfully sounding, emotionally resonant pop.  You get the feeling Moss has an almost compulsive need to create music, regardless of any fame or fortune they may attract for him – a feeling accentuated when you discover the four albums of additional music that are provided free, as digital files, when you purchase the album proper.

While it would be stretching the truth somewhat to say that all of this material – a collection of juvenilia, half-formed sketches and complete songs – is as compelling as that contained in Beach Bodies 2008-2014, there is some blinding stuff here.  Almost all of the tracks collected as Bloated Ego, for example, are marvellous. Learning  Experience’s sunshine melancholy seems to hark  back to 1950s teen anguish ballads, referencing the Everly Brothers and Roy Orbison as much as modern pretenders like Mac Demarco, while Function Room’s New Order-style synths are given a grittier edge by the bloody huge crashing beat that drives it along.

This review can only scrape the surface of the delights contained in this woozy, eccentric package. My recommendation for anyone interested in lo-fi music, the darker end of psychedelia, British indie music of the 1980s or Kurt Vile-style mumblecore folk, the immersive fuzz of shoegaze or Ricky Nelson deep echo sadness is to head on over to the Memorials of Distinction website and get it, toot sweet. You won’t be disappointed.