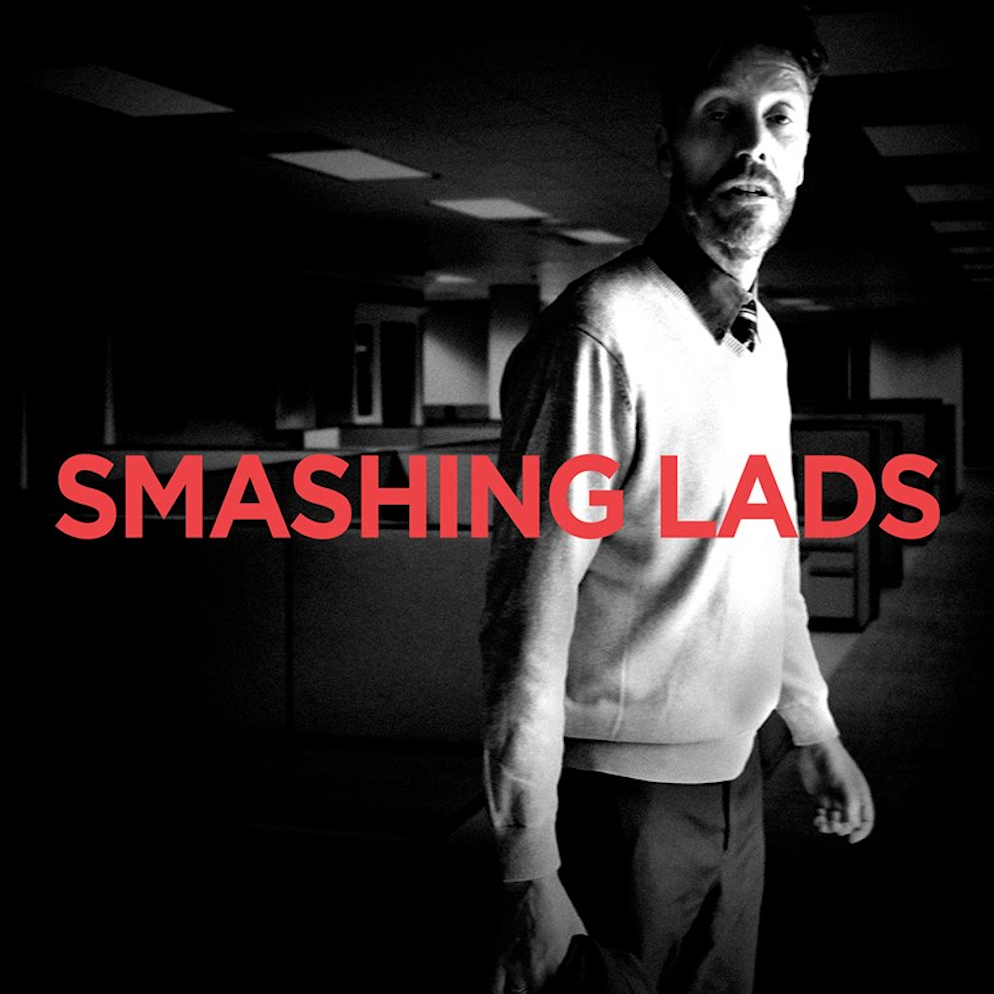 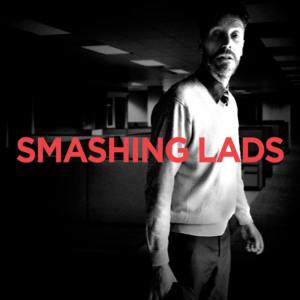 New band, Smashing Lads release their eponymous debut album. Full of songs about the frustrations of modern life, this an album for anyone feeling the alienation of our times. Dave Beer reviews it for Louder Than War.

A beautiful cynicism seeps from the grooves of this record. Smashing Lads have produced a dynamic debut LP that offers a sonic window on the alienation of modern life. “I move pixels for a job,” they tellingly observe on album closer, Forty-Five Years. Packaged in sticky hooks, driving tunes and ringing beats, this is an album about drudgery and frustration.

An LP forged in the grind of office politics, it paints a picture of a Lowry-type figure hunched over a photocopier, the sliding trays soundtracking the repetition. The anguish and discomfort of work, capitalism and consumerism are projected onto this collection of songs. These themes recur, but are tackled most directly in songs like Middle Manager, Office Recluse, Bitter and the catchy Stuck. In the band bio, they say that they feel quite old to be producing their debut album; maybe though, this is an album that needed experience – it is a product of the passing of time and the building of routine. Monotony, like that captured in the song Stuck, takes time to build. When I contacted the band to ask about their lyrics, Joe responded to tell me: “The lyrics are a snapshot of a ‘nobody’. A fortysomething. The culmination of twenty or so years in various bland offices, with the people in them, not fitting in, five days a week. Perplexed, burnt out, angry.”

Songs about a nobody, about being burnt out. It’s hard not to listen to something like that without at least a glimmer of recognition.

Smashing Lads’ focus on monotony and blandness doesn’t lead to inertia in the music; they keep it moving, from rock n roll run-alongs to more delicate and raw moments. From the outset, they don’t mess about. The pulsing opening track, Drone of Another Band voices an impatience with the cultural scene. On the surface, this opening track is pretty dismissive, but really it’s a gateway into the sense of being out-of-place that runs across the album tracks. That opening song captures the feeling that there is a shortage of culture and speaks to those experiences of alienation that the album goes on to explore.

Taking a fairly long gestation, the band originally formed five years ago. Smashing Lads are four-piece including Joseph Whelan on guitar and lead vocals, Mark Burke on bass, Peter Wood on keyboards and Keith Unwin on drums. Mark, Peter and Keith also share backing vocals, which lends the record some subtle harmonies. They recorded this debut at Edwin Street Studios Bury and co-produced it with Phil Bulleyment. Of their genesis, Smashing lads say that they were: “Originally a shit covers band with a shit drum machine. Unrehearsed, gigging in pubs around Oldham. Covers would range from Sweet Caroline to the Only Fools and Horses theme tune, and everything in-between. We were terrible. All that changed when we advertised for a drummer and Keith responded.”

Things changed musically, and they started to write about what they knew. They add that it wasn’t until their 30s that they began to find things and experiences that they could write about; the album is born of routine and when those routines started to ‘bite’. They began, they say, to write for the “the perplexed, burnt out and wage-enslaved” and they sought to “hold a mirror up to the mundane and offer an uplifting outlet to all those slowly dying inside.” The quality of the album – a consistent, thoughtful and well-produced gathering of songs – is a product of things clicking and a band steadily finding a voice.

Perhaps unsurprisingly, the album occasionally reaches the brink of being a bit curmudgeonly. Occasionally, like the things they are describing, it gets overwhelming in its depths, especially on multiple listens. There is no question, though, that they have channelled this negativity into some sharp and resonant songwriting. The themes of frustration build up across the album. The tainted but delicate vocals and bright instrumentation offset the more dour lyrical moments. Take for instance two of the standout tracks, which come with the more stripped-back and slower-paced tracks Forever Northern and Forty-Five Years; both are melancholic but carry an arch beauty in their tone and their instantly memorable melodies. The closing track in particular, Forty-Five Years, with echoes of Graham Nash’s Our House, is one of those songs that sticks. It’s hard to leave it behind. Smashing Lads may reflect on some harsh realities, but they have found the melodies and tunes to lighten the shadows. The result is an album that draws you in and speaks. They might still be moving pixels around, but at least these are the peaks and troughs of sound files.