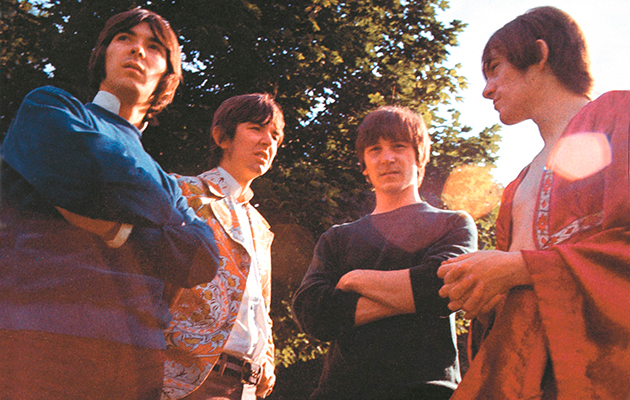 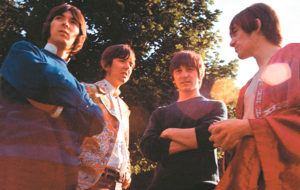 “Are you all sitting comftybold two square on your botty? Then I’ll begin.” Steve Marriott, Ronnie Lane, Kenny Jones, Ian Mclagan. Names that trip off the tongue when you think of Mods turned psych masters The Small Faces. The story is well known regarding their history, mods who lived together in Pimlico who went onto release one of the all-time great albums Ogdens Nut Gone Flake. What hasn’t been well known up until recently are the wareabouts of the master tapes to this album. After a lengthy process October 2018 brings freshly remastered and discovered audio from the master tapes of the aforementioned album. Matt Mead is in HappyDaysToyTown reviewing the album for Louder Than War.

Being heavily enwrapped by the whole Mod rebirth in the mid 1990’s, The Small Faces were an integral part of that rebirth, seeing Paul Weller, Noel Gallagher and Squeeze amongst those that were chomping at the bit to see them rightly but on the same pedestal as The Beatles and The Rolling Stones.

The bands material from 1965-1969 is as formidable and timeless as The Beatles and Stones, with hits such as All Or Nothing, Here Comes The Nice and Tin Soldier the band deserve so much more success and plaudits than they ever have received. So it is after some long overdue love, care and attention that the bands material is seeing a huge rebirth. 2014 saw a huge box set of previously unreleased material from their Immediate Records years with outtakes and previously unheard material.

Expertly crafted by Immediate/Charly records, the new Ogden’s Nut Gone Flake release is of similar spectacular proportions and nothing is spared here. The 3 CD/DVD set has you wetting your lips the moment it drops on your lap. This is not your ordinary 3 CD/DVD set, this is a box set of monstrous proportions. The set comes almost A3 in size, with the 4 discs set into the inside cover of the inside sleeve, with a wonderfully detailed book/booklet detailing everything from recording details, to archive pictures, press cuttings, original artwork and a foreword by Kenny Jones. If this level of detail and craftsmanship is a sign of what is on those discs you know you’re in for a treat. 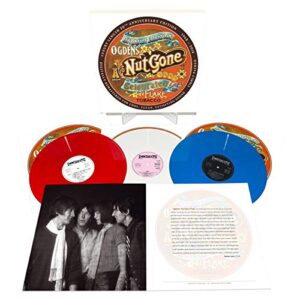 Disc one and the disc two has the full album in mono and stereo, for me it’s the stereo version that is of most interest here, starting with a ditty as you know it should. Tripped out psych waa-waa keyboards opens with the albums self-titled number. The clarity of the audio is like coming up out of water and hearing the clarity of the world from under the cloud of the underworld, as they say like hearing a pin drop, and if there was a pin dropped in the recording sessions you would hear it on this remastered version. No hissing, no background nose, just clear precise music from the instruments as they were played and as the songs should have always been heard. To hear the voices of Marriott and Lane so crystal clear and without taint shows the level of dedication give to this project, plus further goes to show the shoddy nature of the previous releases that have been releases since the day of the albums first release in 1968.

The album is a true work of art, rare in its complete originality, musicians at the very height of their musical powers, it’s incredible to think Marriott, Lane, Jones and McLagan were only in their early 20’s when they were crafting music that would go on for the next 50 years to be loved, adored, worshipped and cared for by music lovers the world over. The A side is awash with absolute classic tracks such as the belting soul number Afterglow, the spaced out Long Agos and Worlds Apart, Song Of A Baker with Lane taking lead vocals to the mind-blowing rock classic, plus the cockney knees up of Rene and Lazy Sunday, lovely.

The B side has the master of gobbledygook Professor Stanley Unwin taking on the narrative for the adventures of Happiness Stan guiding the listener on a whirlwind story of Stan, a fly and Mad John to the quest to find the other half of the moon and the meaning of life. With The Small Faces providing the musical landscape with more musical delights such as the rip roaring Rollin’s Over, the delicate whimsical ballad The Hungry Intruder, plus the show stopping rousing singalong number HappyDaysToyTown, Magical. 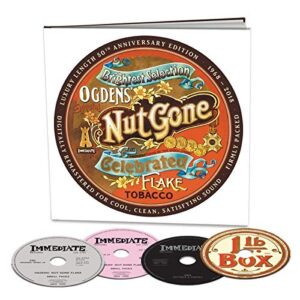 The 3rd disc is a delve into the rarely heard and unheard. Early session versions of Afterglow, Bun In The Oven plus a cover of Every Little Bit Hurts, alternate mixes of Long Agos and Worlds Apart, Song Of A Baker and Lazy Sunday, plus sessions takes of Mad John, Kamikhazi are amongst this added bonus which breeds another set of wings to this already confident great winged bird of the musical skies.

The DVD is simply the Colour Me Pop Ogdens special, presented by Michael Dean with the band miming to the full B side of the album, with the microphones turned on where you can hear Marriott and Lane at times keeping the airwaves afloat with their timeless vocals. The one difference to any previously released version of this is TV special is the clarity of the visuals and the explosion of the quality of the audio. This is The Small Faces sounding as they should always be remembered. Marriott with his scorching vocals, playing the guitar as it is the only thing that matters to him almost serenading the guitar before wiping his nose to do a full on Pete Townshend windmill chord, he really is one of a kind, then you have Lane hanging at the back, bass low, keeping time to Jones on his powerhouse kit, lastly McLagan with his fingers all over the keys in wizardry effect.

In short this box set really is quite something. If you are lucky enough to get your hands on a copy you will not be disappointed, with a price tag in the region of £70 do not let the price tag put you off grabbing hold of this piece of rock greatness. Get Yourself Together for piece of the action!