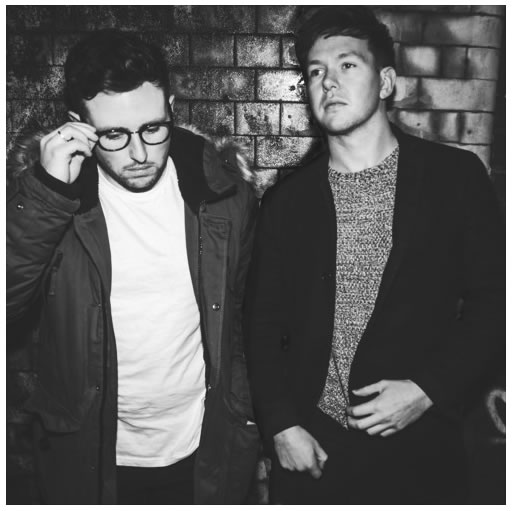 A slimmed down Sly Antics brought their sonic soundscapes to Salford’s Sacred Trinity Church. A fitting venue for their anthemic change of direction. Nigel takes it all in.

We’re used to bands adding members to fill out their ever-growing ambitions, but with extra weight comes extra responsibility. In a bid to cut the crap Sly Antics embark on a career as a duo – one guitar, (one very loud, screeching guitar) and a drummer who is so determined to destroy his kit it’s a wonder each gig doesn’t require a new one!

The focus for this gig is very much on the two men sharing responsibility and the limelight. Positioned together stage left and right, it couldn’t be cosier, and I couldn’t be happier with the shunt in a more progressive direction. We get a set punctuated by the familiar whilst introducing a wide array of influences from Pink Floyd to Dizzie Rascal.

The set opens to an electronic drone with Charlie Chaplin’s closing speech from The Great Dictator “We think too much and feel too little”, no doubt a slight on modern life, politics and this ‘me me’ generation, before bursting into new track Chemicals, and the audience is rapt. It’s slow and deliberate. It’s still Sly Antics, but it sways and arches in a powerful, new, non-funk direction, punctuated by a soaring chorus and layered with Sam’s electrifying lead!

New single Reality is premiered live for the first time and continues the theme. We reviewed it here, remarking on its anthemic qualities – the pressure building before spilling over into a huge orgasmic explosion. It loses nothing of its potency live, somehow gaining even more depth and feeling in these religious confines. Lights Go Down gets a rapped midsection – (why play the songs in the same way I say?) with its Fix Up Look Sharp Dizzie rap breaking up an extended freak out of a track, previously played semi-funk/rock.

New tracks Skive and Roads continue the more thoughtful direction with that arching guitar making its appearance. Extended, more progressive sections flesh out these tracks which feel hugely immersive in this confined space, with pews lining what has become the main auditorium. The familiar Motion segues into the epic Wake Up before Sunday Fear closes the set.

It takes time for a new sound to bed in and this is a huge step up from their debut as a duo at The Star and Garter at the end of last year, the performance tonight showed the band in a new light. Gutsy and determined, the two lads putting on one hell of a show!