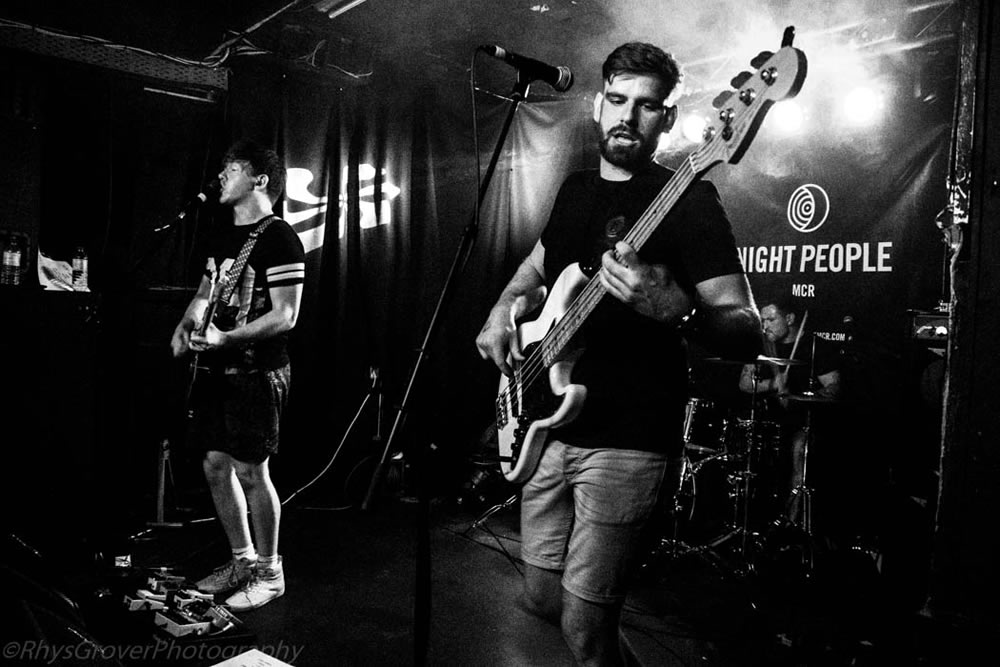 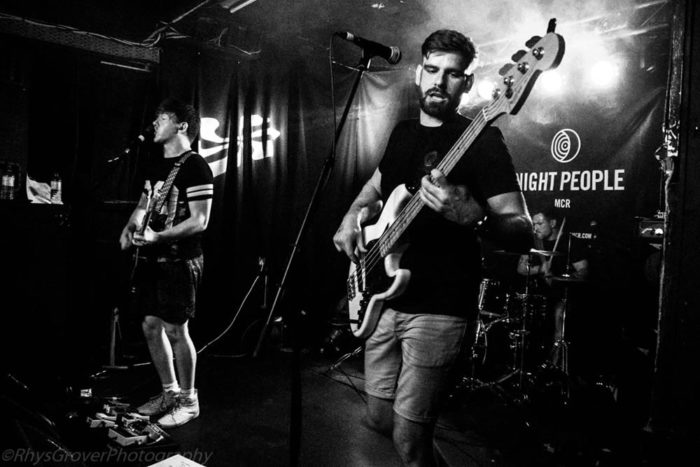 Sly Antics, the funk-rock three-piece from Hebdon Bridge crashed Night People on Friday on one of the hottest nights of the year. Nigel Carr chilled by the venue’s air-con (and a few beers) reports back for Louder Than War with photos by Rhys Grover.

I reported on Maker a few months ago at Night & Day, about how a band can completely gel on stage. A knowing wink here, a nod of the head there and everything flows naturally like they were just meant to be together. It’s the perfect gig, everything falls into place, there are no awkward moments, silent air or ‘logistical’ difficulties, the moment is pure, uplifting and invigorating.

Sly Antics have achieved that level of purity, that depth of perfection and it’s a complete joy to watch. Attacking from the back where Lee Hudson punishes his poor drum kit to Sam (Lead) and Chris (Bass) at the front, they completely own the stage. As the sweet shop owner in the original Willie Wonka film sang, they were born to do it. 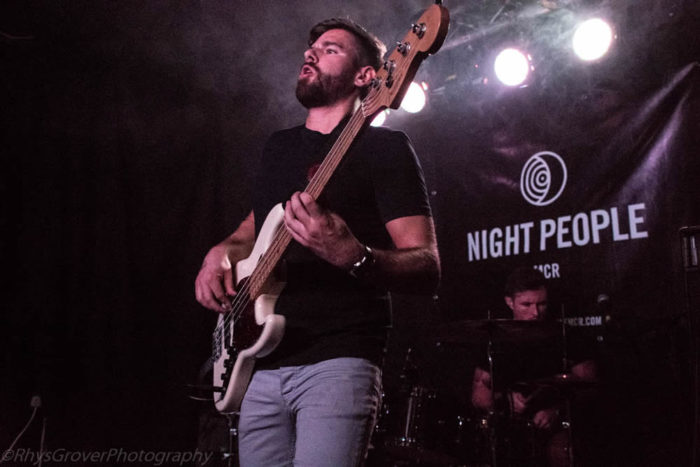 It takes years of continued practice for a band to be this tight. All three, completely accomplished musicians doing what comes naturally – enthralling this Manchester crowd from the pummelling primal beats of Motion to the extended freak-out of Sunday Fear.

In a packed Night People, thankfully cooler than the hazy summer air outside, the band hammers through their rich catalogue of high octane, funk-infused anthems, including highlight Bin Juice, the new single which was released last Friday. The track sees a fully clad Sly Antics fox handing out drinks from a plastic bin stage left – a section of the audience keen to taste what bin juice tastes like!

Citing influences as diverse as Sly & The Family Stone and Royal Blood, Sly Antics continue to create a dense mesh of funk-fuelled rock – music to lose yourself in. It’s visceral and infectious and it’s coming to a venue near you. Catch them live – check out their upcoming gigs below.

All words by Nigel Carr. More writing by Nigel on Louder Than War can be found at his Author’s archive. You can find Nigel on Twitter and Facebook as well as his own website. All photographs by Rhys Grover© whose is on Facebook & Flikr