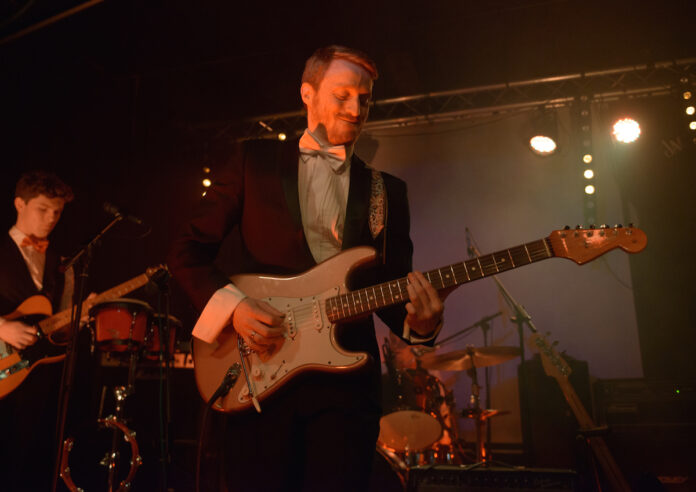 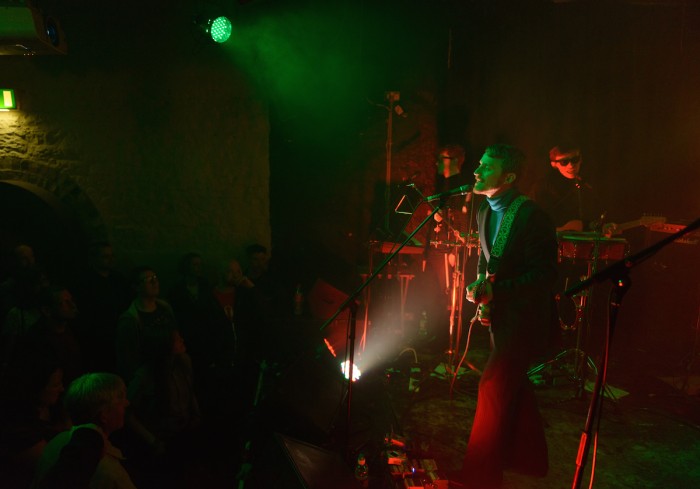 On the eve of the release of his new album, Ian Black brings his latest project SLUG to life in one of Newcastle’s finest venues. With the band dressed in their Sunday best and a plethora of incredible pop ditties, this evening was going to be anything but dull!

Tonight sees North East music maestro Ian Black, launch his new album under the moniker SLUG. RIPE sees Mr Black take inspiration from across the musical spectrum and present them in some of the most bizarre ways possible. However, this evening opens up with a current member of Field Music member Razzamatazz Lorry Excitement.

Razzamatazz has been a mainstay on the local scene for a long time, yet of late he’s been rather quiet. Tonight he’s back with a veritable feast aural goodness, with the Cluny’s soundsystem pushed to its limits. Razzamatazz proceeds to dazzle everyone with his own brand of disco house, he is undoubtedly one of my favourite local acts and hopefully this signals his return. 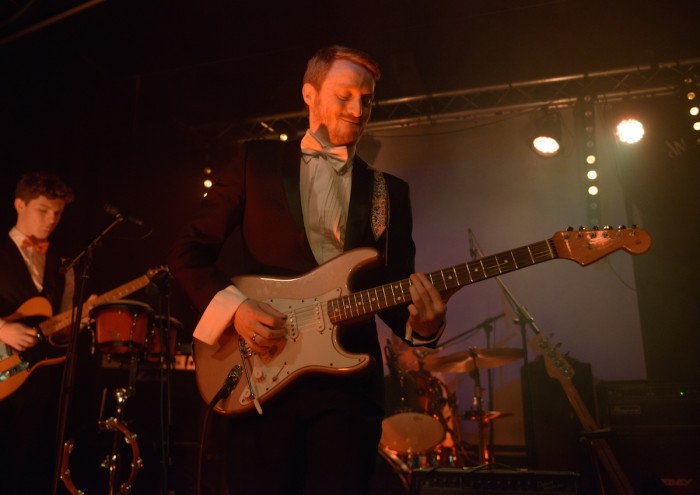 As SLUG take to the stage, it’s clear to see there is no expense spared as Mr Black and his band are all dressed in their finery. They open with the tongue twistingly brilliant Cockeyed Rabbit Wrapped In Plastic, its fuzzy guitars fill the air as Mr Black suavely serenades this packed out audience. Yet what still amazes me is how they manage to get the title of the track out, it’s a true tongue twister!

They continue their onslaught with a barrage of incredible tracks including latest single Greasy Mind; another jaunty ditty that whips this crowd into frenzy. To say that Mr Black has a knack for a great hook is undoubtedly true; whilst these tracks may not be your average they conjure the most interesting imagery.

Eggs and Eyes is perhaps the most out there, as he contemplates the bizarre differences between eggs and eyes. It’s not your average subject matter, but tell me something that is average about this gig. That said that is what has made tonight-such an incredible evening. Yet the band have not yet played their trump card, as the band exit the stage. 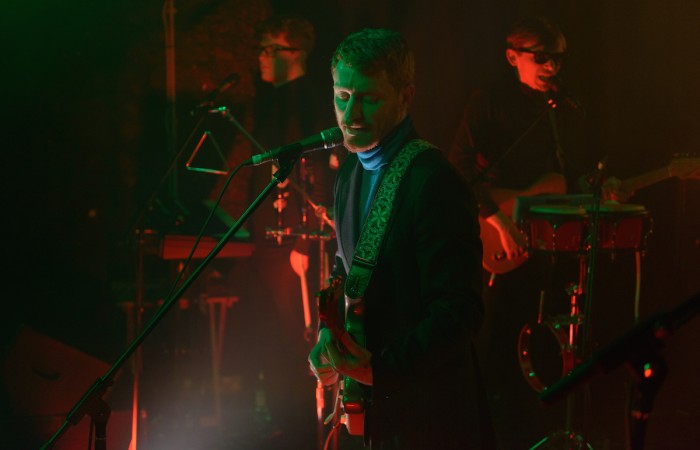 A short video plays before SLUG re-emerge having had a quick change of outfit, they’re back with yet another phenomenal track in Running To Get Past Your Heart. They have the whole crowd swooning with this bongo infused slab of pop music, it’s just another brilliant moment in a night.

The only thing we take unfortunate umbrage with is the lack of copies of the album, yet we’re gladly willing to overlook that as we had such a great time otherwise. So as we rush home to order our copy of the album we’re filled with adoration and excitement with for SLUG.