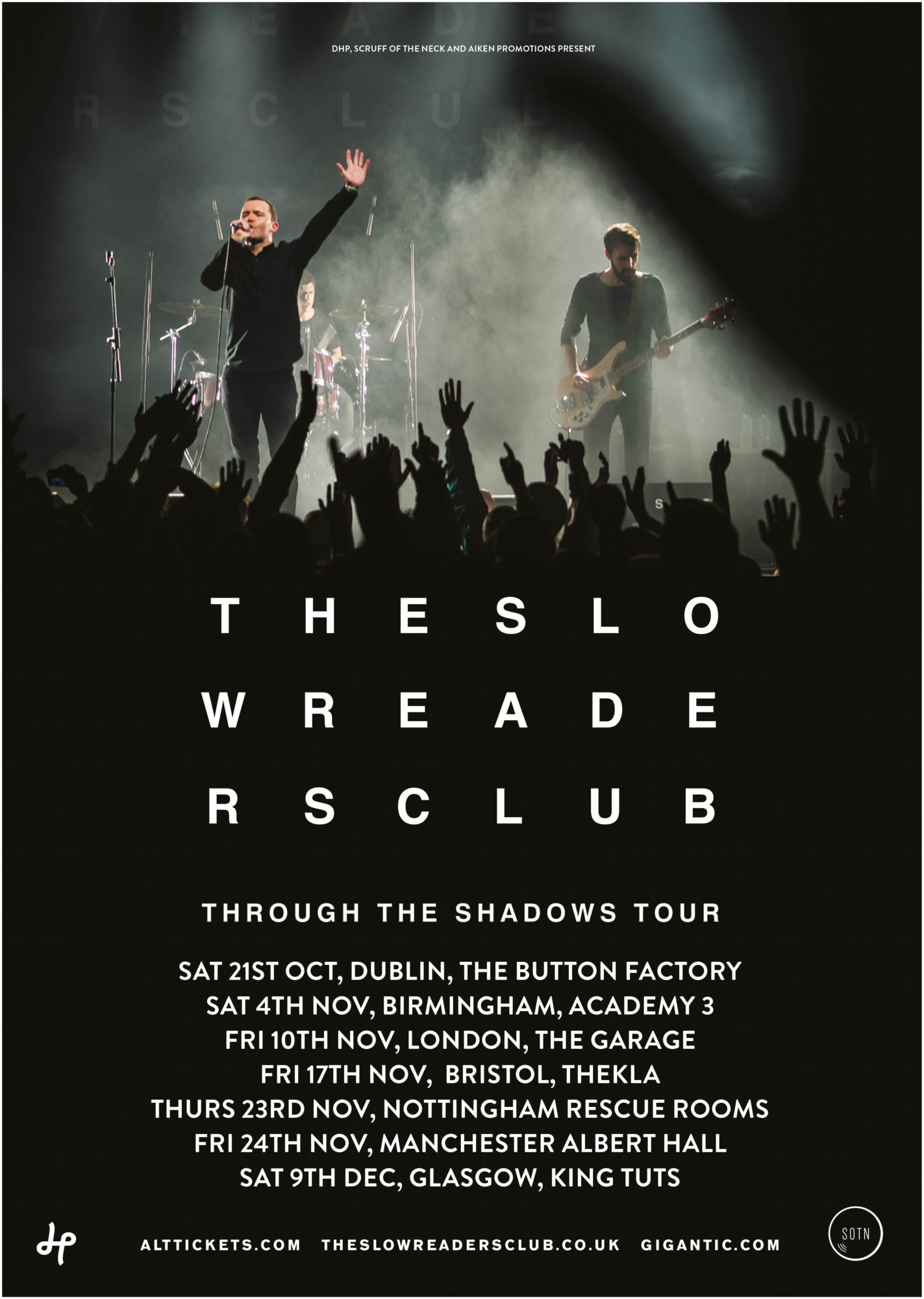 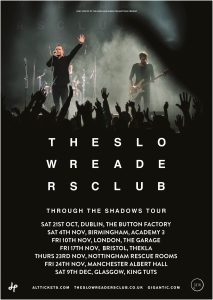 The Slow Readers Club continue their rise from one of Manchester’s best-kept secrets to one of the city’s finest bands with the announcement of their biggest tour to date in October through December and the tantalising prospect of new material to follow up their astonishing 2015 album Cavalcade.

Just three years ago, The Slow Readers Club were on the local circuit supporting touring bands and headlining their own shows in and around the Northern Quarter, but suddenly things started to change. A hook-up with local promoter Scruff Of The Neck, who they’re still working with, and a growing presence on the blogs that people take notice of, including our own here at Louder Than War where we’ve championed the band constantly, saw them start to move through the city’s venues from Night And Day to Academy 3 to St Philips Church to Gorilla and finally to a packed second stage headline at Ramsbottom Festival and their huge sold-out two months in advance show at The Ritz last November that really made their mark.

In between this they caught the ear of Jim Glennie and Saul Davies of James who tirelessly championed them and invited them on not one, but two UK tours in 2016, where their fan base expanded exponentially. Their main support slot at Castlefield Bowl in July with James is testament to the way the business recognises them as a major player in the city now as much as the love of one of the city’s finest ever bands.

They’ve expanded beyond Manchester too, selling out venues in London, Liverpool, Nottingham, Leeds and Dublin that much better-known bands on the circuit fail to sell out, as well as playing three ecstatically received packed shows at Dot To Dot Festival last weekend across the country. Their fans are a committed bunch too, and the “READERS” chant that started last year is now de rigeur at their live shows as strangers hug each other between songs as everyone joins in the acclaim of the band.

What’s even more astonishing is that they’ve done this without the aid of a manager and a record label. Cavalcade was self-funded and on to its umpteenth repress now, shifting by the bucket load both online and at their shows. All four of them – Aaron Starkie (vocals), Kurtis Starkie (guitars and backing vocals), Jim Ryan (bass) and David Whitworth (drums) – are currently holding down full-time jobs whilst being in the band, but that looks set to change very soon if the two new songs they’ve previewed live already – Lunatic and Through The Shadows – are any indication.

They’ve got a busy summer ahead of them too, a main stage set on the Saturday of Isle Of Wight Festival beckons alongside Arcade Fire and Catfish And The Bottlemen on 10 June followed by the James support and a return to Victorious Festival in Portsmouth in late August. In between those dates, they’ll be in the studio writing and recording material that they hope to reveal on the tour.