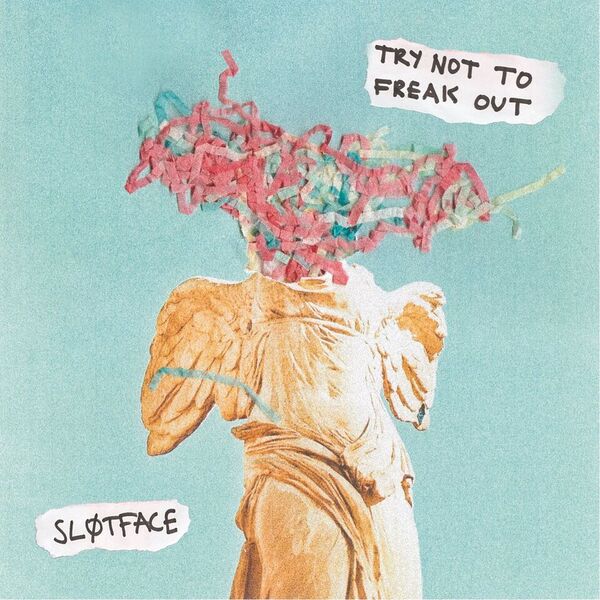 SlØtface:  Try Not To Freak Out

Barely keeping your life together is a common rite of passage in your early twenties. You could argue that the process starts even earlier nowadays and that it only finishes when you retire and watch Catchphrase re-runs all day from a La-Z-Boy, on a diet of Cup-A-Soup. Norwegian quartet, SlØtface, give their pleasantly-misspent adolescence a rousing send-off on their debut album, Try Not To Freak Out. Shunning morbid nostalgia, they head down the uncertain road of their third decade with energetic, gutsy indie rock defiance.

Whilst narky and punky, with invigorating ‘woo-oohs’ and guitars abrasive as belt-sanders, opener Magazine is also subtly sensitive. It’s the lead singer, Haley Shea’s ‘break-up’ record, binning a toxic mindset rather than a significant other. She ditches media-driven body aesthetics, geeing herself up with the refrain, “Patti Smith would never put up with this shit.” What first seems like a straightforward middle finger to Photoshop ends up pointing the finger at how the media gets under your skin, as sadly, “thunder thighs keeps reaching for the measuring tape.”

Galaxies, Night Guilt and the title track all examine vulnerability, from the loneliness of feeling worlds apart from another, through sleepless fretting, to scraping baseline sanity on a daily basis. Wistful tales of shared sleepover whispers and giggles fill Slumber, along with watching crap horror movies from the soft cocoons of sleeping bags. Its poignant conclusion, “As a child I know/ That I’ll never have friends like these again” brings a recognisable clash of innocence and experience.

Empathy overload should be reached with Pitted. Everyone’s lurched between that ‘best of days’ and ‘worst of days’ feeling at teenage rampage house parties, where the slightest drunken detail can turn your mindset from ‘legend’ to ‘loser’. The band played many of their best formative shows at house parties, so they are most at home seeing the whites of the audience’s eyes. Their October UK tour, in compact venues like Bristol’s Louisiana, ought to bring this powerful intimacy to the fore.

A touch of the heavy rock synonymous with their hometown, Stavanger, underpins Nancy Drew, evoking the portentous sass of early-2017 Cherry Glazerr, or the breakout brashness of ‘90s Placebo. The eponymous literary heroine, an inspiration for many influential women, spends the song  “takin’ your boys’ club down.” SlØtface refreshingly rewrite the indie narrative from a female perspective – Tor-Arne Vikingstad’s guitar shredding sounding very much like the old indie manual being ripped apart.

Despite the album’s September release, Sun Bleached takes you through the emergence from a dark, freezing Scandinavian winter, rejoicing in the unusual frisson of sweaty feet and jean-clad sticky thighs. While your inner pedant screams “buy sandals and shorts,”  you cannot help but warm to SlØtface, your brand-new, extremely-candid, oversharing BFF.

You can see the lyric video for Magazine from the album here:

You can find Slotface  online here

All words by Jon Kean. He can be found online at @keanotherapy