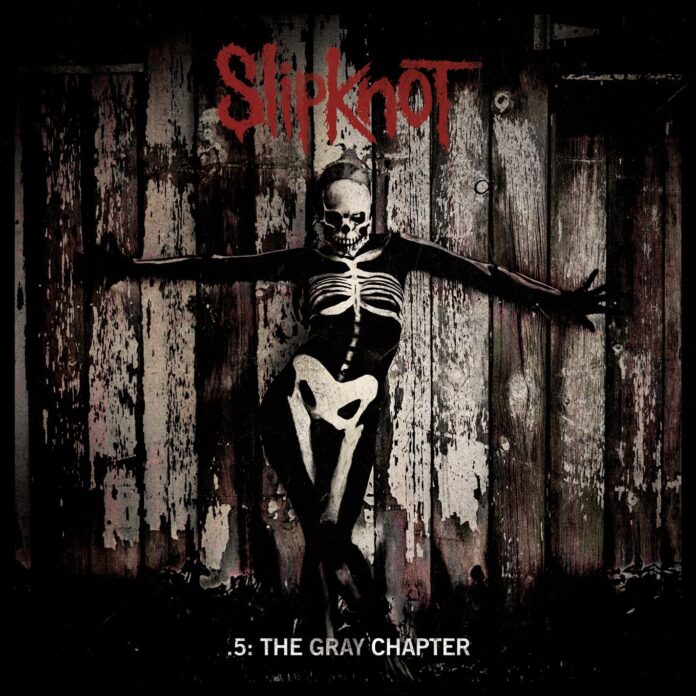 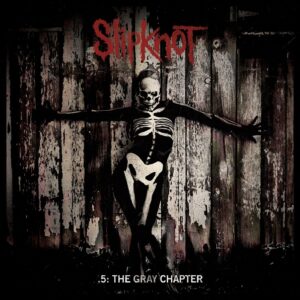 Metal’s most masked, Slipknot, pay hommage to their fallen founding member Paul Gray in their fifth album. But does it live up to the hype? Louder Than War’s Dom Walsh finds out.

Slipknot’s fifth album was always going to be one surrounded by hype and mystery. Who would replace the irreplaceable? Could the band deliver without integral songwriters? Do they still have the desire and fire in their hearts?

XIX opens the album with claims of ‘this song is not for the living, this song is for the dead.’ Immediately, the tone of The Gray Chapter is set out. Dedicated to the band’s fallen comrade, Paul Gray, there are several references to one of Slipknot’s founding members and fundamental driving forces. The opening track is raw and emotive with Corey Taylor sounding like he has rediscovered his vocal fire that was threatened with extinction in these quarters.

Any question marks over whether band still have their unrivalled fury are smashed right out of the park on Sarcastrophe. The blasts are furious and the down tuned riffs are bludgeoning. Taylor’s guttural vocals have some severe bollocks. It’s on AOV that Taylor really shows his vocal prowess with a rapid lyric delivery that no one would be able to match. His delivery along with the band’s collective musical snarl makes for a riotous amalgamation of aggression. Whilst sections of the lyrics are delivered at breakneck speed, the harmonious tone of Taylor also shines through. His ability to play on so many emotions is one of his defining features. Pure anger, and melancholia are either end of the spectrum and he delivers both with expertise.

The opening four tracks on .5 are a statement of intent from a band that has questioned their existence as a band with the tragedy and turmoil they have endured. The best thing about this is that it doesn’t feel forced or fake; this is a band that is in cathartic mode, dispelling any sceptics or naysayers. The Devil in I was play listed on Radio 1 in the UK, showing that the band still carries enough clout to satisfy the mainstream whilst keeping their ‘maggots’ happy.

Whilst the opening salvo is pretty much perfect, the Middle section of the album loses its way a little. Killpop doesn’t feel like a Slipknot track; it should live on a Stone Sour record. Perhaps that’s the influence of Jim Root’s song writing shining through. The song is heavy but feels watered down and out of place. Skeptic is another obvious nod to Paul Gray. The sentiments are completely warranted but the delivery feels a little lost in translation. Musically, the song feels like it is bitty and put together from too many different off its and ideas. Lech follows and seems like it is cut from the same cloth, however it feels a little more pure and the pounding rhythm that takes the track to its culmination is chest beating, classic Slipknot.

The band go into full introspect on Goodbye. Again, tributes are being paid and this feels like the way to pay tribute. Although disputed, it feels like a song for departed drummer Joey Jordison, as well as Paul Gray. The ending of the track erupts into more fury before it seamlessly segues into Nomadic. It’s here that the album begins to find its direction again. Although Nomadic pounds and batters away, The One That Kills the Least slows the pace again.

With the end of the Middle section of the album, Custer is an all out assault. The lyrics are vile, the tempos are monstrous, and the vocals are sinister. There is more than a whiff of Iowa era ‘knot in this one. It’s a definite highlight of the album, and as a whole piece, one that is needed at this point in the listen.

Be Prepared for Hell is a typical shrill Slipknot interlude before The Negative One brings about more classic era Slipknot. The undulating, down tuned riff and hellish sound effects wrapped around Taylor’s vocal again transport the band back to 2001. Album closer, If Rain Is What You Want sees the band in introspective and reflective mode once more. This time, they hit the nail on the head and see out what has been a tumultuous few years on record.

.5: The Gray Chapter is a triumph in the face of adversity. Whilst the record loses its way in parts, as a whole, Slipknot are masters of their craft and they show that there is still plenty of unaddressed aggression left in the tank. It is great to have them back, and their tour with Korn in 2015 will no doubt be a touring highlight of the year.

All words by Dom Walsh. More from Dom can be found at his Author’s Archive, he also tweets as @bwfcdom83.