Home Blogs Slint to tour the UK in August 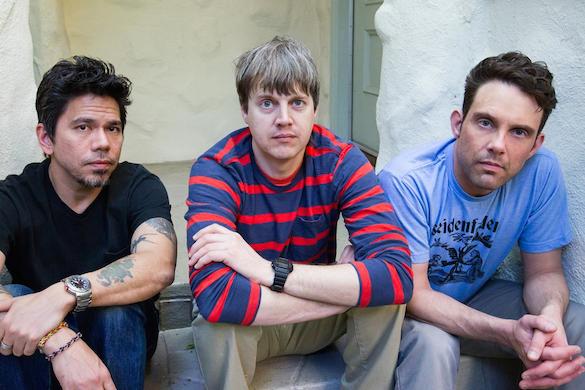 The band that put the post into post punk and pretty well invented the form Slint are back to tour in the UK.

Though largely overlooked during their relatively brief lifespan, Slint have grown to become one of the most influential and far-reaching bands to emerge from the American underground rock community of the late 80’s; innovative and iconoclastic, the group’s deft, extremist manipulations of volume, tempo, and structure cast them as clear progenitors of the post-rock movement that blossomed during the following decade.

The band’s recorded output, comprising just two full length LP’s: Tweez and Spiderland, is considered a crucial influence of countless rock & post-rock bands, ranging from Pavement to Mogwai. Stuart Braithwaite of the latter even wrote this piece for Clash recently about Spiderland and its importance to his band.

While Slint disbanded in 1992, the individual members remained extremely productive, contributing to seminal bands like The Breeders, The Palace Brothers, Tortoise & many more. The band reunited officially in 2007 for a well received run of concerts.

Earlier this year Touch & Go Records and the band compiled an ambitious expanded edition of Spiderland, remastered by Shellac bassist Bob Weston. The limited edition sold out ahead of release but a slimmed down version of the set is released on June 24th.

The reissue includes a bonus disc of demos and rarities plus a DVD of “Breadcrumb Trail”, a documentary by Lance Bangs about Slint and the making of Spiderland; the film also received a theatrical release. To celebrate the release of the film and the Spiderland set, Slint have announced another brief run of British and Irish live dates.