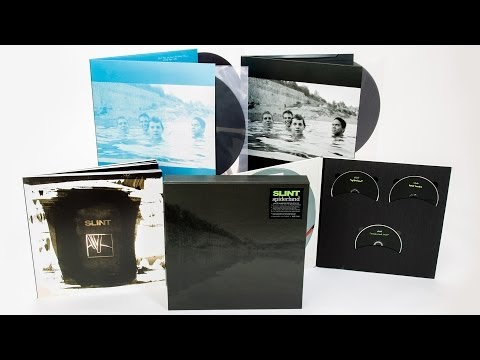 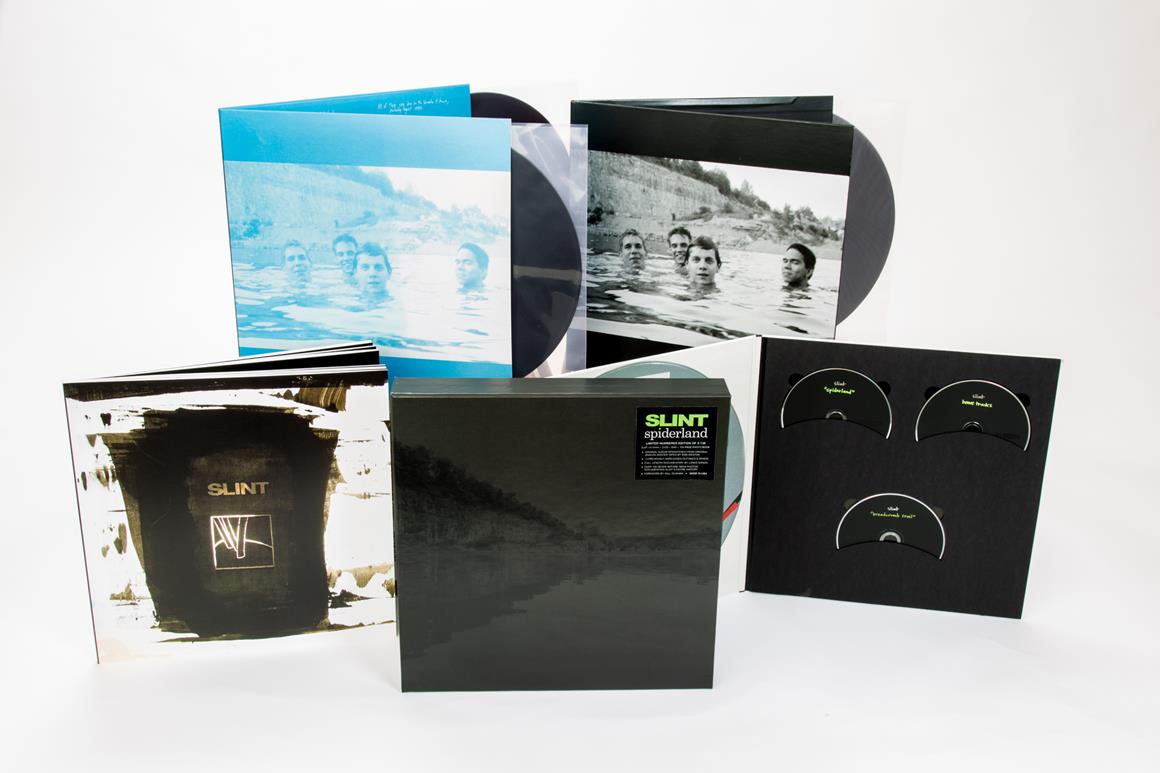 Spiderland (Remastered) Box Set To Be Released On Touch And Go Records April 15th. It’ll include fourteen previously unreleased outtakes and demos and a 104 page booklet with will oldham foreword plus “Breadcrumb Trail”, a 90 minute Lance Bangs documentary.

On April 15th, seminal Louisville band SLINT will release a deluxe box set version of Spiderland on Touch and Go Records which is now available for pre-order.

The box set (see track listing below) will include:

The Spiderland (remastered) Box Set is now available for pre-order directly from Touch and Go Records. Pre-orders received prior to March 8 will receive a free T-Shirt created from the recently discovered silk screen that Slint personally used to hand print their one & only 1989 tour T-shirt. These shirts will only be available with box set pre-orders from Touch and Go Records. They will not be sold separately or in stores.

Some Accolades For Spiderland over the past 23 Years:

I first heard Slint before they were called that, but the difference between them and their contemporaries was already in concrete. From the outset they made music to suit themselves, not an audience, and their dogged pursuit of the sound of their imagination is still utterly unique. Tendrils of continuity between the doom of heavy metal, the drama of modernist classical music and the rude musk of punk may not be apparent at first glance, but they glow like a web when illuminated by the fire of Slint’s muse. Nobody thinks about their music, or music itself, like Slint. Love this fucking band.

Spiel about the band by Steve Driesler.

“SLINT formed in 1986 and their first album Tweez was recorded with Steve Albini the following year. It was released on the minuscule Jennifer Hartman Records and Tapes label in 1989 (later reissued by Touch and Go Records in 1993). In the fall of 1989, the members of SLINT scattered to various colleges throughout the Midwest. Over four days in August of 1990, SLINT recorded their second album, Spiderland, and the world would never again sound the same. Produced by Brian Paulson at River North Recorders in Chicago and released by Touch and Go Records in April of 1991, the six songs on Spiderland methodically mapped a shadowy new continent of sound. The music is taut, menacing, and haunting.  The eerie, now-iconic black and white cover photo of the four band member’s heads breaking the surface of the water was taken by their friend Will Oldham. PJ Harvey was among the respondents to the band’s call for interested female vocalists on the back cover.”

“Spiderland spawned a whole new genre, frequently called Post-Rock, and came to be regarded as one of the most important and influential records of the past thirty years.  The album was introduced to a wider audience when the song “Good Morning, Captain” appeared on the soundtrack for Larry Clark’s controversial 1995 film Kids. In 2010, Spiderland was enthroned in the popular and acclaimed 33 ⅓ series of books about seminal record albums.  SLINT broke up shortly before Spiderland was released. Band members went on to play in Tortoise, the Breeders, Palace, The For Carnation, Papa M, Evergreen, Interpol, and the Yeah Yeah Yeahs.”

“When I first heard Slint Spiderland, I just sat and listened to the whole thing with my friend Brian, and I’d never heard anything like it before. It just was… it ran the gamut from these big, you know, loud, angular, scary guitars, you know, and everything down to like the slowest, quietest, 8 1/2 minute ballad.”

In 2002 the concept for the video for the Shins song “New Slang” was to ape the covers of a slew of beloved (by James Mercer) punk and indie-rock records, including Slint’s Spiderland, with footage of the Shins replacing Slint in the quarry water.  ”I thought it was pretty cool that only certain people would get it,” says Shins frontman James Mercer, ‘It was sort of a cryptic way of giving a salute to all of these influences.”

— James Mercer of the Shins.