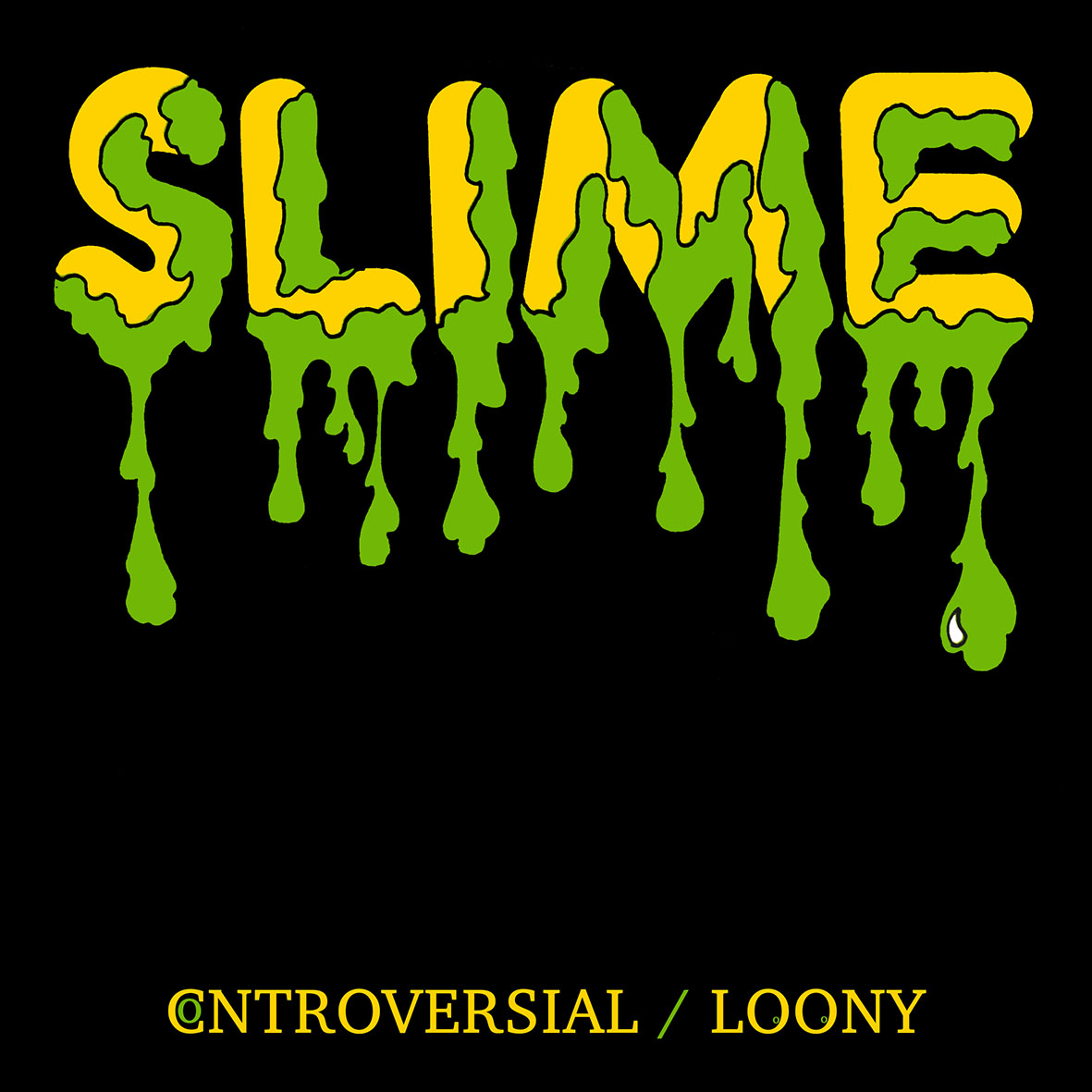 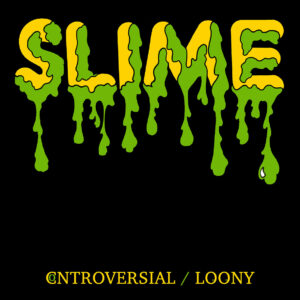 ‘Controversial’ Interview with Slimey Toad from the Johnny Moped Band and Slime.

Slime: Controversial / Loony – the Classic Punk Single  by the Johnny Moped offshoot band fronted by the legendary Slimey Toad has been re-reissued, and here to celebrate it is a World Exclusive Interview with Slimey Toad himself -aka Simon Fitzgerald.

The Simon “Slimey Toad” Fitzgerald SLIME Interview   (c) Mark Williams 2017
(Mark) Please tell us how your one off solo band SLIME was formed way back in 1978?

(Slimey) What happened was Johnny Moped/Paul Halford wasn’t around for rehearsals, gigs or recordings, so in the do it yourself spirit of punk rock the vibe was still happening so I decided that as I had a couple of songs I would just put them out myself, so that’s what we did.

Did you come up with the band name?

Yes, it just had to be that way and the only name that I could use, a progression of the Slimey Toad name.

Where did you meet the other members of SLIME namely Dave “Jock” Tate on drums & Phil “Jock” Sayers on vocals and bass, where they local lads too?

These guys were good friends of mine and we had been playing music in the Caterham Valley together for years and I also used to play football with the Phil “Jock” Sayers for many years too on the local pub circuit. He is in Australia now and we keep in touch via Facebook but I haven’t seen Dave “Jock” Tate for 40 years so I hope he is keeping well?

How did the record label Toadstool Records (run by Chris Goodness who owned a chain of local record shops back in the 70’s) come about?

It was just a natural progression of the name Slimey Toad to Slime and then Toadstool Records, Chris Goodness decided to call the actual record label Toadstool Records and got all that side together including the artwork and whoever he got to do the artwork did a really good job too.
I took care of the recording side of things in the same place as Johnny Moped recorded there album Cycledelic which was at Richmond studios.
We did a few sessions for a little while there.

Do you still own one of the legendary Goodness Records carrier bags? (JOKE)

Can you remember any good stories about the original Goodness Records shop, which was located at 16 Godstone Road, Caterham, which was open to the mid 80s I believe?

No, I was just a regular customer really and got chatting to Chris Goodness and the rest is history. Chris eventually disappeared after the closure of his remaining record shop on the Godstone Road, Caterham and the last time I saw him he was working as a taxi driver.

Can you remember if there where any other releases on Toadstool Records?

No other releases were ever released on Toadstool Records.

Did you do any local live dates to promote the single Controversial/Loony?

No, but Johnny Moped seems to think we played them both live at the Tramshed and still remembers all of the lyrics too! But I’m still not sure if we did or not?

Was the original SLIME 7 inch single released on coloured vinyl too?

No it was released on 7 inch black vinyl only.

Did you originally plan to do a full album with SLIME?

No just the single, and with the new wave scene emerging after punk rock It was an opportunity to say lets feel the water and put something out.

Was any thing else recorded under the SLIME name?

No, we only ever did two tracks which we just worked on, recorded and put out ourselves.

Where the other members of Johnny Moped supportive of your solo venture?

The band at the time was stop/start so I didn’t see them so much back then whilst I lived in Caterham and they were living in Croydon.
The single was my kind of thing, my experiment if you like, punk/new wave was all about if you knew two chords then just record a song and put it out. I just wanted to express myself really and it was also an opportunity to record these two songs and give them an airing. And we had cheaper guitars back in those days too!

Did the original single release on Toadstool Records sell well?

I didn’t ask Chris Goodness about the figures as he could have asked me for money. I only ever had a verbal contract with Chris and never signed a written contract either. Our main intention was just to put the single out nothing else. But on the other hand I’m not a vegan so will accept fivers and other stuff.

What made you decide to re-release the single over 39 years later on Damaged Goods records?

Ian Damaged approached me to re-release the single on his record label Damaged Goods Records and I just said yes if we can find Chris Goodness and get the master recording from him that would be great.  But you need to ask Ian how he managed this though.

(I asked Ian Damaged  and he said…

The answer is, we didn’t, we couldn’t track down Chris Goodness the chap who used to run Goodness records (and put it out originally) who had vanished and Toad didn’t have a clue either. So I got hold of a mint copy of the original 7” and re-mastered it from that…Noel Summerville did the mastering side and made it sound as good as the original to my old ears at least. Cheers, )

Are you doing any solo shows to promote the release or are you too busy with Moped at present?

There is no SLIME band for obvious reasons, but the songs Controversial/Loony may be included in future Johnny Moped live sets at the Lexington, London or Rebellion, Blackpool depending on what songs we are asked to play at the gigs by our Manager.

Many thanks Sinon/Slimey for taking time out to chat to me. I look forward to seeing Johnny Moped live again later this year. ( Mark Williams )

The SLIME single is available now on Damaged Goods

Interview originally published on Smash-It-Up.com. Thanks to Mark Williams for allowing LTW to re-publish it.