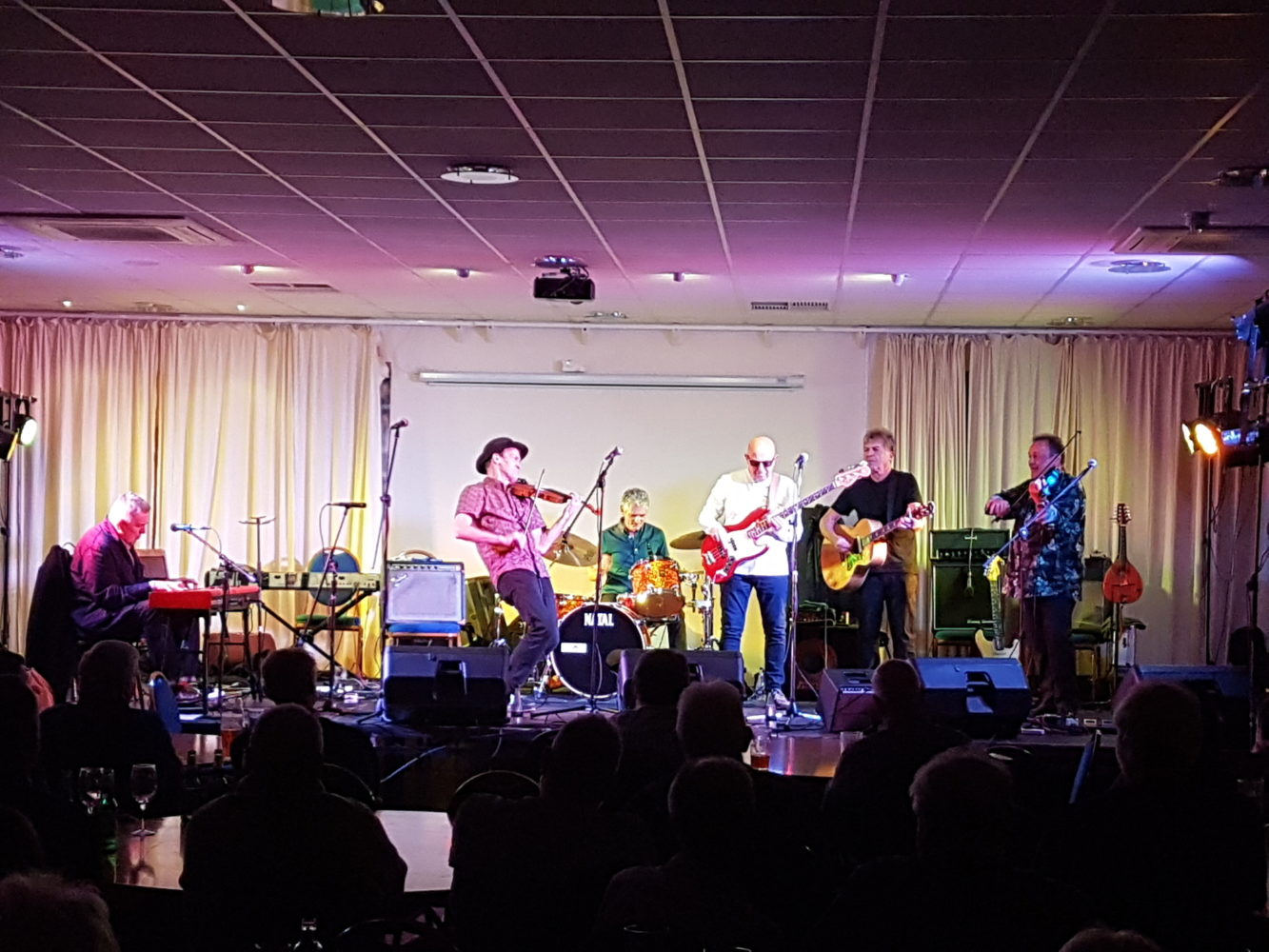 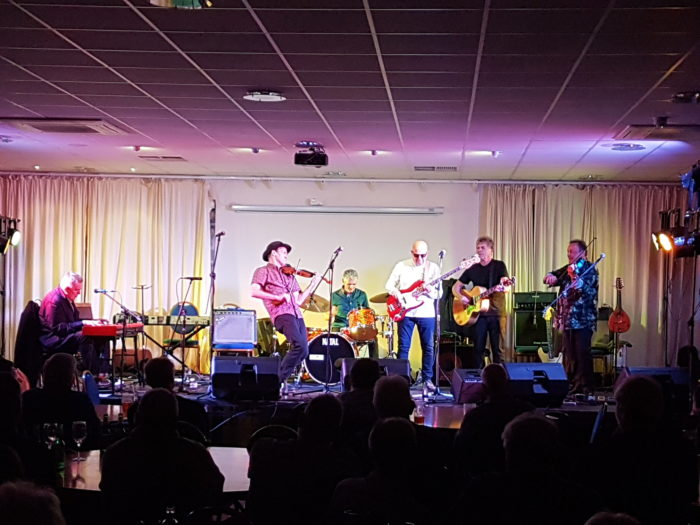 Following on our review of their latest LP, we caught up with Slim Chance in a live setting at The Clarets Bar on the grounds of the Chelmsford City Football Club. A great double bill put together by Nick Garner from It’s Your Music attracted a sizeable crowd of local music aficionados. First on was The Ugly Guys, a great band from Southend-on-Sea that we already reviewed when they played The Half Moon in Putney a few years back. They feature Paul Shuttleworth and Vic Collins (formerly from The Kursaal Flyers), Steve Oliver, Bob Clouter (former drummer with the great Mickey Jupp) and new bass player Nevil Kiddier. It was their first gig since Paul’s heart attack at The Chelmsford Art and Culture Festival this summer. Starting with the jangly “The Hard Way” (which wouldn’t have sounded out of place on a Tom Petty and the Heartbreakers album), the band then moved to countrier pastures with “Heart River Falls” before giving an airing to their Glenn Campbell homage “Neon Sky”. The band certainly were firing on all cylinders rocking confidently on “Rose Tattoo” but the highlight of the evening was “Neil Young in the Dark” that Paul dedicated to his wife. 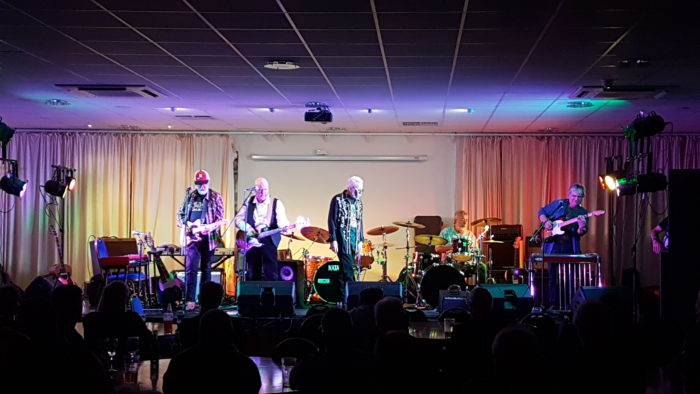 After such a great first half, it was on to new highs with Slim Chance’s set with started (appropriately) with “Well, Well Hello (The Party)”. With three albums under their belt, the band have a wealth of material to choose from and its inevitable that your favourite Ronnie Lane track or Slim Chance original might get a miss but the band certainly know how to build a good set. All members got a turn at the mic with Charlie Hart singing the great “Kuschty Rye”, which remains one of Ronnie Lane’s catchiest songs, while Steve Bingham sung his very own “Flossie Lane”. Their rearranged version of “Debris” really was the price of the ticket alone, Geraint Watkins on lead vocals and organ, Charlie Hart on piano and Steve Simpson on lead guitar managed to turn the song into an epic track with a great coda. As usual the fiddle duel between Charlie Hart and Steve Simpson on “Anniversary” proved to be a show stopper and the band’s take on two excellent Billy Nicholls solo tracks proved that he is a perfect fit for Slim Chance. “Ooh La La” with Steve Simpson leading the proceedings on vocals and mandolin closed off the main portion of the show before a two song encore including “Let’s Go Home” (again an appropriate choice) and “Goodnight Irene”.