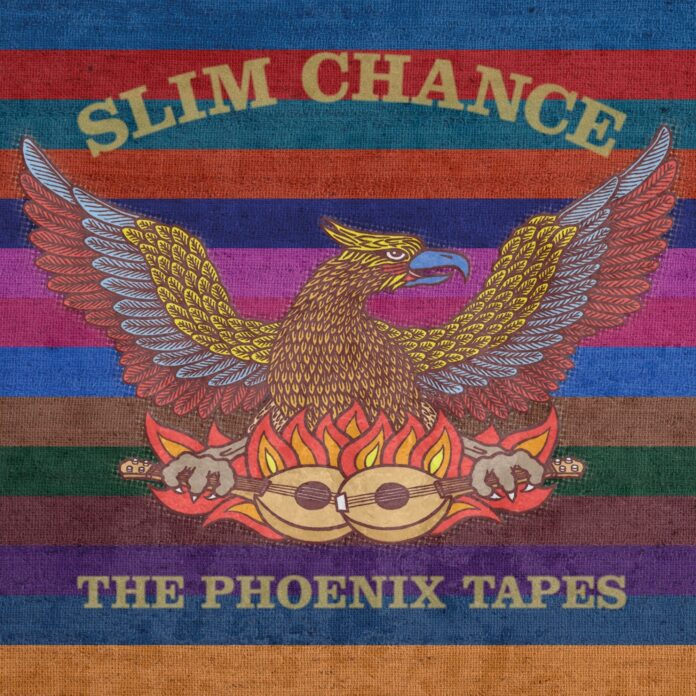 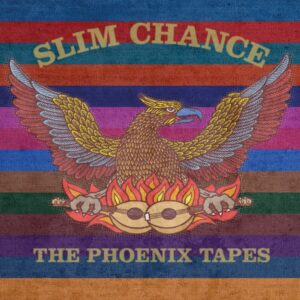 With their live activity curtailed by the pandemic, the members of Slim Chance chose to spend their time wisely and revisit their archives to uncover gems that had been left off from their three previous LP’s. All the tracks were posted on YouTube during the first lockdown and are now neatly compiled on The Phoenix Tapes. The band stick to the template of their last two albums by mixing Ronnie Lane songs, well-chosen covers and  originals for what proves to be a good memento of all members past and present of the band since they reconvened in 2010.

The Slim Chance followers will be pleased that staples from the live shows that were never included on the albums finally make an appearance. Steve Simpson’s remarkable take on Stone with its bluesy picking and the show stopper Anniversary, which never fails to bring the house down with the Fishpool Philarmonic’s duelling fiddles, being two prime examples. The legendary Alun Davies who worked with Cat Stevens for most of the seventies (and again when Stevens returned to making records on a regular basis in the mid-noughties) covers On the Road to Find Out from Stevens’ 1970 LP Tea for the Tillerman.

When Alun decided to retire from Slim Chance a few years ago, the Yorkshire based singer-songwriter Des Horsfall was invited to join the band and a great version of Roll On Babe is a testament of his short (but sweet time) in Slim Chance. Charlie Hart who recorded most of the tracks of this release at his own Equator Studios does a fine vocal spot on the rollicking You’re So Right and Steve Simpson unearths an excellent latter-day Roger Chapman song (All Too Soon). Billy Nicholls who recorded with The Small Faces in the sixties revives his own Travellers Joy with the help of Pete Townshend on backing vocals and electric guitar. A fine compilation that shows the band’s musical versatility. 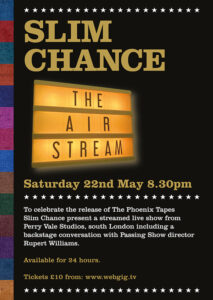 To celebrate the release of the album, Slim Chance will be playing a streamed live show from Perry Vales studios on Saturday the 22nd of May which will be followed the next day by a screening of Rupert Williams’ excellent documentary on Ronnie Lane: The Passing Show.